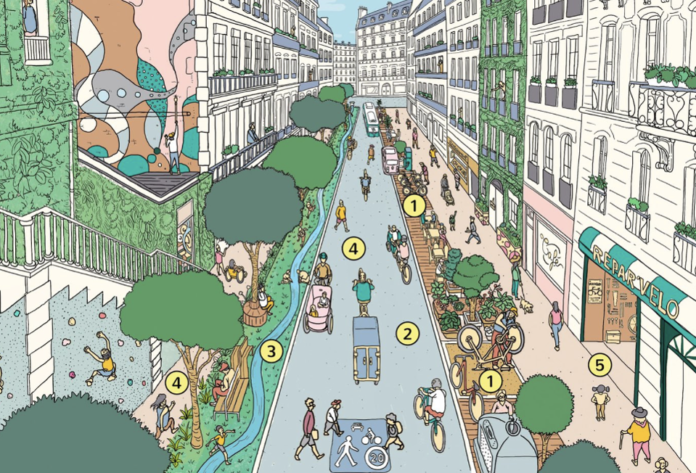 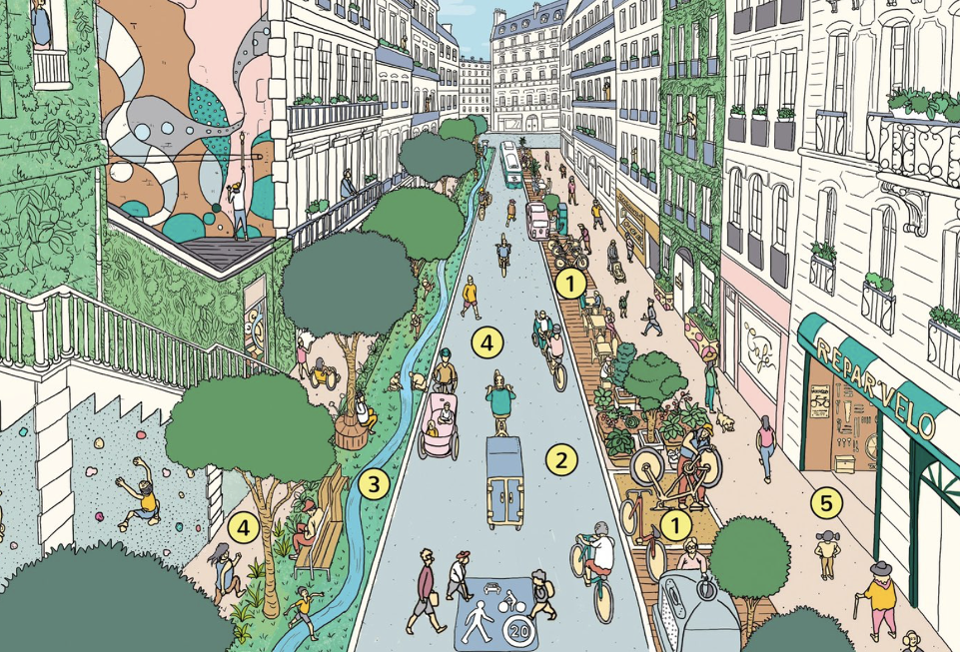 Automobile supremacy is a virus, too.

How the ‘15-Minute City’ Could Help Post-Pandemic Recovery, by Patrick Sisson (CityLab)

The Covid-19 crisis in the U.S. has torn a hole in city budgets, decimating urban economies across the country even as infections continue to roar back and the specter of second-wave lockdowns loom. Las Vegas faces “the most serious fiscal crisis” it’s ever faced. The pandemic is hitting Houston’s finances harder than Hurricane Harvey, according to Mayor Sylvester Turner. Tallahassee, Florida, city officials are trying to “defuse a time bomb” due to $23.4 million in lost revenue this year. Local governments may face a cumulative shortfall of hundreds of billions of dollars, small businesses are closing at staggering rates, and when the temporary boost in unemployment benefits expires, municipal sales tax shortfalls may get even worse.

An international coalition of cities believes that the only path forward for mayors is funding green stimulus plans focused on job creation. The newly released Mayors’ Agenda for a Green and Just Recovery, released July 15 by C40 Cities, an international coalition of urban leaders focused on fighting climate change and promoting sustainable development, was developed by the organization’s Global Mayors COVID-19 Recovery Task Force. The far-ranging series of plans offers a green prescription for financial stabilization that emphasizes several familiar pillars of progressive urbanism — renewable energy investment, energy-efficient buildings, improved mass transit, and spending on new parks and green space. One core idea: Cities are the “engines of the recovery,” and investing in their resilience is the best way to avoid economic disaster.

One of its recommendations has a more novel ring to it. The agenda recommends that “all residents will live in ‘15-minute cities.’” That term echoes the transformative ambitions of Paris Mayor Anne Hidalgo, who has doubled down on car-free transit and pedestrian infrastructure in the French capital. Hidalgo made the idea that Parisians should be able to meet their shopping, work, recreational and cultural needs within a 15-minute walk or bike ride a centerpiece of her recent reelection campaign. The C40 proposal suggests that following such a model would help global cities live up to the document’s promise of equitable access to jobs and city services for all, and rebuild areas economically hard-hit by the pandemic.

“Fifteen-minute cities, micromobility, and more space for walking and biking are innovative solutions that will help our cities rebuild and restore our economy while protecting lives and cutting dangerous pollution,” Carol M. Browner, former EPA administrator and board chair of the League of Conservation Voters, said in a statement supporting the agenda …