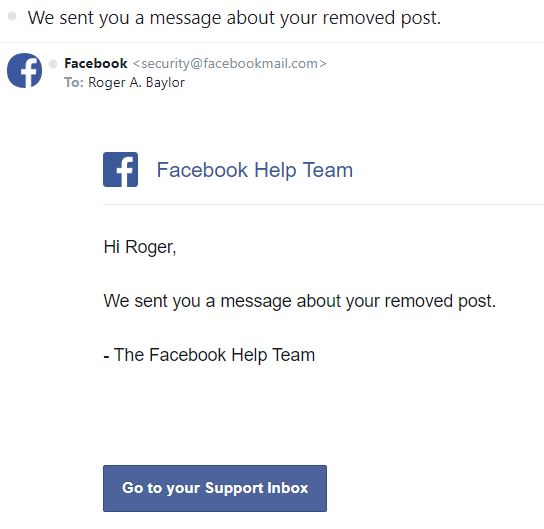 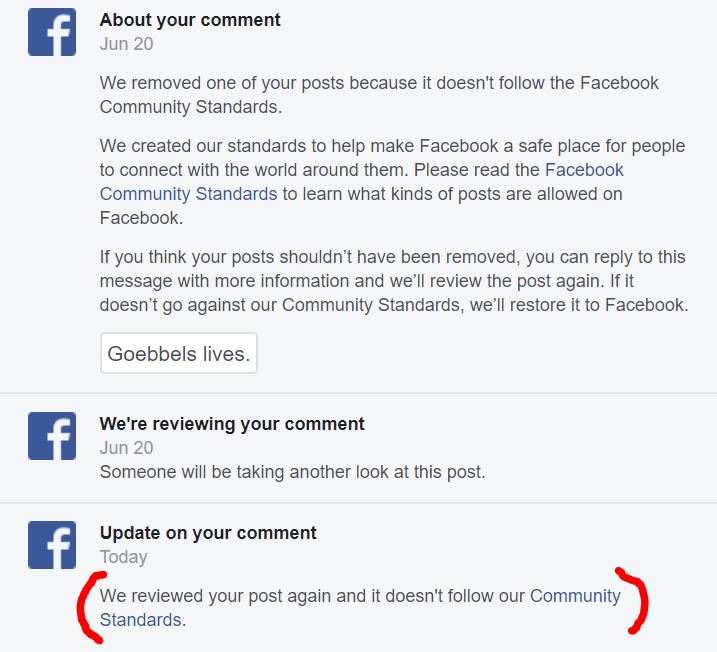 It was Gwobbels whodunnit: Greetings from Facebook gaol, where I’m serving a sentence for being historically accurate.

Cuz Big Brother Zuckerberg says so. In the absence of human contact, that’s the best explanation I can find.

This article from March from Forbes goes further toward explaining why the mere mention of Goebbels merited intervention than anything Facebook has said to me, or intends to say.

Whatever. I’m a socialist, not a fascist, and I’m unrepentant. A big lie’s still a big lie, eh? And when Jeff Gahan claims to be a street safety savior and Jeff Speck agrees, then that’s a great big lie even by Gwobbles’s standards. 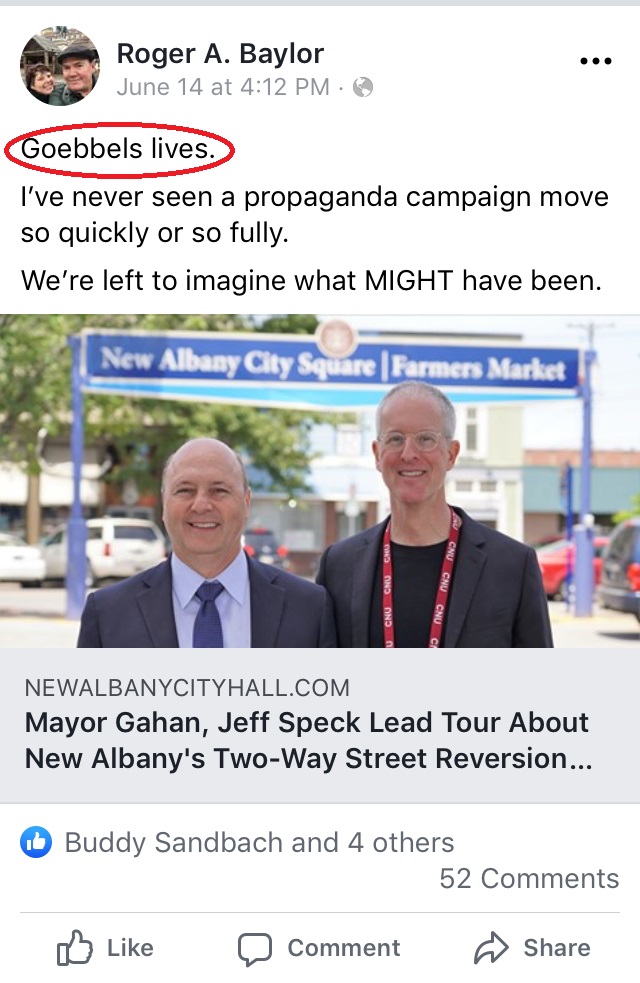