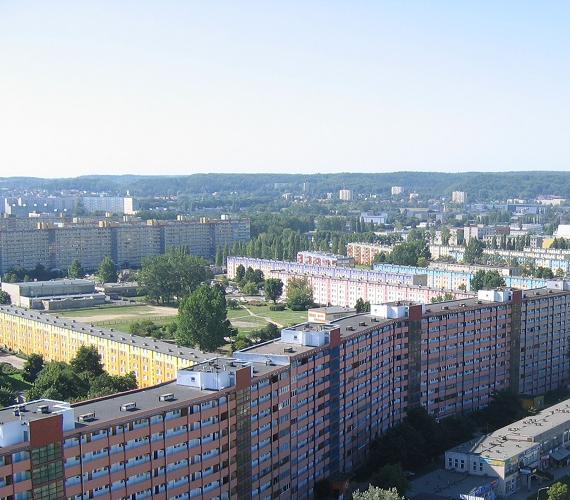 Gdansk, here we come — well, in a bit. While other tourists remain marooned in the heart of the rebuilt old town, I’ll be looking for the bus that takes me to the Falowiecs. I’ll have a beer, and perhaps a sausage.

This might be of interest to some. It’s where Lech Wałęsa lived during the time of Solidarity.

Before Lech Wałęsa was thrust into the limelight and into the history books from the beginning of the 1980s, he lived like most of his co-workers in one of the huge housing developments which were built up around the city. While the picture of a grey socialist tower block may not be most people’s idea of a desirable residence, to have your own flat in Zaspa and similar developments were long-term ambitions for most Poles. 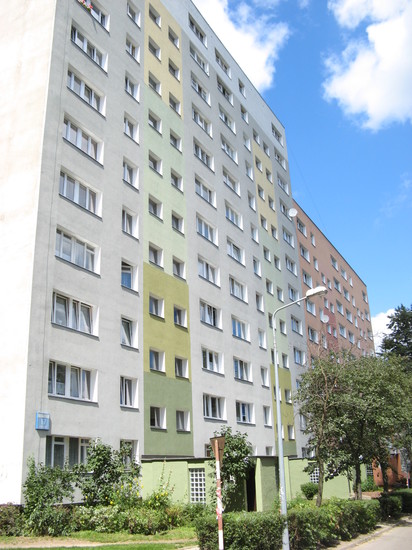 I’ve underlined a relevant passage in this excerpt because it’s what I’ve been telling people since the 1980s; there are at least as many things right as wrong about the Falowiecs.

Long derided as relics of an oppressive regime, the country’s Communist-era buildings are being given a second look, and a new life.

… Gdansk, in the north of the country, at the edge of the gray Baltic Sea, is the home of Solidarity. In many ways, it is the birthplace of Eastern Europe’s anti-Communist revolution. Here, I visited one of the most formidable housing developments in Poland, and indeed the world: the gargantuan apartment blocks known as the Falowiecs. Erected in the 1960s and ’70s, these eight massive complexes undulate in the form of a wave (fala means “wave” in Polish), some stretching for almost a half-mile; they are among the longest blocks on the planet, collectively housing an estimated 12,000 people.

I visited a family that resided in the largest Falowiec, at Obroncow Wybrzeza Street, right next to a McDonald’s. Michal Jaskiewicz, who lived with his partner and infant son in the building, inherited his 410-square-foot one-bedroom apartment from his grandmother, a member of Solidarity. As he showed me around the Falowiec, he spoke of an aging population, and of how many younger Poles had rejected these Communist buildings. They were inspired instead by a version of what he called “the American dream”: moving to a stand-alone home in the suburbs, buying a car, commuting to work.

We took an elevator to the 10th floor. From up there, it was easier to appreciate the scale of those buildings — the way they stretched like vast centipedes over the flat land, surging toward the sea. We discussed the curious fate of buildings like these across Poland — some had been preserved, some had been torn down, others were simply neglected and crumbling into disrepair.

Lately, though, Jaskiewicz had noticed a new trend. Many of the same young people who had left these buildings for the suburbs were gradually returning. He explained that, for all the faults of Communist housing, the spaces were actually better thought-out, and in many ways more livable, than the suburban sprawl that members of his generation had sought. The housing estates were self-contained units that included schools, grocery stores, hair salons and a range of other conveniences. He talked of an emerging communist chic that was rejuvenating the reputation of these buildings. Speaking of his own family, he said, “It’s true these places don’t have such a good reputation. But we have a good life here.”