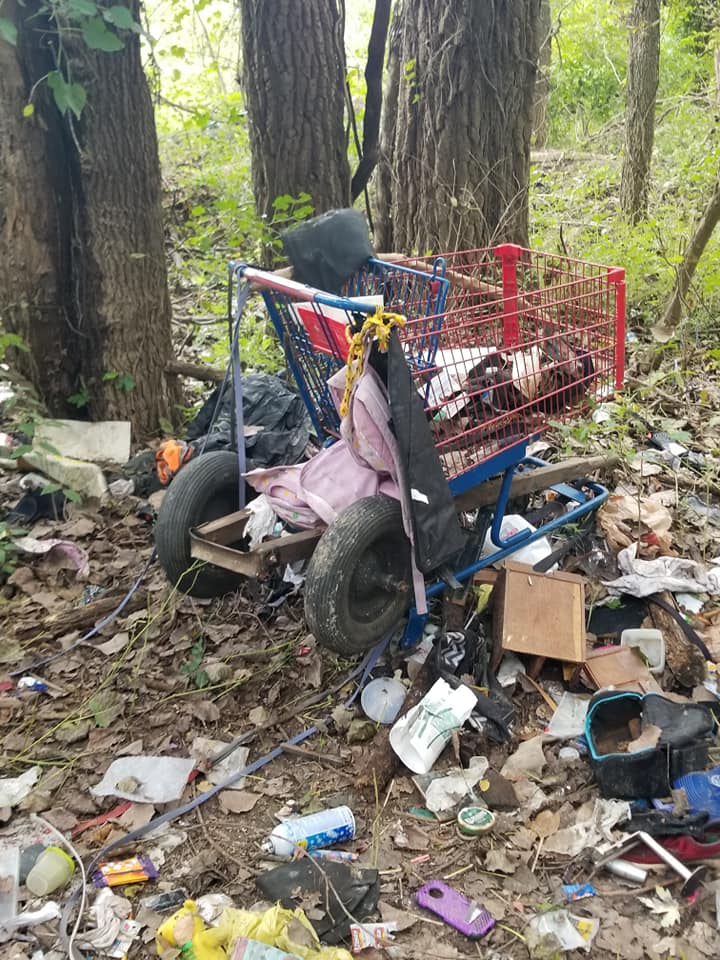 … Not everyone agrees on the scope of the problem.

“Anytime someone is homeless without a safe place for the night, it’s a serious issue for those individuals,” the email states. “However, the data does not support an assertion that New Albany has a homeless problem.”

Except that in 2016, the data didn’t support Gahan’s blindness optimism.

The Indiana Housing Community and Development Authority (IHCDA) reported that through point-in-time counts from the U.S. Department of Housing and Urban Development (HUD), when homeless individuals are literally counted on the streets, Floyd County had 74 homeless counted in early 2016, alongside an estimated total population of 76,668 for 2015. This translates to .09 percent homeless in Floyd County as compared to 5,863 or .08 percent homeless in the state, according to IHCDA, which reports a 2 percent drop in homelessness in Indiana from 2014 to 2015.

In light of what has occurred in New Albany since Rickert’s article first appeared, the most appropriate word is “surreal.”

The City of New Albany has worked in recent years to provide safer and more affordable housing, the mayor’s email states, operating more than 1,100 homes through the New Albany Housing Authority — more than Charlestown, Clarksville and Jeffersonville combined.

In early 2017, just a few months after praising the housing capacity of the New Albany Housing Authority, Gahan staged a hostile takeover of NAHA, announcing a non-negotiable goal of eliminating half of these “1,100 homes” — which he’d told Rickert was the single best reason to believe homelessness doesn’t exist in New Albany.

Was he lying, or confused like a duck hit on the head?

The City has also initiated a rental registration program to ensure that the 40 percent rented homes in New Albany are regulated for safety.

The program is registration only, utterly without enforcement teeth. Seems Gahan took significant factual liberties with the newspaper’s reporter, then acted in a manner (the NAHA putsch) almost guaranteed to increase a homelessness problem that he refuses to believe exists.

And, to place an exclamation mark on all this, Gahan’s ongoing “solution” for housing insecurity in New Albany remains the one alternative consistently proven time and again to be inadequate: housing vouchers (more here).

Indeed. The homeless have come nowhere near Axis Architecture and Interiors as it pertains to thanking the mayor for everything he’s done on their behalf.