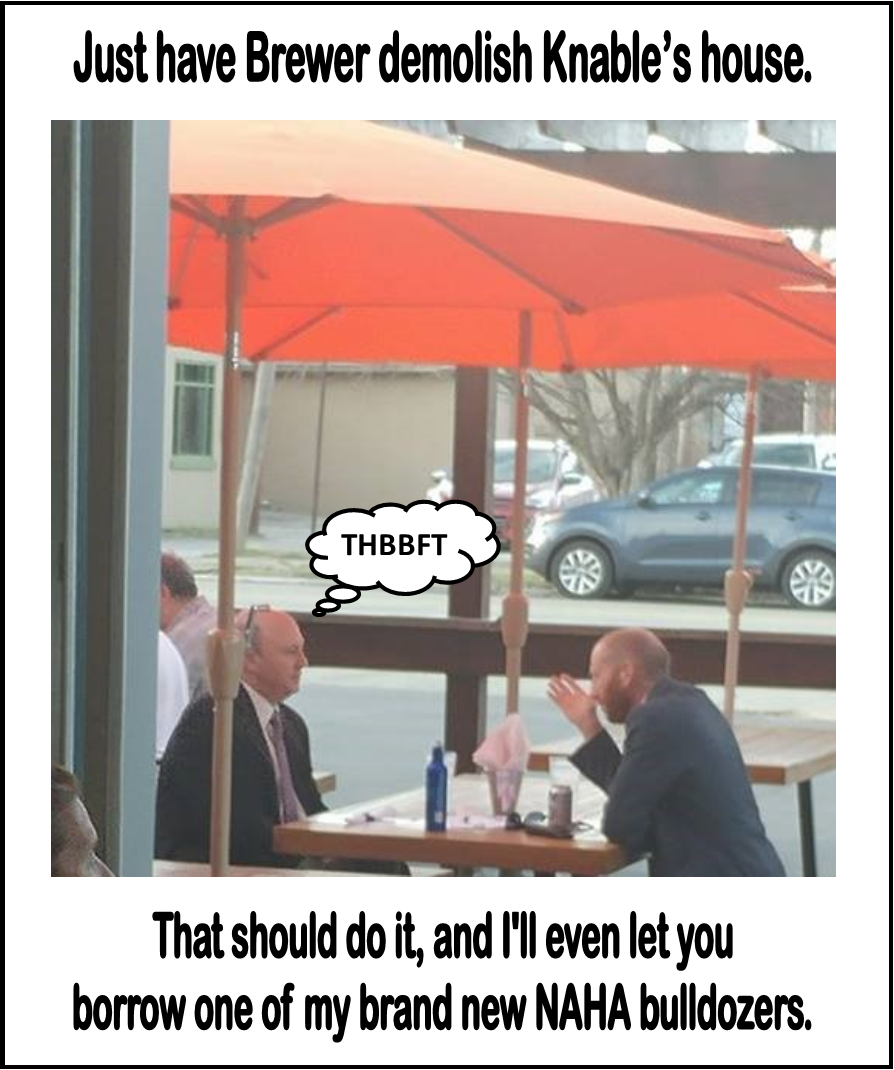 Tonight’s the night. If you’re a fan of sleazy, slimy, self-serving seediness, you’ll want to be at this evening’s council meeting as Pat McLaughlin (D-Fantasy Island) introduces a politically-motivated resolution to censure council president Al Knable.

“Resolution to Censure the Council President for Misstatements to the Council and Media Concerning New Albany Public Safety and the 911 Emergency Telephone Service.”

To be sure, it’s no use assembling a political patronage machine if the elders can’t periodically lift the jalopy’s leg and spray Bud Light Lime-scented urine around the room, but even by the barren, subterranean intellectual standards of Gahanism, this resolution is a sham, one that closes with what surely are the most hypocritical words every uttered in Councilpalooza.

“THEREFORE, We the Common Council of the City of New Albany adopt the censure and encourage truthful dialogue in all matters.”

These pitiful Democrats now piously stipulating truthful dialogue – how often have they collaborated in denying it, or telling whoppers themselves? Here are a few occasions that spring to mind in my personal experience.

Truthful dialogue? I attended a Tree Board meeting in May of 2016 and asked to see minutes of previous meetings. Two years later, I’ve received nothing.

Truthful dialogue? Was there even five minutes of public discussion about the plan to gift Flaherty and Collins with sewer tap-in waivers, a freebie without precedent, and one never previously offered to non-profits and educational entities?

Truthful dialogue? I famously asked Bob Caesar to provide the Bicentennial Commission financial records. He delayed me for two whole years, then flat refused; I made an information request from the city “corporate” attorney, who informed me these records of a formally chartered municipal entity, one that spent taxpayer money over a period of several years, don’t exist.

Truthful dialogue: We created the storm water board to be self governing and independent — until it acted independently, then mayor-in-waiting Gahan mounted the lawsuit to strip it of independence, this being a precursor to City Hall annexing the Urban Enterprise Association and the New Albany Housing Authority.

Truthful dialogue? Develop New Albany, another taxpayer-supported organization, refuses to answer questions about the cultural appropriation encouraged by its own governing board during last year’s Taco Walk.

Truthful dialogue? Has anyone outside the mayor’s immediate circle seen financials from the water park’s operation? Anyone? Bueller?

Truthful dialogue? Speaking of parks, has evidence yet surfaced of a single word in Gahan’s 2011 campaign platform suggesting that just a few years later, he’d have split the county parks department and added almost $3 million in annual budget outlays to a new city-only “quality of life” want?

Truthful dialogue? Jeff Gahan, who as council president angrily refused to allow minions to speak at council meetings on behalf of the mayor at the time, has himself sent a minion to represent him at council meetings almost every time since day one in 2012.

The preceding are just the first vivid examples to come to mind.

Until a local DemoDisneyDixiecrat shows the first sign of a weak, labored pulse with regard to the concept of “truthful dialogue,” it’s the same old bait and switch: Indulge in endless “for show alone” gestures and signaling on social issues to avert eyes from the machine-led pillage being conducted by Dickey, Gahan, Gibson, Duggins and their merry crews, who’ll go to any length, however nasty, fetishistic and depraved, to remain the biggest bottom-feeders peddling influence in this shrunken pond.

I encourage you to attend tonight and use your three minutes. Message me and I’ll tell you how.

More profiles in cravenness: “McLaughlin did not want to make a public comment until Monday’s meeting.”

The politics of diversion: “Chief Bailey is playing a losing hand, but then, they’re not really his cards.”