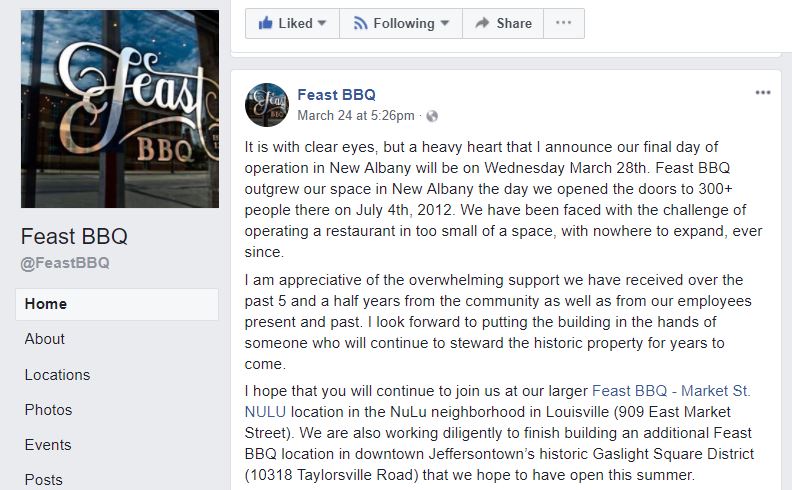 City Hall’s allegations to the contrary, it can be grasped quite clearly that hundreds of you are reading, and we believe this fact attests to a keen ongoing interest in grassroots New Albany stories, perhaps because they’re being chronically under-served elsewhere.

After all, fawning stenography and inexorably multiplying religion columnists can get a newspaper only so far.

The March list begins with ten “honorable mention” posts, before concluding with the Top Ten, escalating to No. 1. These statistics are derived from Google’s internal numbers listings.

Today Dan Canon’s forces strike back (text pasted below). Does this mean the newspaper’s next bold headline will read, “Poll shows Canon with double-digit lead over Watson”?

ON THE AVENUES: Necessity was the mother of NARBA, a food and drink invention in need of re-animation.

I’ve made this argument numerous times, so it you already know it by heart, you’re excused to visit the beer fridge.

Whether Boomtown Ball or Taco Walk, it is my core belief that in a remotely ideal world (one we have not yet attained), events and activities predicated on the involvement of restaurants and bars should be either the domain of a functioning restaurant association, or at the very least, pursued with explicit NARBA involvement in the planning process.

Whatever else I might say or not say about my history with NABC, it’s probably already obvious that when I see the company logo — one always intended to be a sign of progressive thought — appearing next to a candidate of Canon’s caliber, it makes me quite happy.

So do his platform positions.

It’s a fact that in 1997, several dozen folks were living along the river side of the levee, many of them squatters (including the boat club) and others simply homeless.

This no longer is the case, meaning that sewer improvements and pump maintenance, while commendable, cannot be entirely credited for what likely was, in effect, occupants displaced not by water, but by Gahan himself in order to make the Greenway properly gentrified.

Except for the boat club, which evidently has played a “get out of displacement free” card. Maybe it’s where the party elders store their rubber duckies.

The Green Mouse was told that the police presence was muted, and Democratic Party heavy-handedness gratifyingly kept to a minimum. That’s amazing. When the AdamBot gets out of the way and lets the kids speak, you know it might actually be meaningful for once.

Indeed, one of the central glories of Belgian cafe culture is the presence of appropriate glassware in just about any drinking establishment, from dive to grandiose, shaped and sized, with logos. To experience this phenomenon is to understand the notion of integrity in a drinking culture.

I must have missed this meeting. Was it a unanimous vote?

As the photo above illustrates, there are places where Karem’s still is “open”; the ghost sign at the old location remained affixed throughout the period of Plaza Drive operation, and persists to the present day even though the building was razed.

Dan Canon: “ICE as it presently exists is an agency devoted almost solely to cruelly and wantonly breaking up families. The agency talks about, and treats, human beings like they’re animals.”

Dan Canon is running for Congress in Indiana’s ninth district this year. A career civil-rights lawyer, Canon filed one of the cases against gay-marriage bans that eventually became the landmark Obergefell v. Hodges, and he proudly wore a Notorious RBG shirt under his suit to the Supreme Court. He is currently representing individuals suing Donald Trump for inciting violence at his rallies.

Canon has also defended clients swept up by Immigration and Customs Enforcement raids, and fought a Kafkaesque deportation system that, at one point, wouldn’t even disclose the location of his client. Now Canon believes ICE should be abolished entirely.

“We Are New Albany endorses Republican candidate Ed Clere of Indiana State House of Representatives, District 72. This endorsement is a reflection of Ed Clere’s consistent support of New Albany Housing Authority’s residents, and opposition to the city’s demolition plan without a plan to replace.”

A contest to boycott: Read in amazement as Develop New Albany claims to have revitalized downtown all by itself. 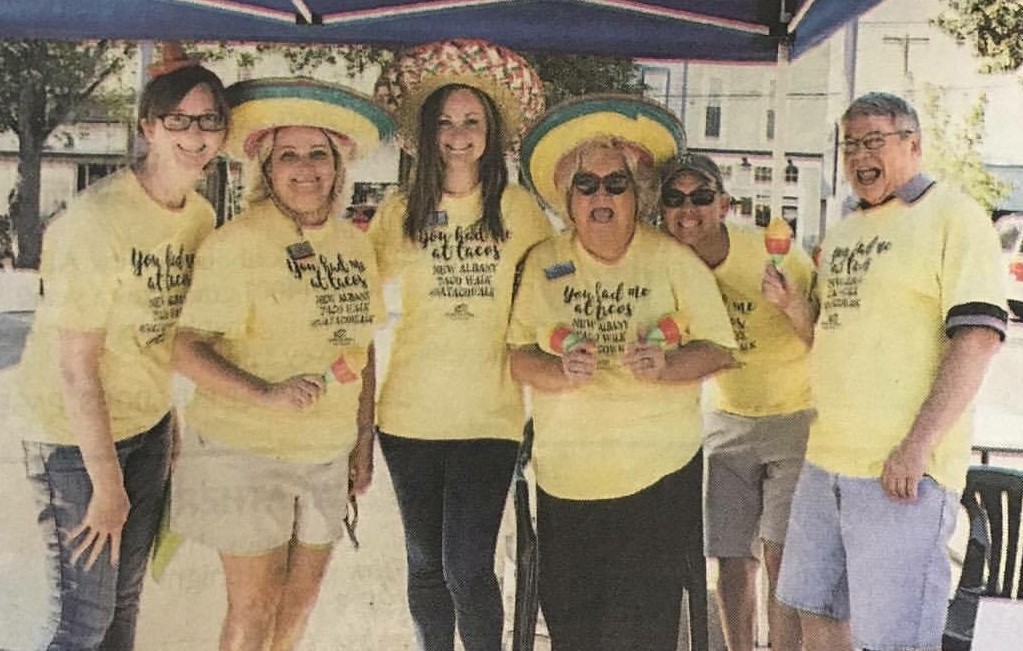 Before examining this remarkable exposition of hubris, which purports to explain why you should cast daily ballots for Develop New Albany’s bid to win a grant, let’s examine the contest.

“Ladies and gentlemen, YOUR vanguard of the white race.”

As Hee Haw’s Grandpa Jones used to say, truth is stranger than fact — but this one is so bizarre that the Southern Poverty Law Center probably thinks it’s on Candid Camera.

This fire makes no sense. There wasn’t even a restaurant there. 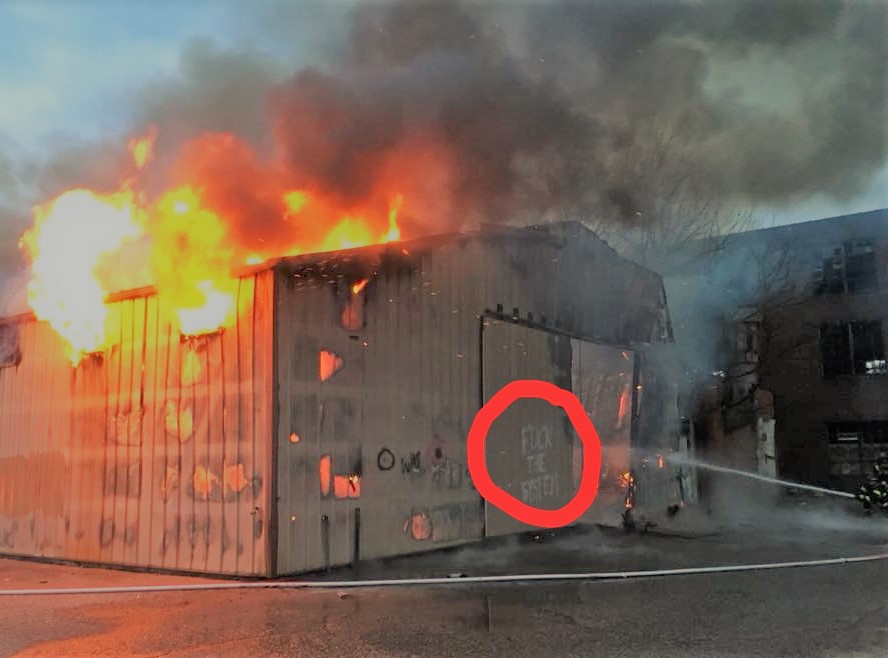 GREEN MOUSE SAYS: Jeff Gahan launches his 2019 campaign with more of the same threats, intimidation and mobster tactics. Is this what city employees deserve from a mayor?

In particular, it seems that some rank-and-file city workers were reminded again that visible public support for any opponent of Gahan’s might lead to reprisals or termination. I suppose the whip is one way of inspiring devotion.

ON THE AVENUES: Scoreboard daze of old.

There used to be a package liquor store called Scoreboard Liquors on West Spring Street in downtown New Albany. I worked there part-time from 1982 through 1988, when the store moved to a different location, a couple of miles uptown. In fact, I continued to work at Scoreboard after the move, but to tell the truth, it was never the same as it had been at the downtown location.

Victory is ours, and as such, I’m free to retrench and remind everyone that the previous generation of great beers has been neglected as a result, and consequently is undervalued — and nothing interests me quite so much as an under-serviced niche ripe for specialized love and attention.

JeffBoat will close, riverside condos will proliferate, and we’ll gather at the luxury dog park for a few bowls.

As a skeptic, I can’t help wondering whether there’s an untold story here, like this closing always having been the design since ACBL acquired JeffBoat. At the same time, the Ohio River shoreline currently occupied by the shipyard automatically becomes one of the hottest properties in the region for redevelopment, and perhaps greater than Colgate in Clarksville.

It boggles the mind. At least here in NA, we have an aquatic park.

Comfy Cow’s last day of business is today. It’s hard to determine which “closing soon” rumor began making the rounds first, Comfy Cow or Feast, and it no longer matters. Business decisions are business decisions, and the globe keeps spinning.

But: Are we to discern a worrisome trend?

No; at least not yet. 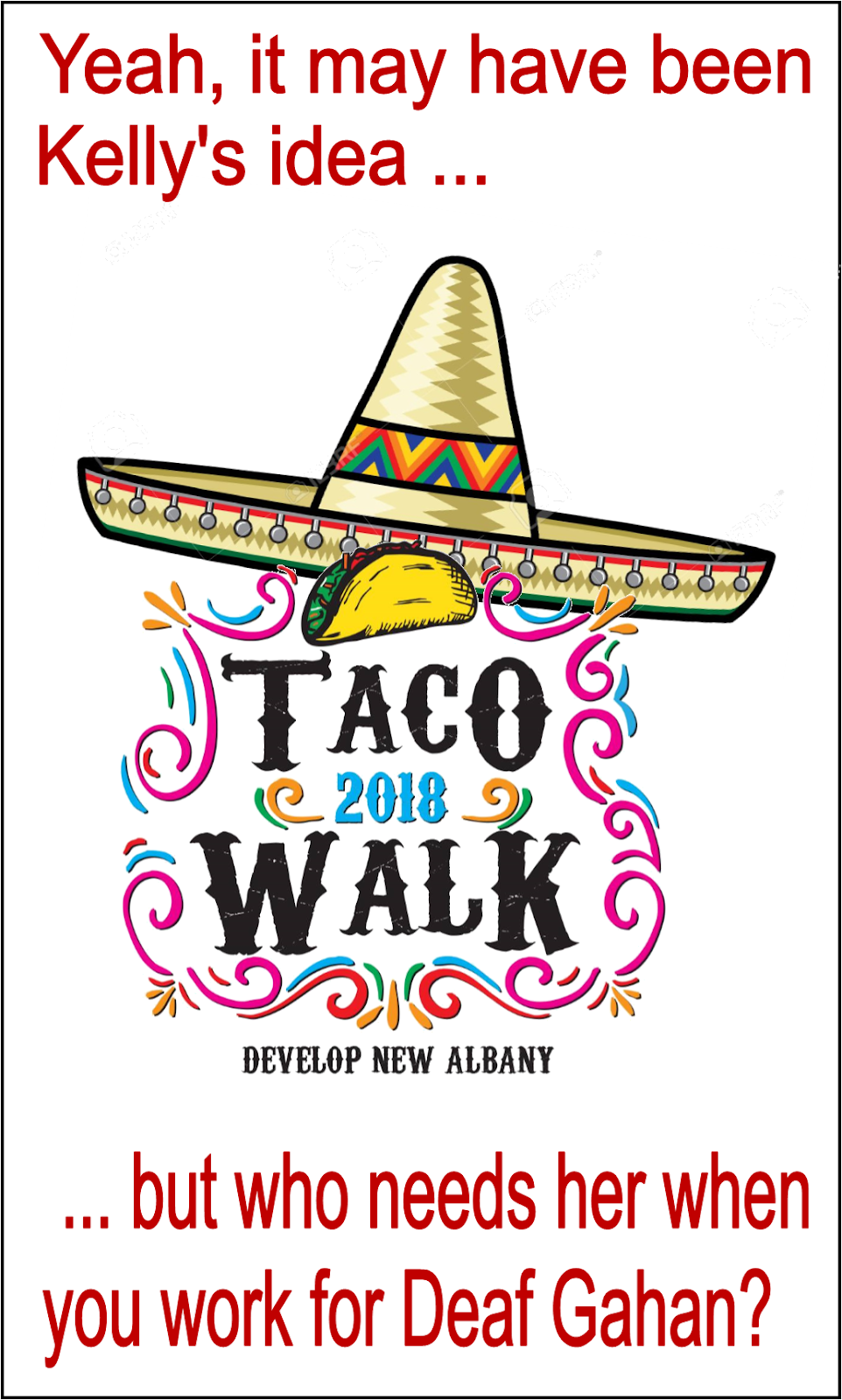 None of this is to suggest that Develop New Albany has publicly addressed either (a) the cultural appropriation it encouraged during last year’s version, or (b) the way the organization has flat stolen the idea from the volunteer who brought it to DNA in the first place.

Feast BBQ in New Albany is closing, and the last day will be Wednesday, March 28.

Rumors have been swirling for months, but today Ryan Rogers finally made the formal announcement. It’s sad, but I’m looking forward to what comes next in this prime space that shares a wall with The Exchange.