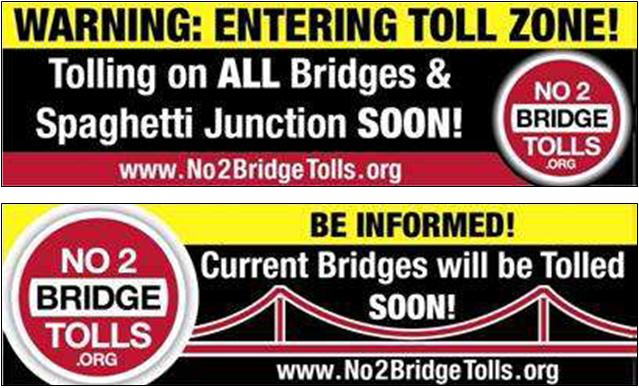 Over at Facebook, Keg Liquors owner Todd Antz looked back to those wonderful times when the area’s heaviest hitters gathered together to bolt the autocentric fix firmly into place.

Six years ago, I posted this letter that was sent to the Bridges Authority about the project and tolling. To me it is ironic that this should pop up in my Facebook memories one day after they announce the starting date of tolls on the new bridges. After 6 years, I still believe everything that I wrote back then.

One quick reference. Someone on the Bridges Authority board publicly declared that only 3% of the population were against tolls. This was loudly denounced at the time, but I wanted to make sure that number was thrown back in their faces.


As a small business owner in Clarksville, I wish to share my opinions with you on your plans to toll the existing bridges in order to finance the new proposed bridge(s). I own a small business that attracts many people from Kentucky over to Southern Indiana. By placing tolls of any amount, you will hinder my business and other small businesses on both sides of the bridge. The environment for small businesses is difficult enough these days without something else making it even more difficult.


For years, there has been a cultural divide between people living on both sides of the river, but over the past 10 years, that divide is slowly fading away. I feel that your plans will do nothing more than re-widen that divide between our two states that we have been working for years to unite. Southern Indiana and Louisville are indeed one community, and you do not charge a fee to go from one side of the community to another.


As a business owner, I have to watch every dollar that comes into my business and manage it accordingly. If I wanted to expand my business, I would carefully plan things out, and spend money as it becomes available. If my eventual plans were to build two new sites, I would budget and build when I could rather than attempting to build everything at once, putting myself deeply in debt. And I surely could not charge a fee for someone to come into my business. Why you as an authority feel that you have to do everything at once, when you do not have enough capital to do the job correctly is apparently beyond me. Also why you feel you can place a toll on existing Interstate(s) to finance this project is apparently beyond me as well.


I am for building a bridge, and possibly another if it is determined to be necessary, but only if it can be done in an affordable manner. The numbers the Bridges Authority have made public simply do not add up. The revenue you will possibly bring in is not enough to pay for the loans, and your tolling rates will have to increase, making this project too expensive for the people you claim to be representing. I proudly count myself in your supposed 3% that are against the tolls. I do believe that whoever thinks that there is only 3% of the area population against tolls must be using the same math that you all are using to do your budgetary planning for this project. You have had numerous cities, towns and communities put forth resolutions against the tolls, as well as business groups on both sides of the river. Surely that alone is more than just 3%. Poll the common person and the number of responses against tolling would surely add up to more than 3%. I honestly think you might have your numbers backwards and only 3% of the population is in favor of tolls.


I have the feeling that my words will mean nothing to you, as you have ignored public sentiment, and derided those who do not agree with you. I sincerely hope that this message does become public record as you have noted above.