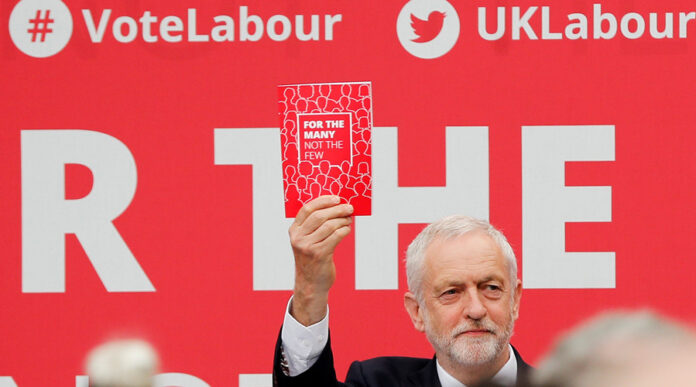 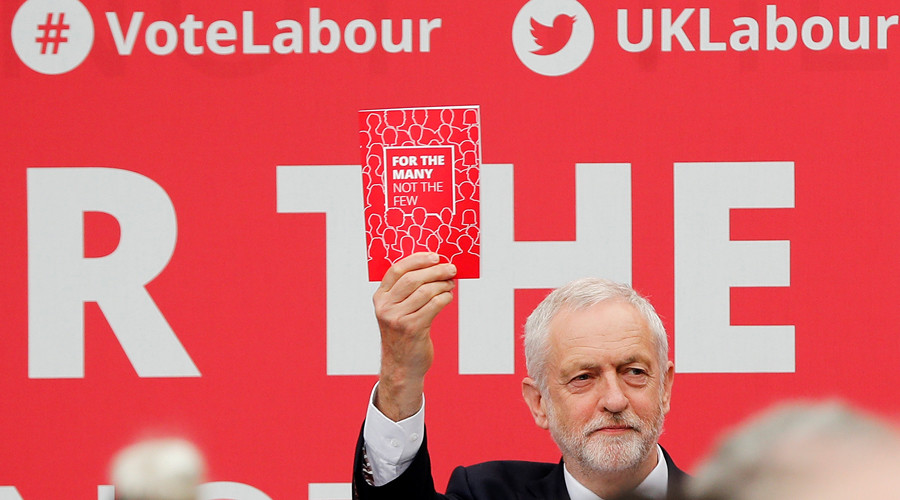 The Brexit referendum in 2016 needn’t have taken place under the terms by which David Cameron minted the vote, but once it did, the verdict was regarded as binding by a majority of United Kingdom residents. Subsequently the UK’s withdrawal from the European Union might have been negotiated in a number of ways — by either Labour or the Conservatives (Tories).

I’ve underlined the key passage in this excerpt, which makes the preceding point very clear.

As for the recent election, Labour was split in half by Remainers who were only slightly less appalled with the party’s working class base than wealthy London bankers. The Tories succeeded in closing their ranks because Nigel Farage’s one-issue Brexit Party saw it could achieve its chief aim by losing, and campaigned accordingly, meaning that finally, Farage triumphed even if he isn’t part of the new government.

In short, Jeremy Corbyn’s political decapitation means that the “Tony Blair Light” version of centrist Labour can again seize control, differing from the Tories … how, exactly?

The Obsessive Remainers Have Scored a Massive Own Goal, by Daniel Finn (Jacobin)

For the last three years, second-referendum campaigners heaped blame on Jeremy Corbyn for his alleged role in “facilitating” Brexit. Yet their determined efforts to torpedo his leadership destroyed any chance of a compromise solution — and made the hardest of hard Brexits inevitable.

The position set out in Labour’s 2017 manifesto could be summarized as follows: we accept the result of the referendum; it’s not the result we wanted, but people have voted to leave the European Union and we can’t ignore that choice. That doesn’t mean we’re going to give the Tory government a blank check to negotiate any kind of withdrawal deal they like. There are several possible routes out of the EU, some of which would be far more damaging than others. We won’t support a deal that will destroy people’s jobs and living standards, or one that will prepare the ground for a bonfire of social rights and protections.

This was in no way a distinctly “Corbynite” position. Leading figures on the Labour right gave it their firm support in the run-up to the 2017 election: from Tom Watson and Yvette Cooper to Chuka Umunna and Wes Streeting.

The thinking behind it was simple. On grounds of principle, it would have been extremely dubious for politicians to reject the outcome of the referendum altogether. All the major British parties agreed to hold it in the first place, and there were no conditions for a quorum or a supermajority attached before the vote. The turnout was reasonably high, and those who took part voted to leave the EU by a small but decisive margin. Trying to overturn a democratic vote without having made any attempt to honor it would set an ugly precedent for the future.

It might still have been necessary to do so if all possible versions of Brexit were bound to be disastrous, but that simply wasn’t the case. Norway has never belonged to the EU, and there’s no reason to think its citizens are worse off than their neighbors in Sweden or Denmark. A so-called “soft-Brexit” deal would have been a perfectly acceptable framework for Labour to carry out domestic social reforms: a step sideways, not a step backward.

There was also a pragmatic case for Labour’s Brexit platform that could not be ignored or wished away. The Leave/Remain divide cut through the heart of the party’s electoral base. Two-thirds of Labour’s 2015 electorate voted Remain, the rest broke for Leave, but the “Labour Leavers” weren’t spread evenly around the country. Roughly two-thirds of Labour-held constituencies had a pro-Brexit majority in 2016: if all the Labour Leave voters defected to the Conservatives — or just stayed at home on polling day — the party could end up losing dozens of seats. It would be much easier for the Conservatives to win a general election on a hard-line pro-Brexit platform than it would be for Labour to see them off with a clear-cut anti-Brexit stance …