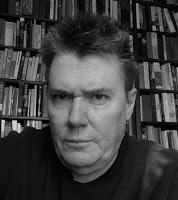 There’s never enough time to read, although 2018 has been a good year by my usual annual standards.

Here they are, by evenly balanced category.

Drink & Food
Great Beers of Belgium, by Michael Jackson
The Guinness Story, by Edward J. Bourke
Soul Food: The Surprising Story of an American Cuisine One Plate at a Time, by Adrian Miller
Ambitious Brew: The Story of American Beer, by Maureen Ogle

Travel, History and Geography
To Hell and Back: Europe, 1914-1949, by Ian Kershaw
Mani: Travels in the Southern Peloponnese, by Patrick Leigh Fermor
The House of Government: A Saga of the Russian Revolution, by Yuri Slezkine
Kosher Chinese: Living, Teaching, and Eating with China’s Other Billion, by Mike Levy

Which one was best?

That’s like being asked to choose a favorite child, but having issued the disclaimer, probably The House of Government and The Tin Drum were most memorable, followed closely by To Hell and Back and Life: A User’s Manual.

The most unexpectedly affecting was Krazy, which came completely out of left field. Since childhood I’d been hearing about the Krazy Kat, and never bothered learning anything about the comic strip or its author. Michael Tisserand’s biography of George Herriman has rectified this imbalance, and I’m grateful to Cary Stemle for making me aware.

As for what comes next, the first selection of 2019 hasn’t been chosen. However the second is queued and ready for late January: The Avignon Quintet, by Lawrence Durrell, to be read in tandem with my friend Jon.