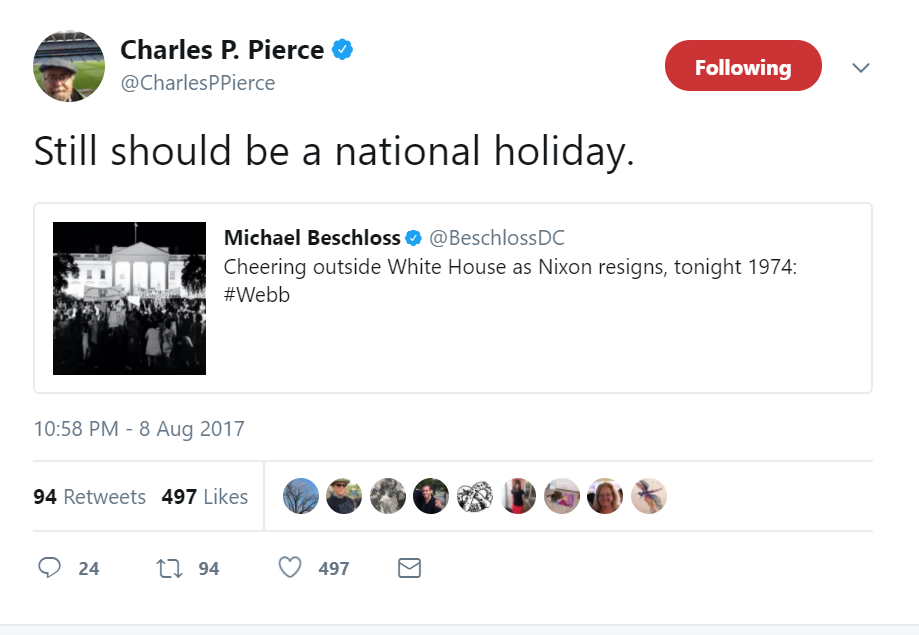 I was 14 years old, vacationing with my parents at Mt. Rainier National Park. Inside the lodge, there was a rectangular common area with a vast carpet occupying the center. Apparently there wasn’t adequate television reception, because the news was coming from a radio sitting stop of a simple wooden chair at one end of the carpet.

People had lined up around the carpet’s edge to listen, as though stepping on the carpet itself would be an impolite transgression. My father suggested returning to the car, where we turned on the radio and listened to Nixon’s speech, his words bizarrely echoing through the parking lot from the cars of other visitors who had the same idea.

Meanwhile, the silent behemoth looked on, impassive, unimpressed with the transitory nature of human affairs.