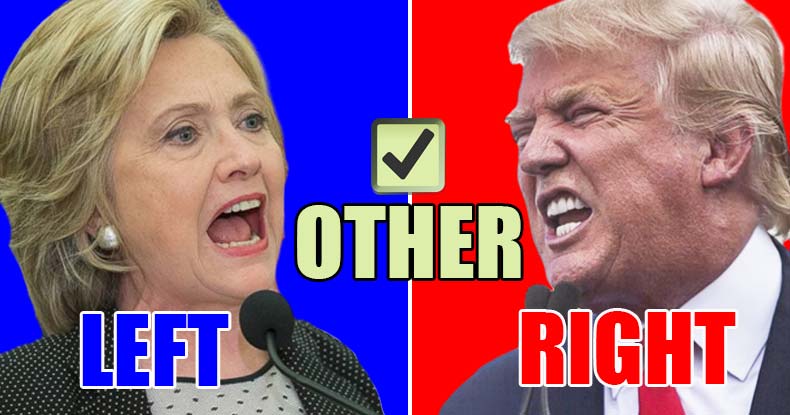 It’s a long read, and worth it.

We’ve already had lengthy discussions on social media about the points herein, and as the days pass, my determination is solidified. I’ve spent too many years voting “against” one side even when the other sickened me. It won’t happen again.

If I can’t be “for” one of the two major political parties, both of which are rotten and monetized to the core, then there are alternatives. The sooner we reject the two-party duopoly, the better. I don’t need national examples to assist this conclusion. The local ones work just fine to inspire revulsion.

This article is an epiphany for me, but as the author notes, it’s an expression of personal conscience. Vote as you will, according to your conscience.

To Leave the Future Open: On the False “Choices” of Election 2016, by Kay Whitlock (Truthout)

Something’s hidden behind the curtain of the looming 2016 presidential election that the national leaders of both entrenched political parties don’t want us to see.

Not just the near future, but the one that will ripple on into history, the one that will do so much to define the age in which we’re living. It’s the ideas and vision that will frame and shape and animate that future, which has two possible trajectories. One future undermines possibilities for starting to dismantle structural forms of racial, gender, economic, and disability-related violence and for realizing a much truer exercise of democracy while the other strengthens them.

That’s why I’m #notwithher when I cast my vote in November 2016.

I’ve already said publicly I will not vote for Hillary Clinton if she’s the nominee of the Democratic Party. This is not a decision made lightly.

But it is the only right decision for me …