It’s a good thing I’ve managed to take off 12 pounds in January, because now there are going to be some challenges to the girth reduction regimen.

Earlier this week, there was an excellent beer dinner at Against the Grain; next week, the NABC/Varanese pairing as described here; and on Valentine’s Day, another NABC venture with the Garage Bar.

I appreciate the shout-out from Steve Coomes at Insider Louisville, and it’s fully justified considering the plain fact that Varanese is one of the top tables in Louisville. It’s also no exaggeration that Chef John Varanese’s approach to the beer dinner has been unconventional, which is a very good thing. 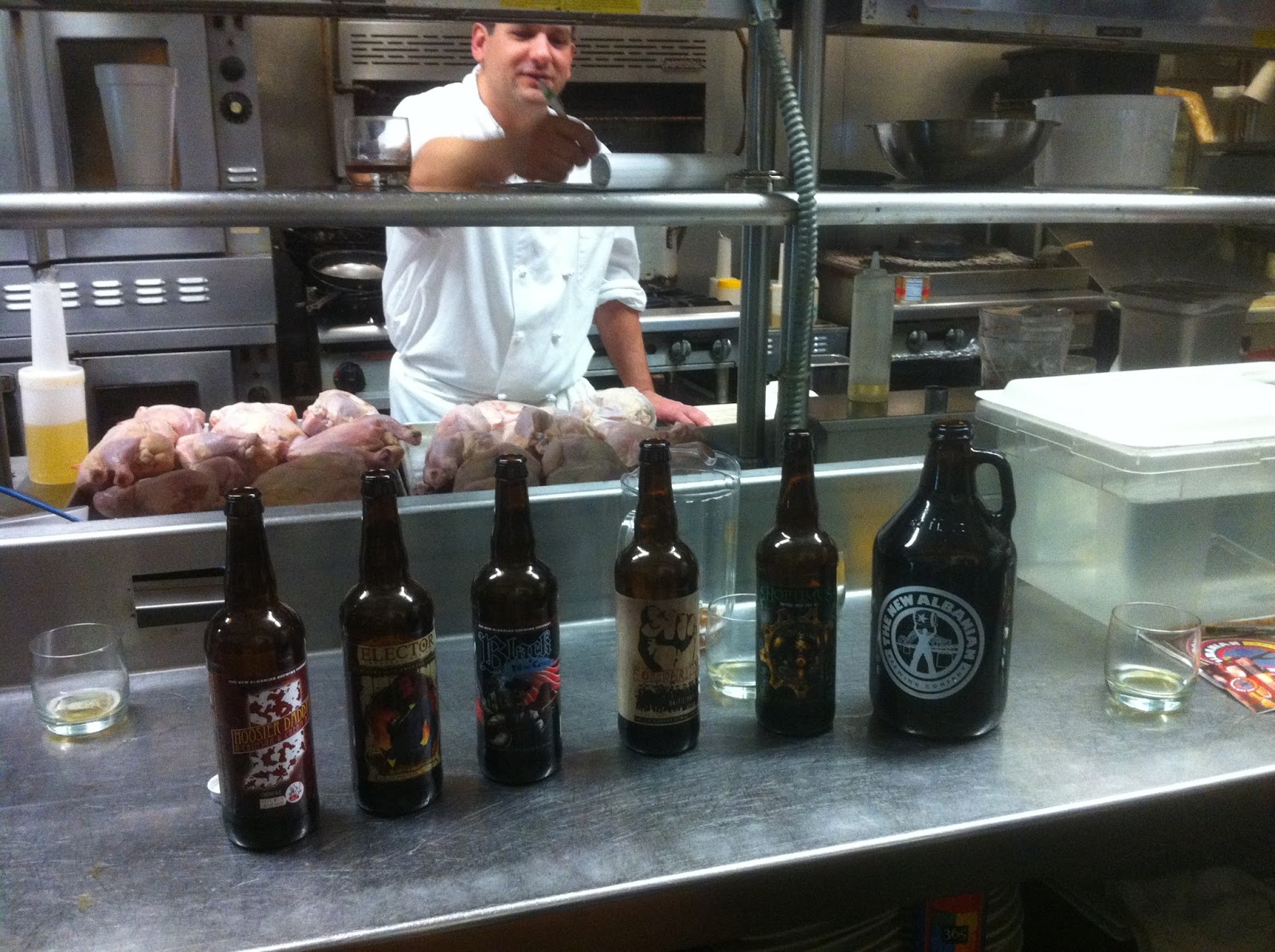 We tasted beers in the kitchen while stock was being prepared and chickens cut, rather than at the bar before opening when the aromas of food aren’t wafting all around, providing inspiration for a meal. The price point for a menu of this caliber is superlative, at $49 (plus tax and gratuity). Follow the link for the full article, and plan on attending. This is going to be a good one.

By STEVE COOMES | Published: FEBRUARY 1, 2013
When contemplating the menu for an upcoming beer dinner at Varanese, chef-owner John Varanese took an unconventional approach by tasting the beer first and then crafting a menu around it.
And while that approach would make Homer Simpson proud, he said it just made the most sense.

John Varanese, chef and owner of Varanese.
“Beer’s food friendly anyway, so I knew that was a good place to start,” Varanese said.