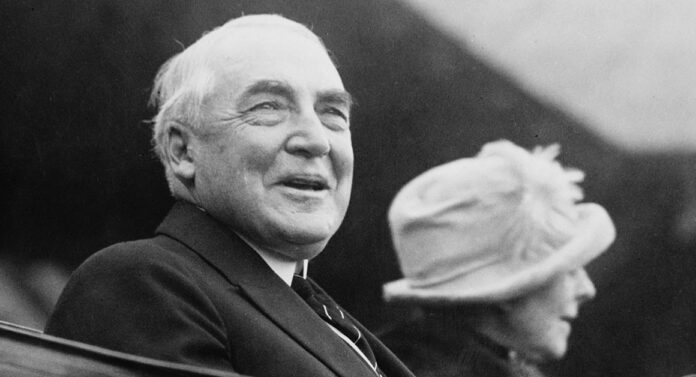 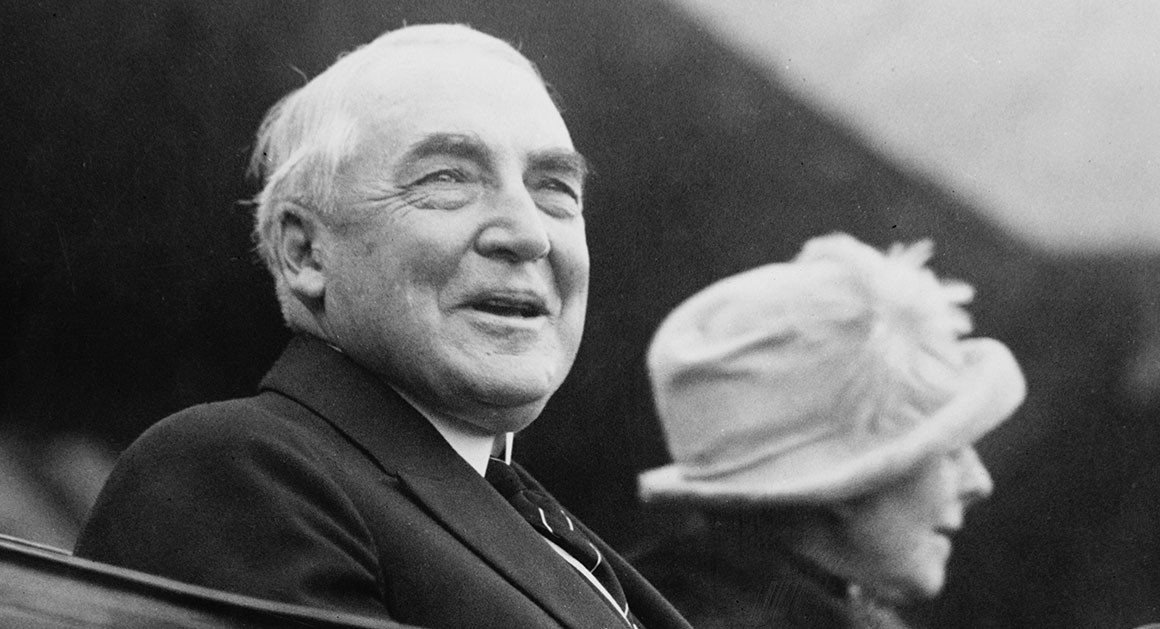 In Ohio, James Blaesing, the grandson of long-forgotten U.S. President Warren G. Harding (Blaesing’s mother was presumed as the “love child” of Harding and his mistress), has gone to court to exhume Harding’s body so all of this can be proven scientifically through DNA testing.
Officially, Harding and his wife had no children, and oddly, a surviving branch of the family does not contest Blaesing’s assertion. Rather, it is surmised that the grandson is angling for enhanced recognition of his mother at a museum in the president’s home (an historic site) as well as his presidential center, neither of which can be imagined as prime tourist destinations even before the pandemic.
However, perhaps some day we can include Harding on a road trip itinerary. After all, I’ve been to my hero H.L. Mencken’s house in Baltimore, and Mencken detested Harding. This sounds like a circle in need of closing.

Following is a brief excerpt from the Sage of Baltimore. The whole work is here.

Thus qualified professionally, I rise to pay my small tribute to Dr. Harding. Setting aside a college professor or two and half a dozen dipsomaniacal newspaper reporters, he takes the first place in my Valhalla of literati. That is to say, he writes the worst English I have even encountered. It reminds me of a string of wet sponges; it reminds me of tattered washing on the line; it reminds me of stale bean soup, of college yells, of dogs barking idiotically through endless nights. It is so bad that a sort of grandeur creeps into it. It drags itself out of the dark abysm (I was about to write abscess!) of pish, and crawls insanely up the topmost pinnacle of posh. It is rumble and bumble. It is flap and doodle. It is balder and dash.

But I grow lyrical. More scientifically, what is the matter with it? Why does it seem so flabby, so banal, so confused and childish, so stupidly at war with sense? If you had first read the inaugural address and then heard it intoned, as I did (at least in part), then you will perhaps arrive at an answer. That answer is very simple. When Dr. Harding prepares a speech he does not think of it in terms of an educated reader locked up in jail, but in terms of a great horde of stoneheads gathered around a stand. That is to say, the thing is always a stump speech; it is conceived as a stump speech and written as a stump speech. More, it is a stump speech addressed to the sort of audience that the speaker has been used to all of his life, to wit, an audience of small-town yokels, of low political serfs, or morons scarcely able to understand a word of more than two syllables, and wholly unable to pursue a logical idea for more than two centimeters.