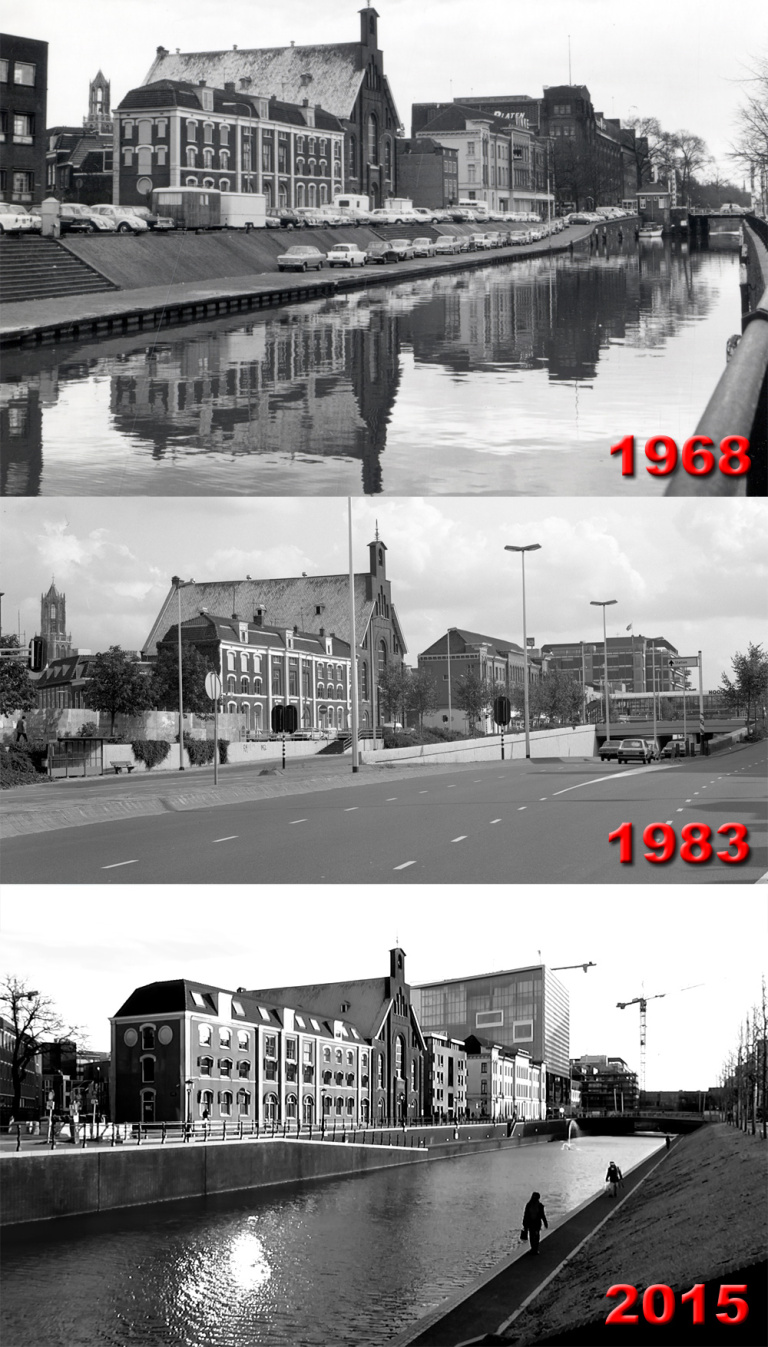 Automobile supremacy has taken a hit in Utrecht, Netherlands, and while this is a victory, it reminds us that Americans by and large display no comprehension about such matters. This wouldn’t be so bad if we didn’t continue electing and appointing them.

I can already hear Pinocchio Rosenbarger’s excuses. Is he retired yet, or still merrily suckling at the public teat?

A more detailed rendering of the Utrecht project is here.

Utrecht restores historic canal made into motorway in 1970s, by Daniel Boffey (The Guardian)

It is being viewed as the correction of a historic mistake. More than 40 years after parts of the canal that encircled Utrecht’s old town were concreted over to accommodate a 12-lane motorway, the Dutch city is celebrating the restoration of its 900-year-old moat.

In an attempt to recast its residents’ relationship with the car, Utrecht’s inner city is again surrounded by water and greenery rather than asphalt and exhaust fumes.