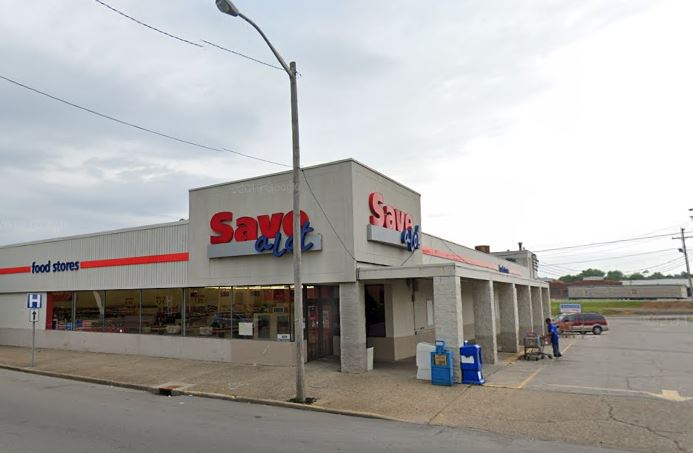 No one can be sure, but apparently the rule of thumb at the Jeffersonville News and Tribune is to ALWAYS solicit the view of a public official, elected or appointed, when writing a story like this.

Refreshingly to the point of screaming aloud with joy and dancing in the streets, Boyle does not do this, preferring instead to speak with those humans affected by Save A Lot’s closure, and to locate educated, principled local experts whose opinions are not wedded to the same old political considerations.

The result is fine writing without a cover photo of a mayor, councilman or NAHA administrator.

But here’s the part I’m waiting to hear explained by local officials: Assuming the downtown food and drink sector recovers from COVID, which as yet cannot be asserted as a foregone conclusion, what does it say about New Albany as a city that we constantly flog our trendy eateries and watering holes while ignoring the fact that they exist smack in the middle of a food desert, a fact that is most damaging to residents who frankly cannot afford to dine and drink downtown?

Perhaps the LEE Initiative can annex us. Shall we pray?

After Save A Lot’s Closing, Potential For Food Desert Grows In New Albany, by John Boyle (WFPL)

Since the 1950s, residents of downtown New Albany have bought their food at 624 State St., which was originally a Kroger before becoming a Save A Lot. But on June 20, Save A Lot permanently closed its doors. And while there are large grocery chains like Kroger near the outskirts of town, the city’s core is now lacking a full-service grocery option.

“There’s so many of us over here that are very upset, because sometimes we don’t like the big stores,” said Kimberly Williams, who shopped at Save A Lot frequently over the last 12 years. “[Save A Lot] feels homey. Other stores are big, crowded. I don’t like a crowd like that. I like to keep it simple. I know where everything is. That’s going to hurt.”

Williams lives in the nearby New Albany Housing Authority (NAHA) complex. Every two weeks or so, she would pull a wagon just over half a mile to shop, which would take roughly 30 minutes roundtrip.

One of New Albany’s Kroger stores is a little more than a mile away from the former Save A Lot. Though the increase in distance may seem minuscule, every extra step matters to elderly citizens like Williams. The difficulty is amplified by nearby hilly terrain and the fact that Kroger is located in a large shopping center surrounded by an expansive and busy parking lot, which makes the trip less pedestrian-friendly.

“That’s real rough,” Williams said. “You know what I mean? Because sometimes my wagon gets a little heavy. But you know, that’s how I do it… I’ll pull it home. I’m going to miss that. I am.”

The USDA identifies food deserts as neighborhoods that are more than one mile away from the nearest supermarket or grocery store in urban areas – or 10 miles in rural areas – and have poverty rates greater than or equal to 20 percent. One tract of New Albany east of downtown that has a population of 1,897 was already listed on the USDA’s interactive atlas of food deserts, which uses data from 2015.

With the closure of Save A Lot, four more tracts that meet the poverty thresholds could also qualify. Up to 13,500 residents of New Albany may now be living in food deserts.