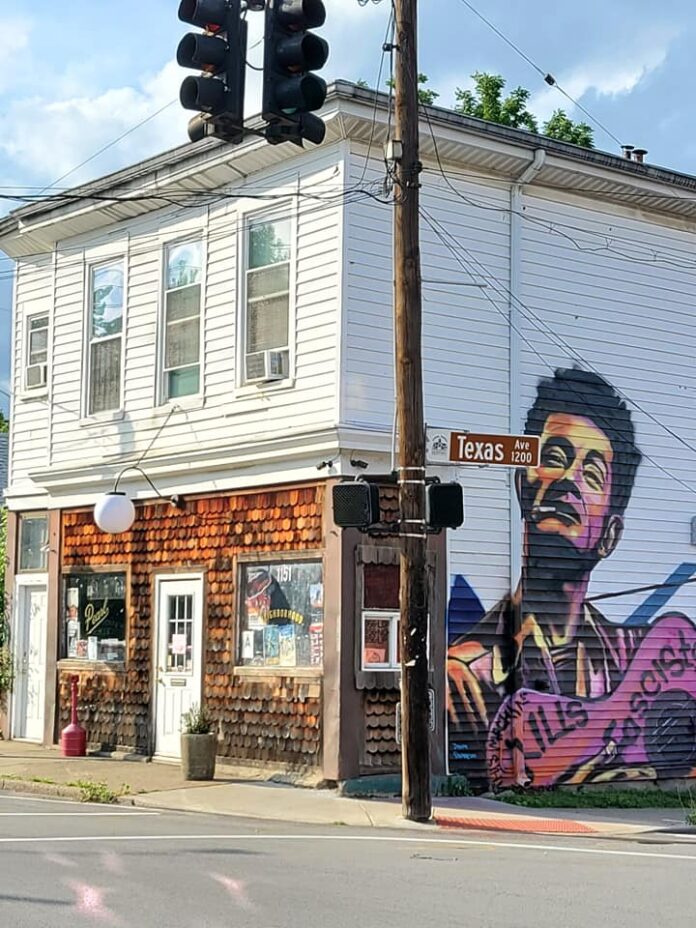 It’s the soccer club in Tulsa, but first, allow me to express delight with the mural in Germantown. It wouldn’t be allowed in Nawbany. I’m very happy that Woody Guthrie is being so honored.

Tulsa Athletic announced today that the club would no longer play the National Anthem before matches, and instead play Woody Guthrie’s “This Land is Your Land” at all home matches. In a press release put out by the club this morning, co-owner Sonny Dalesandro explained their decision. “We developed a culture of inclusion and acceptance at Tulsa Athletic. We live in a country that allows us to freely speak our voice. We utilize this right as a club to continually try and improve our team and community. We believe ‘This Land Is Your Land’ not only captures a powerful patriotic sentiment, but this it does so in a far more inclusive way. The song speaks to this country being built and shared by every person of every race, ethnicity, religion and sexual orientation. It represents a future Tulsa Athletic is committed to striving for.”

Sonny, flanked by representatives from the club, made the announcement in front of a Woody Guthrie mural, painted on the side of the Woody Guthrie Center in Tulsa.

As for the song selection, I’m also feeling vindicated. I’ve been making this argument for so damn long …

ON THE AVENUES: Let’s lift our voices for another verse of “Talking Seventh Inning Blues.”

… Conversely, if we simply must have a 7th-inning tune other than the historically correct one (“Take Me out to the Ballgame”), why not sing “This Land Is Your Land,” Woody Guthrie’s far superior response to Irving Berlin’s “God Bless America”?

Why not sing it instead of the national anthem?

“This Land Is Your Land” is sublimely ecumenical, addressing the natural and human wonders of America without resorting to the divisiveness of those many supernatural elements.

I suppose the drawback is that when it comes to the imperative of emotional manipulation required by engorged corporate capitalists, Guthrie’s work isn’t as simplistic as Berlin’s schmaltzy paean to blind obedience.

Better yet, we might all wear “This Machine Kills Fascists” t-shirts whilst happily harmonizing from the third base side. It is through Guthrie’s legacy that this phrase has become immortalized. For many years my former brewing company used “These Machines Kill Fascists” as our motto, alongside a graphic of brewing vessels, and even today, with me being long gone from NABC, I never tire of telling the story of its origin.