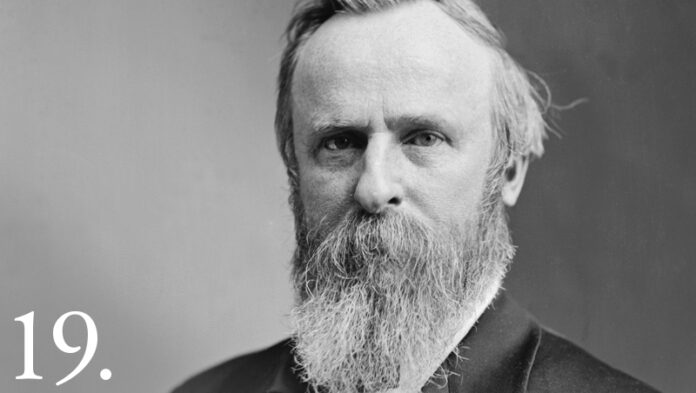 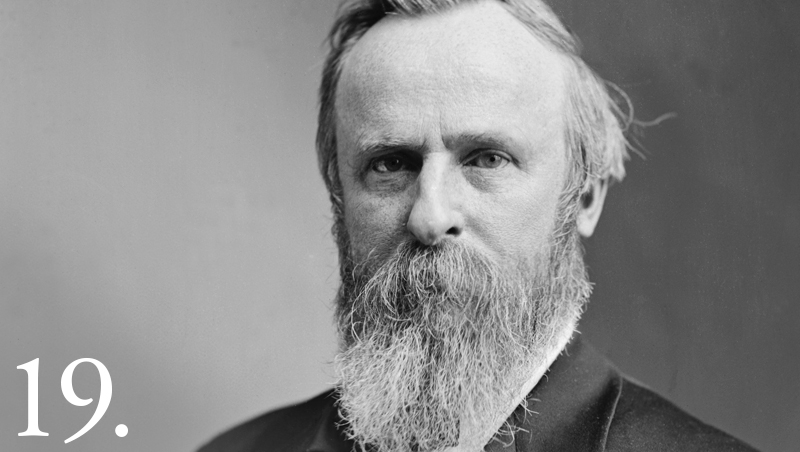 1. For starters, the forgotten American president Rutherford B. Hayes is venerated in Paraguay (story at Atlas Obscura).

Maria Teresa Garozzo de Caravaca is disappointed to learn that Americans don’t share the same degree of appreciation for Hayes. “It really surprises me,” she says. “Everyone knows who Hayes is here.” His name was recently proposed for a multimillion-dollar bridge under construction over the Paraguay River. He’s appeared on stamps. There is even a soccer team in Asunción named Club Presidente Hayes, whose players are known as “Los Yankees.” On one reality-TV show, the grand prize was an all-expense-paid trip not to Disney World, but rather to the Rutherford B. Hayes Presidential Library & Museums in Fremont, Ohio.

Irene Triplett, whose father defected from the Confederate Army and enlisted with the Union, collected $73.13 a month.

3. Dispassionate etymology does not support the theory that the word “hooker” (a prostitute or sex workers) come from the surname of the Civil War’s Joseph Hooker, a Union commander who famously botched the battle at Chancellorsville. It has long been supposed that Hooker’s indifference to drinking and other diversions on the part of his troops prompted the term. However, the essay here is very much worth reading.

An Exploration into Why the Word ‘Hooker’ Came to Describe Sex Workers, by Trista (History Collection)