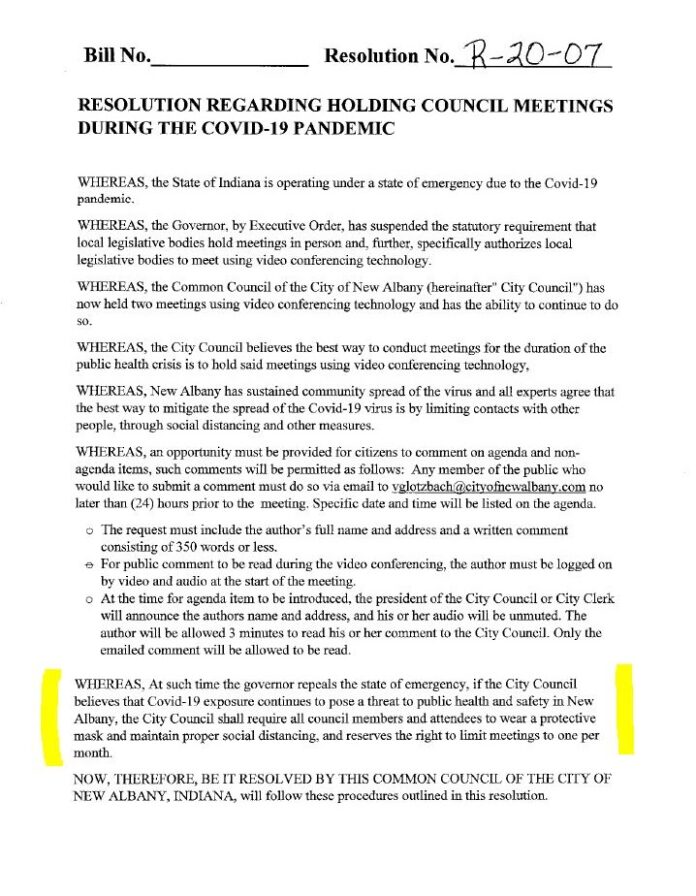 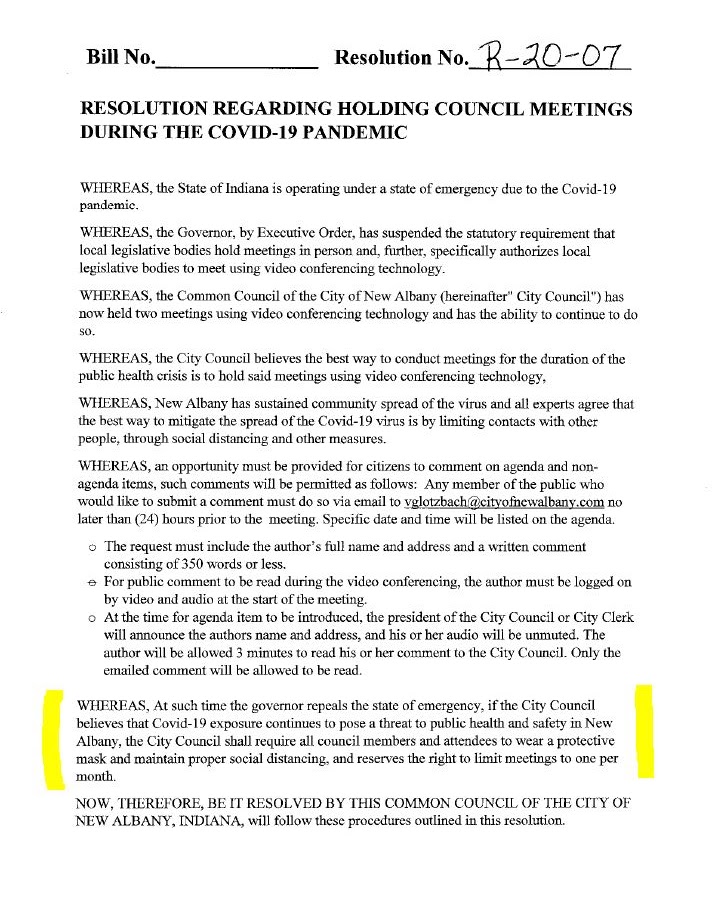 It’s bad enough that Jeff Gahan has used the occasion of a pandemic to concentrate his powers even further, but the DemoDisneyDixiecratic Party’s new scheme to set out provisional guidelines for minimal public appearances just in case things get bad again in the fall is muddled and laced with nonsense.

It’s a strange resolution, anyway. The bulk of it sets out to define how public input can be made in the era of Zoom, then a brief paragraph almost incidentally allows for the council president (currently the awful partisan sycophant Bob Caesar) to take the council underground if Gahan’s own state of electoral emergency so ordains, with COVID as pretext.

Our local DDD officials lie almost as artlessly as Louisville police. The only surprise is that Warren Nash hasn’t found a way to blame Floyd County government for his own purportedly faultless party’s enduring contempt for transparency.

Following are the minutes from the most recent council meeting. This resolution belongs in the landfill, but with five council votes coming from Gahan’s shameless bootlickers … 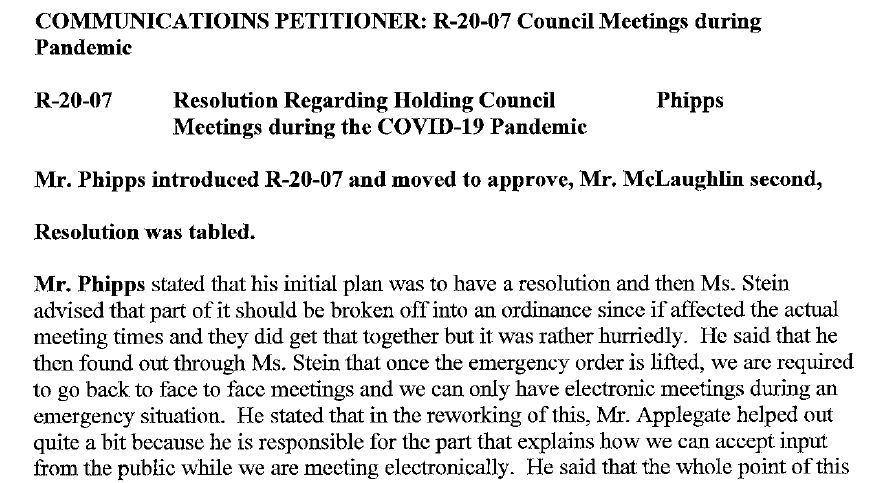 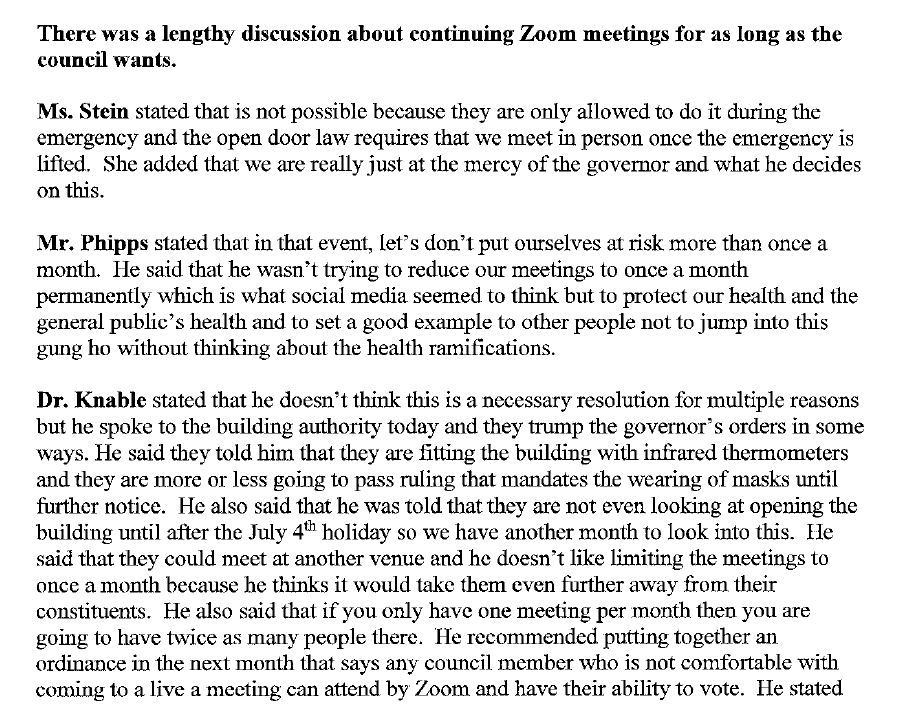 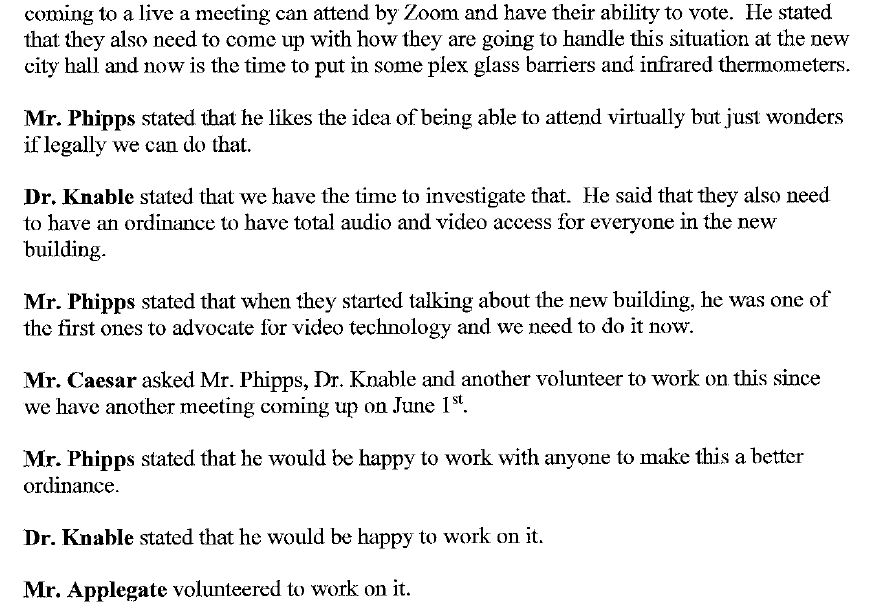