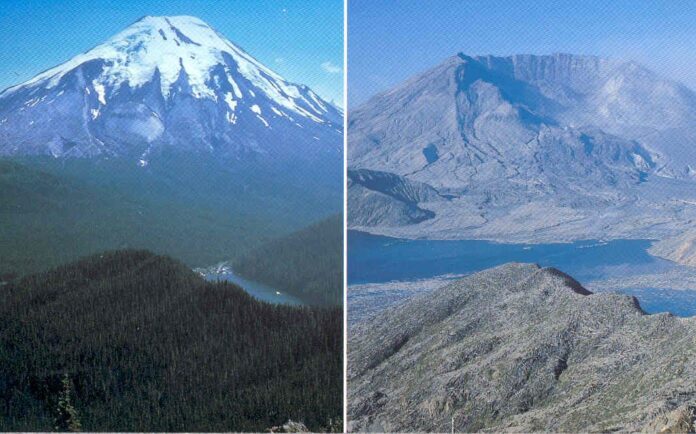 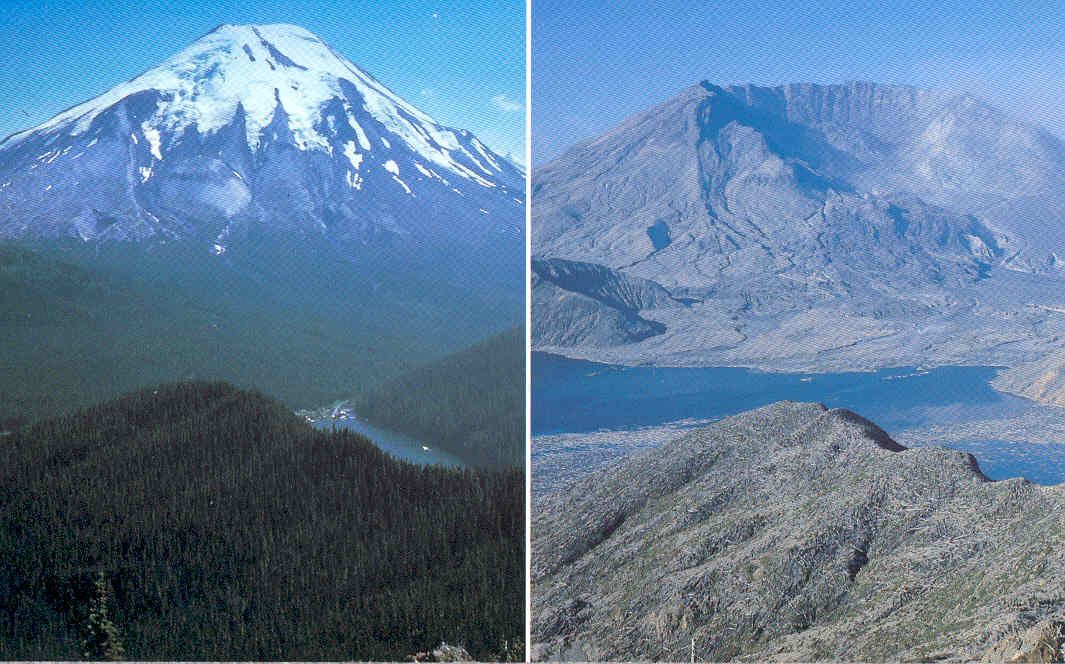 Mount St. Helens is most notorious for its major eruption on May 18, 1980, the deadliest and most economically destructive volcanic event in US history. Fifty-seven people were killed; 250 homes, 47 bridges, 15 miles (24 km) of railways, and 185 miles (298 km) of highway were destroyed. A massive debris avalanche, triggered by an earthquake of magnitude 5.1, caused a lateral eruption that reduced the elevation of the mountain’s summit from 9,677 ft (2,950 m) to 8,363 ft (2,549 m), leaving a 1 mile (1.6 km) wide horseshoe-shaped crater. The debris avalanche was up to 0.7 cubic miles (2.9 km3) in volume. The Mount St. Helens National Volcanic Monument was created to preserve the volcano and allow for the eruption’s aftermath to be scientifically studied.

This video is instructive.

The pressure caused a landslide on the mountain’s north side, which uncorked a horizontal explosion that killed every living thing within an expanse of 230 square miles — roughly speaking, this:

After the huge blast, smaller eruptions continued over a period of six years.

As the poet once cooed, time heals all wounds. Nature rapidly is reclaiming the damaged areas around Mt. St. Helens.

Recently, the NASA Earth Observatory published satellite images of the mountain taken in the years after the eruption. Since Mount St. Helens’s collapse, life in the vicinity has bounced back. Though not yet visible from space, flowering plants like the prairie lupine have been seen on the Pumice Plain, a distinctive stretch of hostile volcanic sediment on the northern slope, the area that saw the worst devastation.