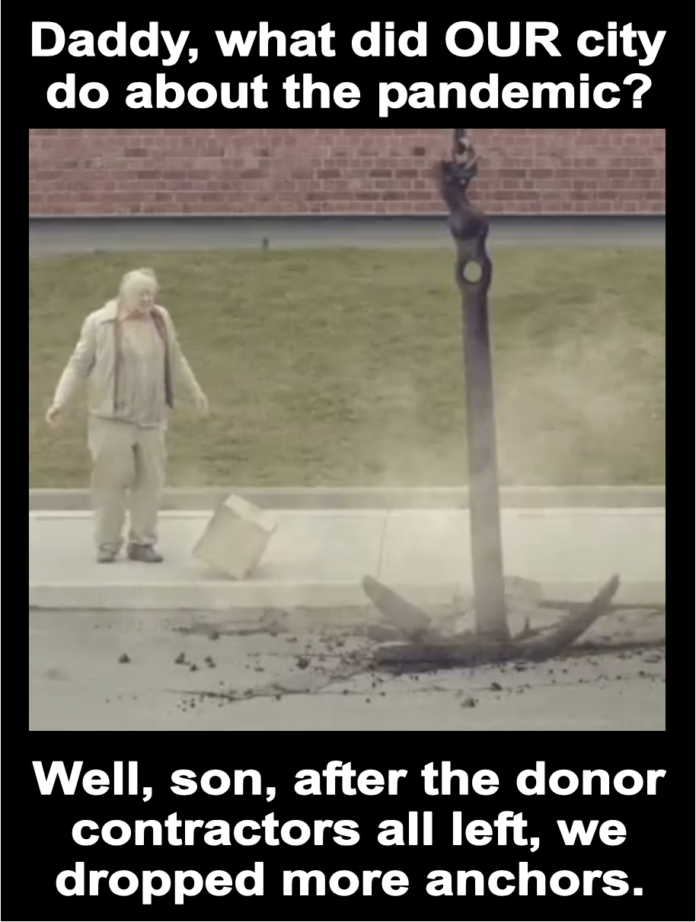 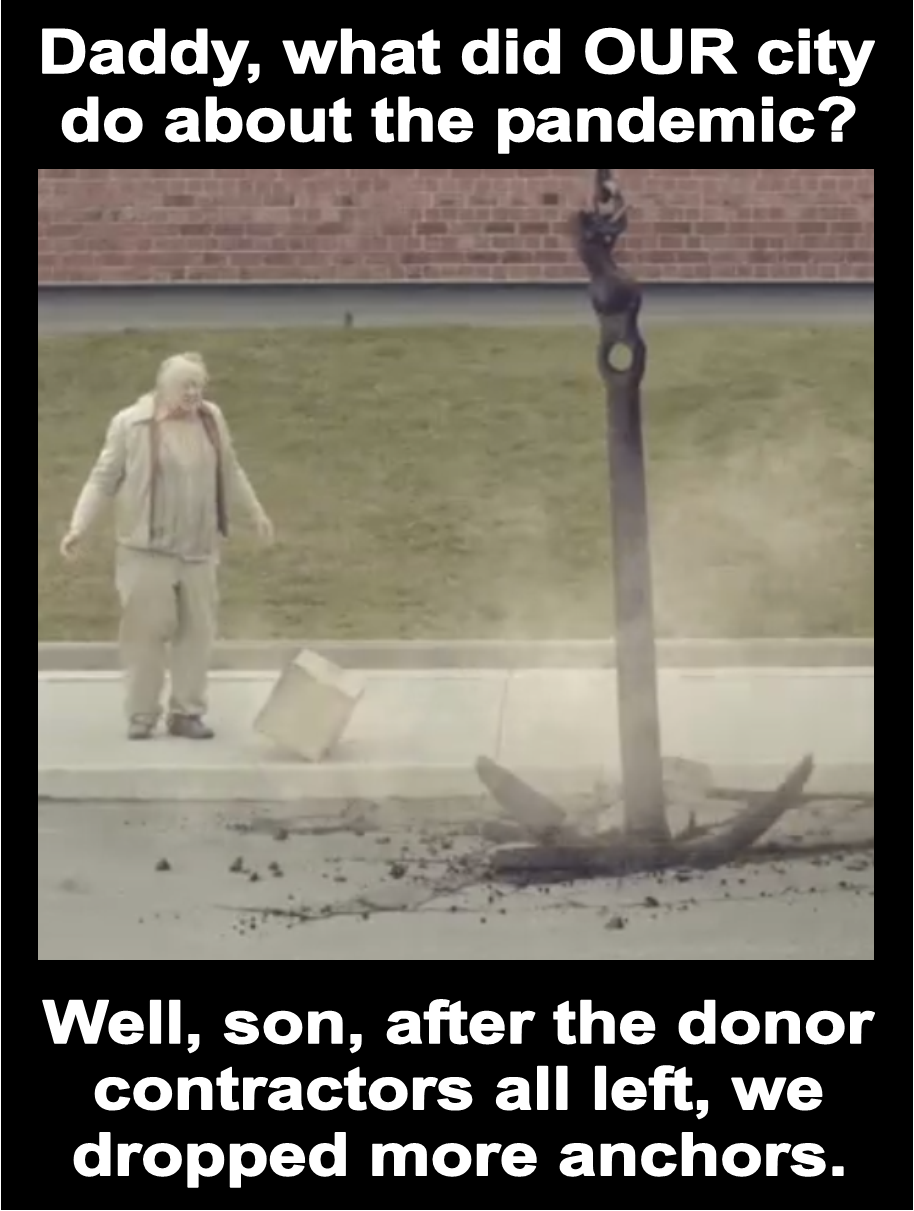 Charles Marohn has some really good advice for local leaders. The only question is whether his words are equipped with the latest in bunker penetration technology.

Nine Things Local Government Needs to Do Right Now in Response to the Pandemic, by Charles Marohn (Strong Towns)

Local governments are on the front lines of our nation’s response to the combined public health and economic crisis created by COVID-19.

Local leaders are being forced to adapt to new realities in an environment where the individuals, families, businesses, and civic organizations within their community are under extreme stress.

And, for the most part, local governments have found themselves on their own, without financial support from the state and federal governments, spectators of a clumsy response.

To make it through this crisis with the least loss of life, to set ourselves up for the strongest possible economic recovery, and to keep our community dialogue productive and healthy, local government must fill the leadership void.

It’s time for local governments to be the leaders their communities need. Here are the first steps to making that happen …

You get only the first one — this being the tip City Hall will find most difficult to wrap its avarice around.

We’re in a time of transition, the process of defining a new normal. The way things used to be, local governments were largely the implementation tool of state and federal policy. In the emerging reality, our systems need to become more bottom-up.

To build strong and prosperous communities, a local leader must:

Orient Horizontal, Not Vertical. Firmly ground yourself in representing the people in your community. Orient yourselves to zealously serve their needs, particularly in the face of established top-down systems that are not.

Be a Voice of Unity. Understand that, in such an emotional and volatile time, with so much difficult work to be done, divisive language will slow you down. Be your most generous self. There is too much to do — you can’t afford to needlessly alienate anyone.

Seize the Moment. In such volatile times, small steps taken now will ripple through time and dramatically change the course of future events. You can’t wait around for others to show the way. The cities that will emerge strongest are those that take decisive action now …

So far, here’s how we’ve dealt with the pandemic in New Albany. 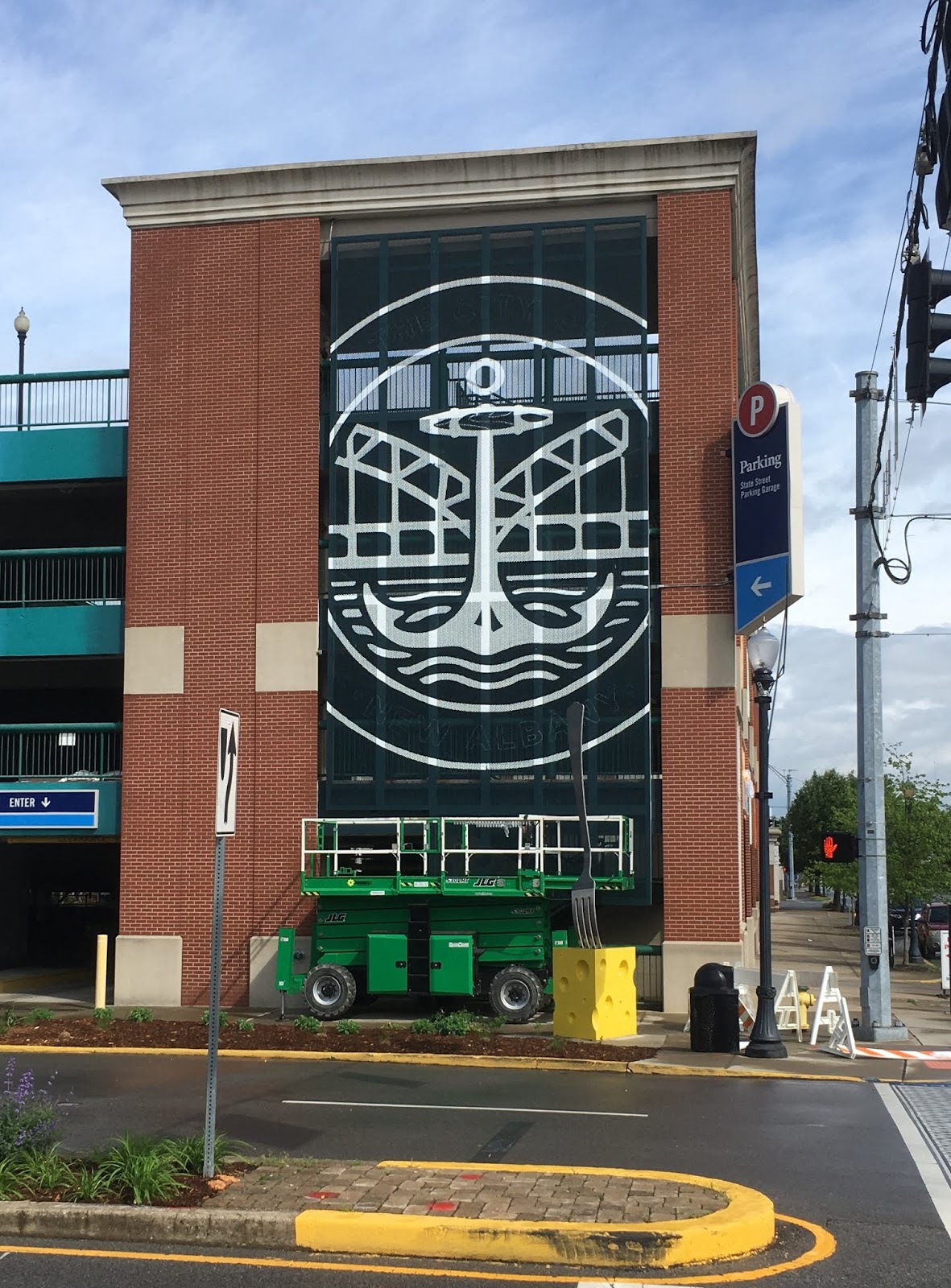 In our town, reality and satire are inseparable.