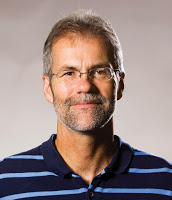 I became a journalist because I did not want to rely on newspapers for information.
— Christopher Hitchens

I don’t think that my kind of journalism has ever been universally popular. It’s lonely out here.
— Hunter S. Thompson

Two months shy of his 35th anniversary at the News and Tribune (formerly the New Albany Tribune), Chris Morris has departed the newspaper. He’s not retiring, but taking a new job, which the Green Mouse believes is at the hospital.

Here are his parting words.

MORRIS COLUMN: This long and winding road comes to an end, by Chris Morris (News and Tribune)

It’s been a little strange being in the office in recent weeks. It’s mainly dark with little human life around, except for me. Thanks to the coronavirus, I have been flying solo at 318 Pearl St. for six weeks now as reporters work from home.

The walls have been good listeners, though, and the page designers in Anderson have provided some company, but the last few weeks have been spent in solitude.

In some ways maybe that is the way it is suppose to be. It’s helped me think about what I was going to say in my farewell column. It’s allowed me to reminisce about all the co-workers and friends I have made thanks to my 34 years working here.

I knew this day would come, either voluntarily or by being told to leave. Many of you have said they would have to carry me out of here, that I would die at my desk.

There have been days when I thought I might.

But thankfully I am leaving on my own terms. A great opportunity came to me a few weeks ago and I grabbed it. And thankfully, I don’t have to move, so I will still be around town. That is a good thing because what has kept me here all these years are the great people who reside in Southern Indiana. I never wanted to move from my hometown.

It would be impossible to name all the people who have helped me along the way. There are just too many folks to thank after 34 years …