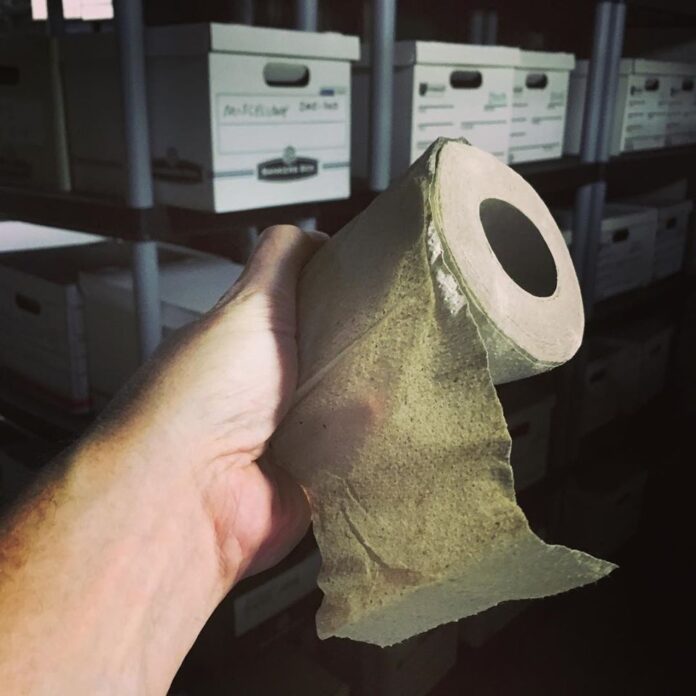 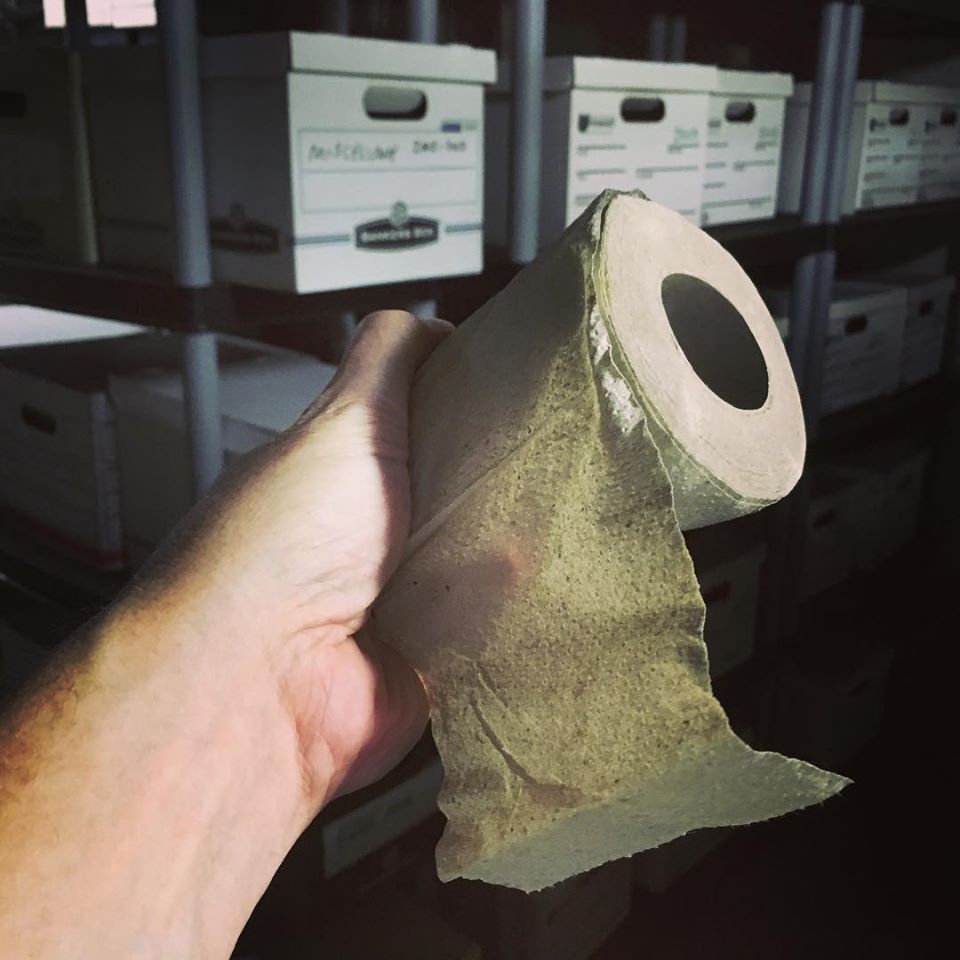 Serendipity is the motive force in life, and I knew there was a reason why I’ve held onto this roll of East German toilet paper since 1989. Just in the nick of time, too.

Meanwhile, for everyone out there equating empty (sections of) store shelves, depleted masks and missing ventilators with socialism, communism or other “isms” of which accurate definitions are lamentably lacking, have a nice read.

Spoiler alert: It’s about capitalism, not those pesky other-isms.

COVID-19 and the “Just-in-Time” Supply Chain: Why Hospitals Ran Out of Ventilators and Grocery Stores Ran Out of Toilet Paper, by Louis Proyect (CounterPunch)

On March 25th, N.Y. Times op-ed columnist Farhad Manjoo wrote about “How the World’s Richest Country Ran Out of a 75-Cent Face Mask.” The subtitle certainly went against the grain of what you’d read from a page dominated by Thomas Friedman: “A very American story about capitalism consuming our national preparedness and resiliency.”

Manjoo identified just one of many failures of the Trump administration to be prepared for the epidemic. Alex Azar, the HHS Secretary had testified that there were only about 40 million masks in our domestic stockpiles, around 1 percent of what would be required. Like much else, mask manufacturing had migrated to China in the same way as all other textile industries had long ago.

Manjoo put this into context:

Hospitals began to run out of masks for the same reason that supermarkets ran out of toilet paper — because their “just-in-time” supply chains, which call for holding as little inventory as possible to meet demand, are built to optimize efficiency, not resiliency.

I remember first hearing about just-in-time inventory techniques in the 1990s in the aftermath of the collapse of the USSR. Just-in-time was also called “lean manufacturing” or “stockless production.” Management gurus saw it as a way to eliminate waste and continuously boost productivity …