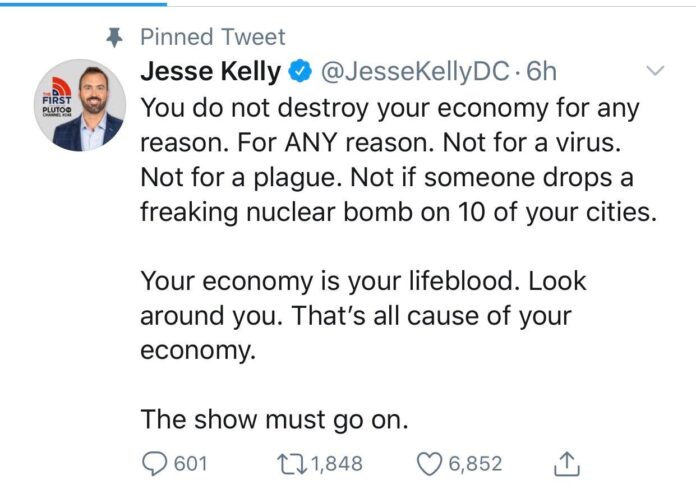 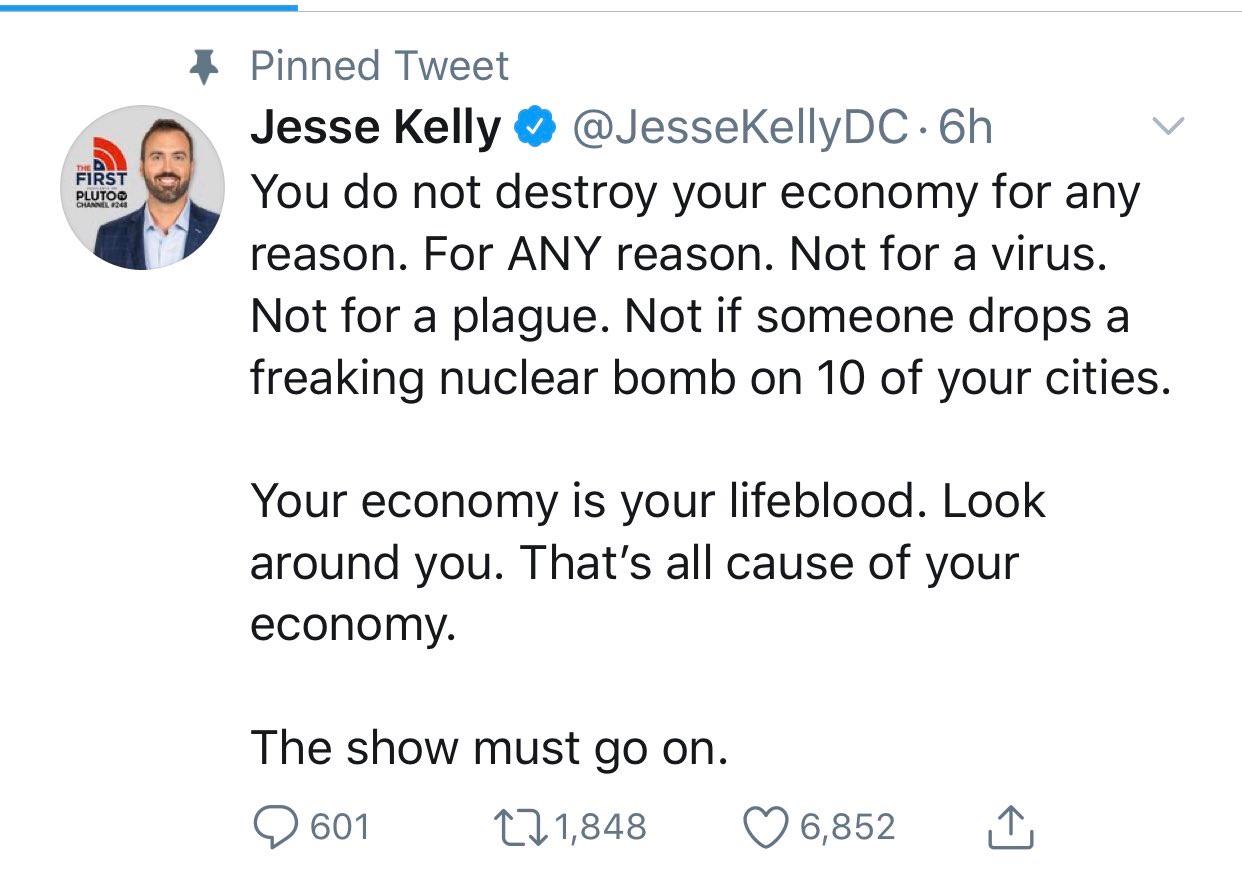 (The woman who retweeted the comment above prefaced it with these words: “They’ve pivoted from ‘it’s a hoax’ to ‘just let them all die’ with breakneck speed.”)

For those of you not in the habit of patronizing Twitter, which I know can be an acquired taste, writer Kurt Eichenwald unleashed an epic coronavirus rant on Saturday. I’ve arranged it below.

First, an unrelated fact: Eichenwald, who is 58 years old, was hired by New York Times in 1985 and began his career as a news clerk for Hedrick Smith. In turn Smith, who was the NYT Moscow Bureau Chief from 1971 through 1974, was the author of a seminal book called The Russians. If you took Frank Thackeray’s history courses at IU Southeast in the late 1970s and into the early 1980s, this book was required reading.

A very influential volume for me. Now for Eichenwald’s tweets.

Why Americans will cause one of the worst COVID-19 outbreaks.

A. A vast majority are self-centered and ignorant, believing that we know more than experts because of Google University.

B. We are self-indulgent, unwilling to make sacrifices until problems are out of control.

C. We have a nation that is so torn apart that millions were convinced a global health emergency was a lie perpetrated by people with different political beliefs.

D. There is an entire media apparatus (Fox etc) that promoted the lie for ratings and politics advantage.

E. Millions are unable to recognize that we have an incompetent President, whose mismanagement of this is on a historic scale, and who is lying every single day about this in order to feign greatness.

F. Many believe those lies, with result that they think refusing to follow safety advisories is a way to shove it in the face of those with different political opinions.

G. Many – including politicians – don’t understand the mechanisms of pandemics. They don’t get that the *right now* is irrelevant, unless it is an action of containment. It is like looking at a small flame in a house, saying “no so bad” so doing nothing as it starts to spread. So, rather than put out a small flame, which would be relatively easy, we wait until the house is on fire and expect that the small water bucket we had that could have dealt with the flame will have any impact at all once the house if engulfed in flames.

I. People think their BS “philosophies” are more important than stopping disease. So you have people whining about restaurant closings because “tyranny” and in response, other idiots up their use of them to prove everyone is stupid, when they are the stupid ones.

J. You have a level of sociopathy that is astounding. Too many young people say “I’ll be fine” when 1. They can die. 2. Kill other people 3. If they get infected, can infect someone who infects etc., fuel the spread and kill their own grandparents on other side of USA.

I could keep going & going. We as a nation are unrealistic, uninformed, arrogant, ignorant & selfish. The Greatest Generation sacrificed and stopped Hitler. We sacrifice next to nothing, so are fueling mass infection.

We’re not the Greatest Generation. We’re the Worst.