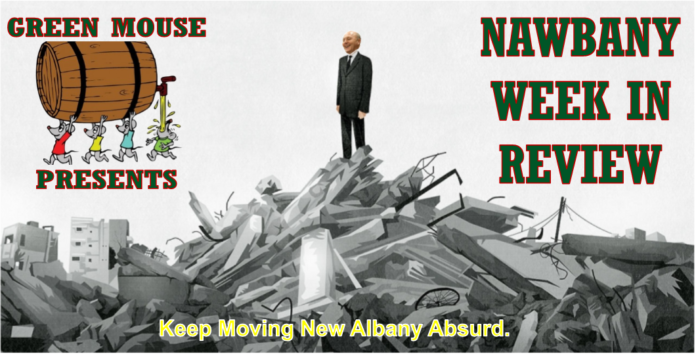 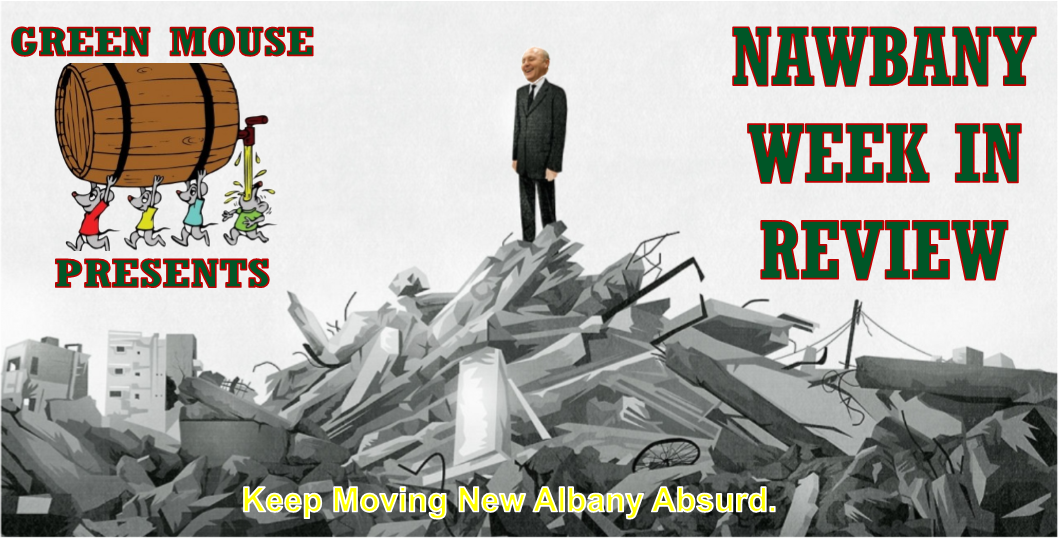 It was a slow news week, so kindly allow a digression.

For the past six years I’ve been highly critical of City Hall’s media expenditures purporting to “promote the city” — like these. 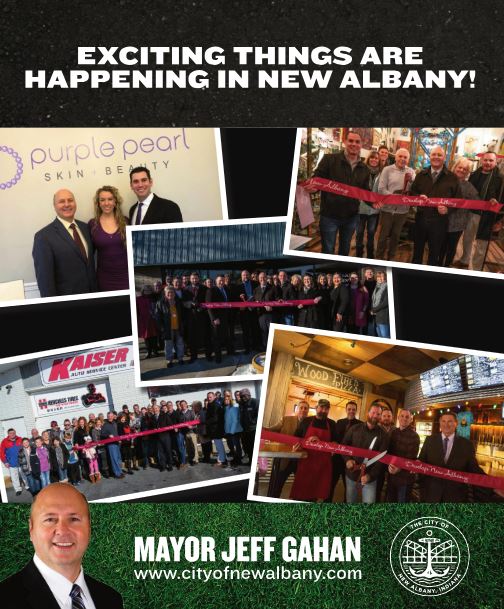 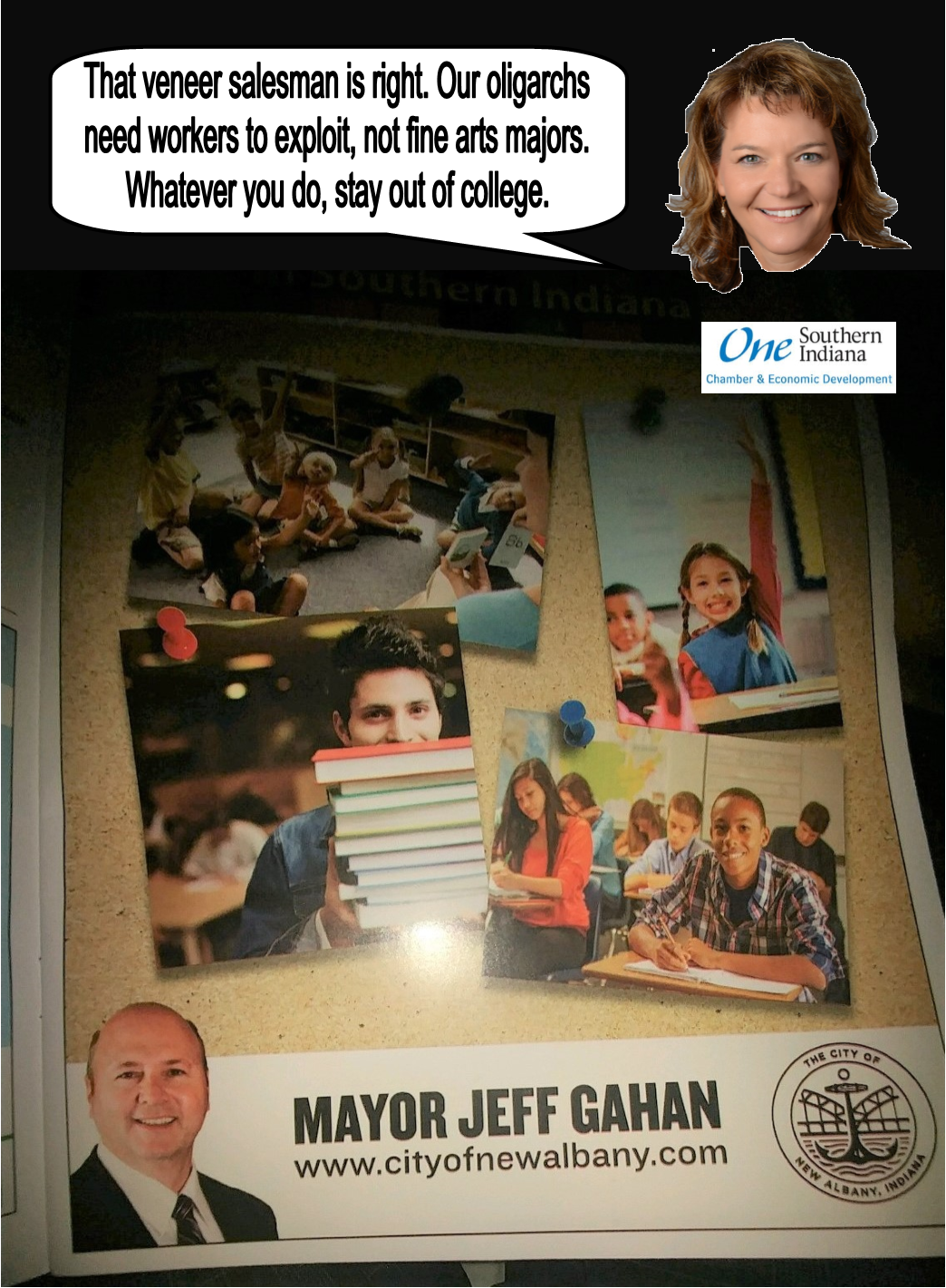 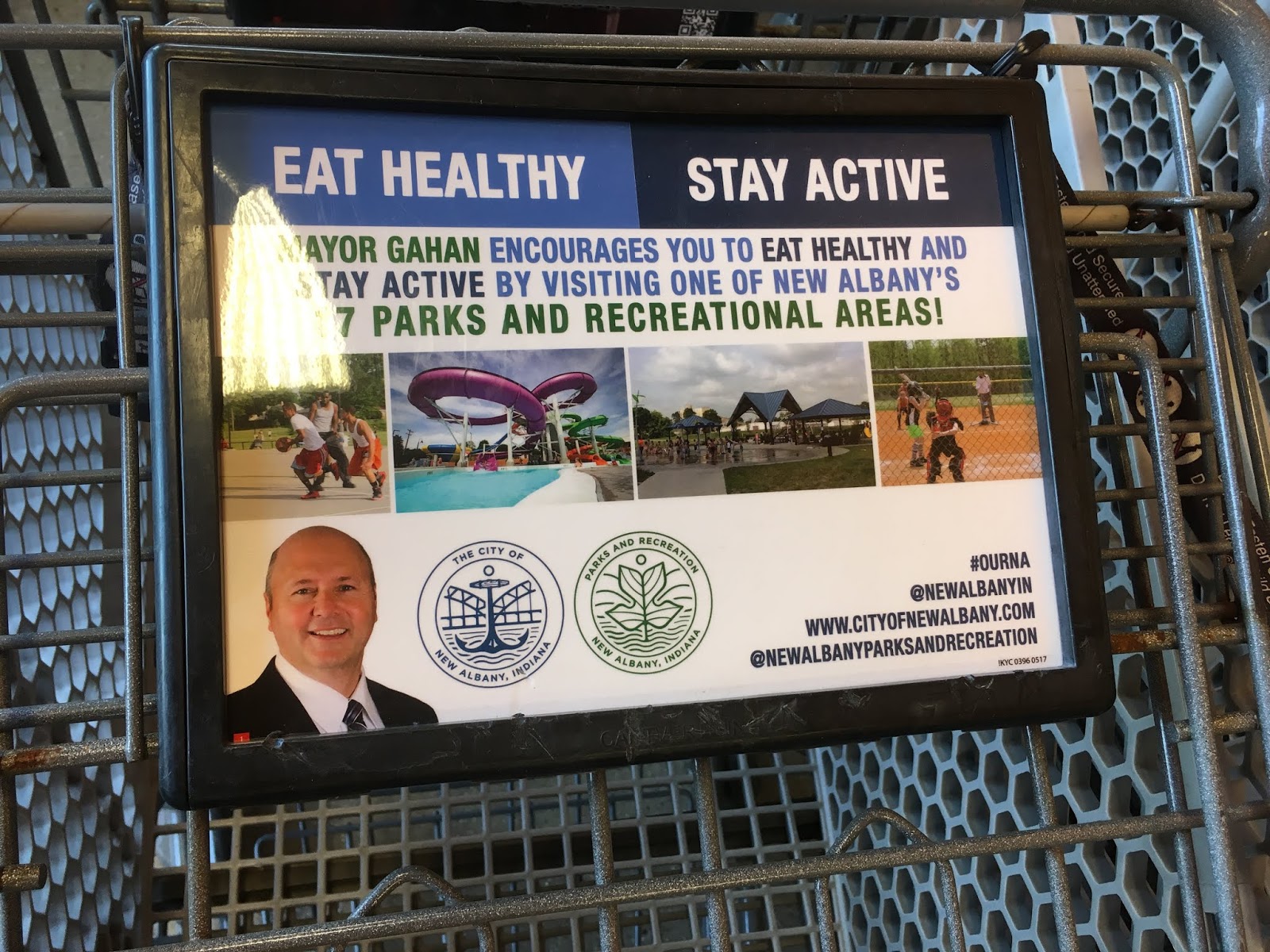 Ah … maybe we do. Of course, as even a first-grader would quickly detect, there actually is a pattern.

For most of his first two terms in office as mayor, Jeff Gahan has been using these advertisements to tout himself on the city’s dime. Granted, he’s not the first elected official to engage in such egregiousness, and it’s the sort of thing that friends adore and adversaries loathe, but here’s why it matters right now, in February 2020.

ON THE AVENUES: For downtown New Albany, escaping reality might soon be a bridge too far.

Obviously there’s nothing wrong with any of these modes of escapism, except for this one relevant ancillary factoid, which may or may not be an 800-lb guerrilla perched around the bend, about to interrupt the reverie and impose reality: the 36-48 month long period allotted for Sherman Minton Bridge repairs, which are about to teach us a critical truth about America’s post-war development patterns.

Automobile supremacy giveth and taketh away in equal measure.

The toll-free bridge has been pleasant. Now we’ll see what happens when it operates (conceivably) with only one lane open in each direction for four whole years.

In short, the city of New Albany — the public officials, private stakeholders, flagrant do-gooders, conniving slackers and every gradient in between — has wasted two mayoral terms on self-serving ephemera when a thoughtful, concentrated APOLITICAL branding and marketing exercise FOR THE CITY AS A WHOLE might have helped to create a stronger foundation as bridge repair’s transportation disruptions approach.

The “personality cult” approach Team Gahan has embraced must be viewed as a tremendous missed opportunity, and it puts us behind the proverbial 8-ball. That’s because it’s like this, and I know the truth hurts: Not one human being outside Jeff Gahan’s family ever decided to visit New Albany, start a business here, invest here, live here, work here, play here or walk their dog here because Gahan is the mayor.

And yet this is how we’ve been selling the city, and now that we REALLY need to be selling the city, we have images of Gahan on the internet, thousands of magazine in recycling bins, vague and undisclosed promises of a “secret plan” from City Hall, pillars of the community suddenly unable to voice coherent syllables, and — what else, exactly?

That’s why I kept talking about it these past few years. Time is short. Is anyone interested in fostering cooperation and leading, not merely talking smack? Step forward, please.

Now to the week in review. The primary election falls on May 5, and another grueling school corporation referendum campaign is underway. It’s about funding for mental health and safety, and the local chain newspaper’s coverage has been favorable to date.

I’m on sabbatical, but submissions arguing rationally in favor of all points of view will be published here in a timely fashion. I’m support all sides being heard. The newspaper is useless, so contact me using the customary channels.

The tourism board met at the Calumet Club. I’ll have more to say about this in a future column, but for now just the coverage.

SoIN Tourism looks toward year to come in Clark and Floyd counties, by John Boyle (News&Bune)

This year marks the 43rd anniversary of SoIN Tourism’s existence as Clark and Floyd counties’ local tourism board.

Though the third month of 2020 is already approaching, stakeholders gathered at the Calumet Club on Wednesday to shuffle the board’s leadership for the coming year and discuss the current state of affairs in Southern Indiana.

According to executive director Jim Epperson, out of all the tourism organization’s created by the state legislature all those years ago, only SoIN’s territory consists of two counties.

“It makes sense,” Epperson said. “Residents hardly know when they’re moving between Clarksville and Jeffersonville, because the borders are kind of hard to define, so visitors don’t know either.”

The industry is doing well in the region at this point in time. Good tourism follows a good economy, Epperson said, since people are more confident in spending their disposable income.

That translates into more people visiting cities along the Ohio River, with Epperson noting that he’s seeing great numbers and hearing similarly great stories from attractions, hotels and restaurants in the area.

Epperson pointed to numerous new developments across the three major communities on the Hoosier side of the river — including the NoCo Arts & Cultural District in Jeffersonville, Daisy Summit in New Albany, and the South Clarksville redevelopment project, which will see the transformation of the area immediately surrounding the famed former Colgate plant and the clock that still hovers over the property.

“What we’re doing right is taking advantage of this good economy and this good fiscal situation to remain competitive,” Epperson said. “All of these things, even the organic burgeoning of downtown New Albany, are new experiences for visitors. Clarksville South, it’s hard to imagine yet, but the vision that’s there, that’s going to be a huge thing. You put a 140-room Aloft hotel in that Colgate plant, that’s going to automatically turn that into a visitor destination. Those are all very exciting to us.”

Some other things happened, too, but I’m already late publishing this update so the hell with it. See you next week.