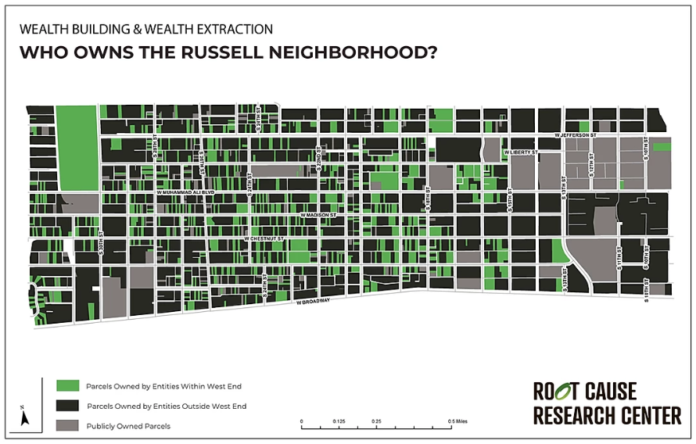 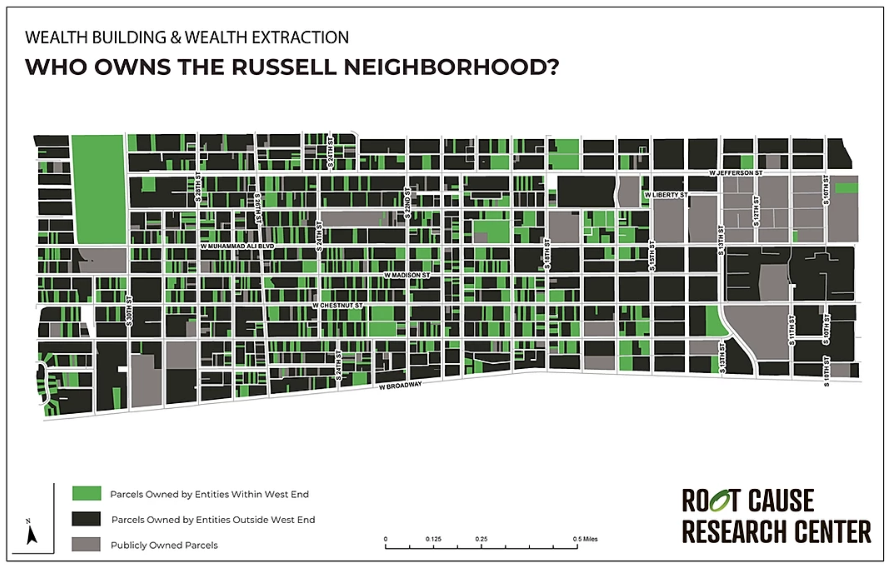 Because: Jeff Gahan didn’t pull his public housing putsch idea from the passive ether. He copied it from the progressive-pretend playbook of his political idol, Greg Fischer (current backer of Mike Bloomberg, which pretty much says it all about Fischer’s enduring cluelessness).

Sound familiar, nominal Democrats of New Albany?: “How hiding poverty and displacement is a violent strategy to become a competitive city.”

Earlier tonight I read the first three installments in the Root Cause Research Center’s series about Louisville’s Russell neighborhood. I recommend you do the same — and don’t forget this coming event.

The Root Cause Research Center and Actor’s Theatre are bringing Ananya Roy to speak on “Housing Justice: Racial Banishment & a Right to the City.”

I know, I know; a day at Recbar 812 is so much more fun. But these topics are reality, and it you’re serious about getting to the heart of the matter, it might just require deeper understanding than comic book movies and Facebook memes.

Russell: What is the Right to Remain? Part 1
“African Americans experience homeownership in ways that rarely produce the financial benefits typically enjoyed by middle-class white Americans… The real estate market is so structured by race that Black families will never come out ahead.” – Keeanga Yamahtta Taylor from Race For Profit

Russell: What is the Right to Remain? Part 2
Louisville wins at the expense of vulnerable black communities: How hiding poverty and displacement is a violent strategy to become a competitive city.

Russell: What is the Right to Remain? Part 3
Housing, neoliberalism, and financialization: What REALLY happens when the private sector controls public assets.