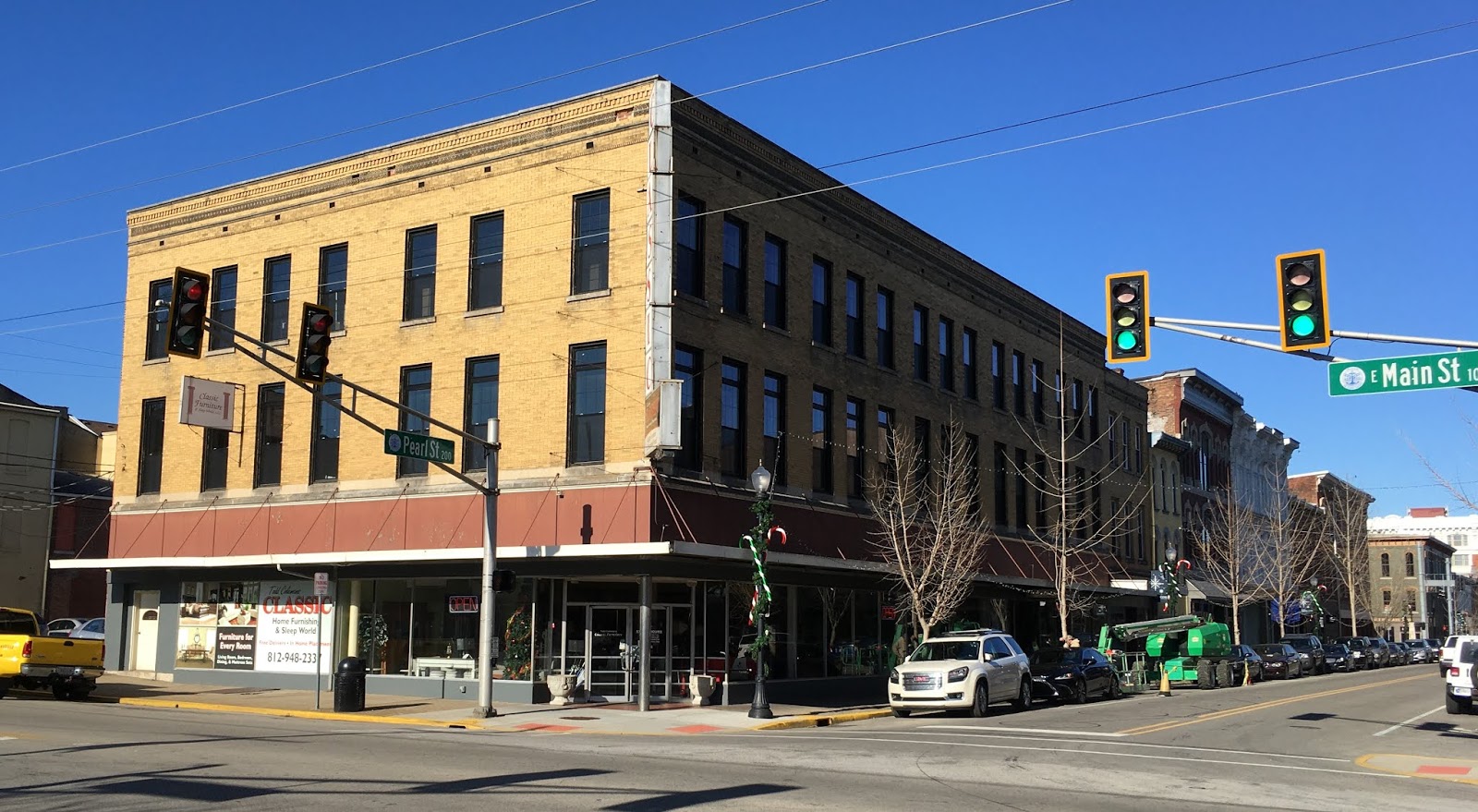 Nearly every field of human endeavor has a regular prize. And nearly every prize seems to regularly go to a clearly undeserving winner. Woody Allen’s character complained in Annie Hall, “They’re always giving out awards. Best Fascist Dictator: Adolf Hitler.” If an award like that really did exist, though, they’d probably end up giving it to Mussolini.
— Jonathan Chait, writing in The New Republic (2009)

Just to ensure the usual suspects don’t willfully misread the preceding quote, kindly note that I AM NOT comparing any local person to Hitler or Mussolini, although the Market Street North Side Only Median beautification project probably would win an award for “Best Ceausescu Knockoff” in the Totalitarian Architecture Awards (they’re not the Oscars, but the Ta Tas).

Rather, I’m here to file a nomination for Develop New Albany’s Pillar Awards, even though I’m aware of the ironic implications, given that the Pillar Awards are almost meaningless; I don’t care about them and neither does my nominee, but fair’s fair and it’s time the beautiful people boarded the damn train and gave some credit to people outside their narrow field of vision.

I’m not going to belabor the point or get frilly about it. Just this: Todd would be a deserving winner.

Todd has owned properties downtown for decades. He has successfully run Classic Furniture downtown for just as long. He hasn’t always marched in lockstep with the expectations of newcomers, but maybe — just maybe — Todd has been savvy enough to wait and see if other improvements are deep-rooted or ephemeral before reaching into his wallet.

Now Todd has reached into his wallet, and he’s doing work on all his properties. I don’t know how many windows he has replaced on these properties. To be sure, he received money from the Horseshoe/Caesar’s Foundation to facilitate this work, but I know he’s also spent a pretty penny of his own. The entire facade improvement process was weighted to provide maximum assistance to Schmitt Furniture, but Todd has done more improving with less assistance in a shorter period of time.

Yes, it’s true; awards like these are hokum in the main. But to repeat, fair’s fair. Todd Coleman deserves recognition for his perseverance, as well as his decision to upgrade his properties. Let’s hope DNA finally “gets it,” if not this year (noting the “finish by” requirements), then the next.


The investment might be in renovating historic structure, building a new structure, or renovating a non-historic structure and should have been substantially completed in the previous year ending May 31st. The number of awards granted will be determined by the Directors of the award program based upon nominations received.


Nominees must have been in business for 10 years or more