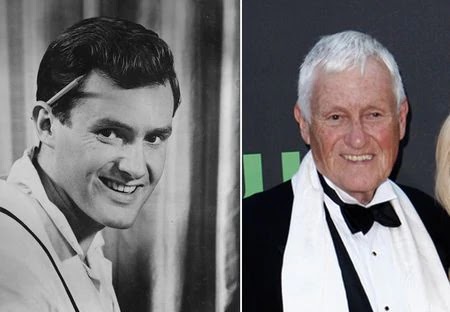 First, all due respect to the late Orson Bean. He was a ubiquitous figure back in the day, a half-century ago, when I actually watched television.

Yesterday Bean was killed by a driver, maybe two of them, although Hollywood Reporter can’t decide for sure.

Seriously, I can’t make up these things. Small wonder that outrage over drivers killing non-drivers is lacking when we can’t even speak clearly about the facts.

Orson Bean was struck by car (in the headline).

Then he was hit by a car (body of the story).

Then he was hit by a vehicle (same car; first vehicle, body of story).

Only then was he struck by a “second driver,” which police say was the fatal act of homicide, and you think for a brief moment maybe the style guideline says one must attribute death to drivers and simple non-fatal maulings to cars, but then the authors write both drivers remained on the scene.

So … which is it? Drivers, cars, vehicles? Why weren’t the attacks on Bean ALL attributed to drivers, who happened to use their cars as murder weapons?

Orson Bean, ‘Dr. Quinn’ Actor, Dies at 91 After Being Struck by Car by Mike Barnes and Duane Byrge

He was a standout on Broadway, played Mr. Bevis on ‘The Twilight Zone’ and was related to Calvin Coolidge and Andrew Breitbart.

Orson Bean, the witty New Englander who starred on Broadway, was a longtime panelist on To Tell the Truth and played the dour owner of the general store on Dr. Quinn, Medicine Woman, died Friday night after being hit by a car in Venice, authorities said. He was 91.

The Los Angeles County coroner’s office confirmed Bean’s death to the Associated Press, saying it was being investigated as a “traffic-related” fatality. It provided the location where Bean was found, which matched reports from local news outlets.

L.A. police told The Hollywood Reporter a pedestrian in his 90s was walking eastbound in the area of Venice Boulevard and Shell Avenue at 7:35 p.m. when he was hit by a vehicle.

A second driver then struck him in what police say was the fatal collision, and both drivers remained on the scene, L.A. Police Department Capt. Brian Wendling initially told local stations, which identified Bean based on eyewitness accounts.