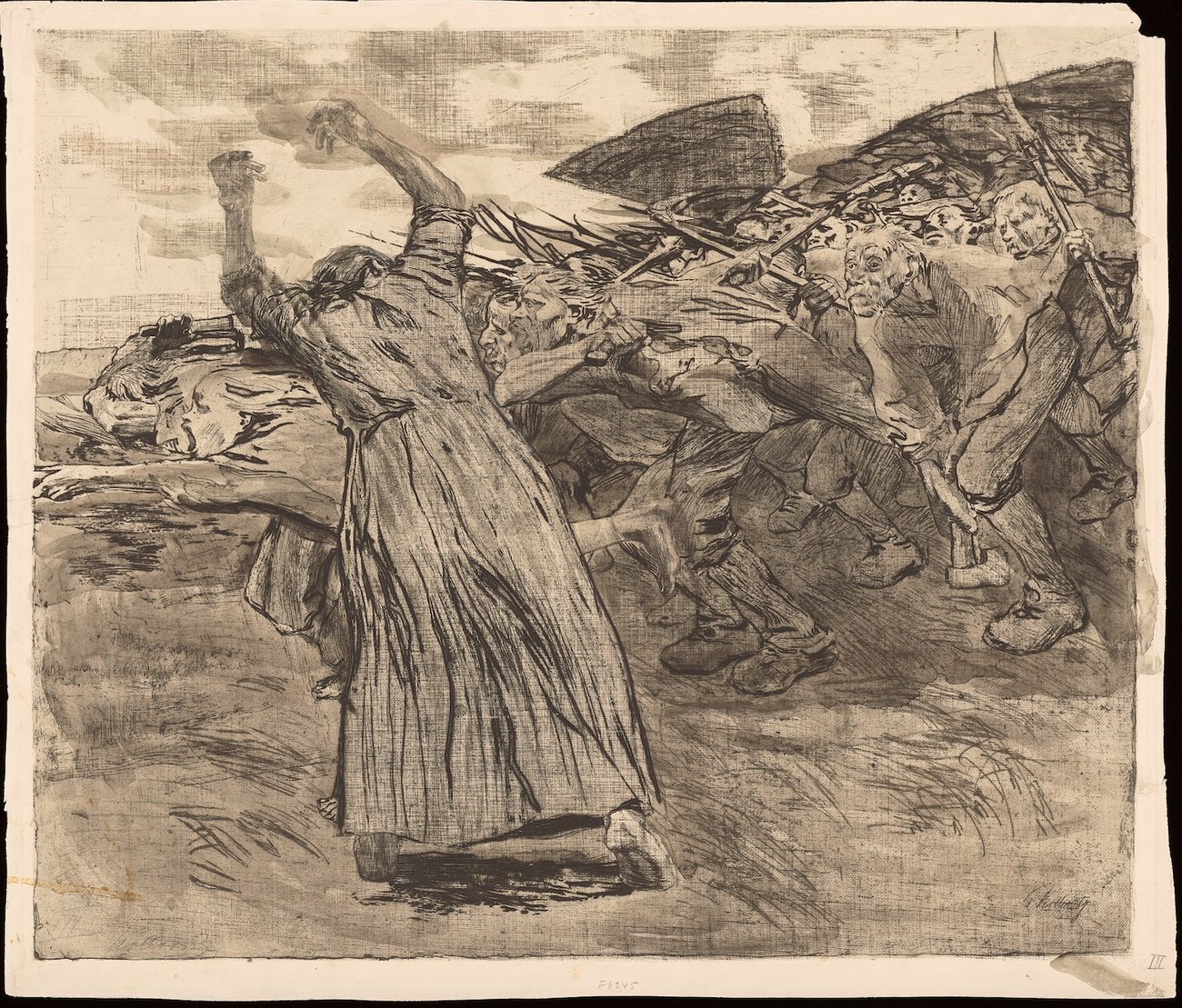 On Sunday I posted a link to an essay in which the author, an American living in Germany, related (among other things) her visit to an art exhibit in Cologne.

A bank in a mall was a weird place to find the largest collection of prints by the German artist, socialist, and pacifist Käthe Kollwitz, since her work is famously concerned with the agonies and struggles of the working class. In the old boardroom of the bank, Kollwitz’s work hung, some of it so blazing with grief and feeling it was hard, actually, to take.

Käthe Kollwitz is an artist we all should know.

Fiercely committed to portraying the plights of workers and peasants, Käthe Kollwitz rendered the grief and harrowing experiences of both historical and contemporary wars in the first decades of the 20th century. Bucking usual artistic trends, Kollwitz adopted printmaking as her primary medium, and drawing from her own socialist and anti-war sentiments, she harnessed the graphic and expressive powers of the medium to present to the public an unvarnished look at the root causes and long-lasting effects of war. While her interest in printmaking and sometimes her subject matter coincided with the Expressionist painters in Germany, she remained independent from them, charting her own path in the burgeoning world of modern art.

In following the example of Goya’s print series, The Disasters of War, Kollwitz’s depictions of rebellion, poverty, and loss refuse the melodrama of war and sacrifice and instead concentrate on specific personal experiences that can be understood by many. In addition to her powerful visual legacy that still reverberates among graphic protest artists, her role as a recognized, leading female artist of the time ensures her place in the annals of 20th-century modern art.