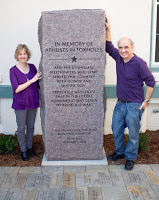 Facebook reminded me of this post from January 8, 2018. It generated 130 comments, which I’m not going to repeat here.


The content seems especially apropos given my current sabbatical from local political commentary, which I’m navigating with a calm sense of detachment and resignation when not kicking, screaming and contemplating an alias.

No flippancy in what I’m about to write; I’m genuinely curious.

To begin, I’m well aware that outspokenness has a tendency to make enemies, and as such, when I signed on to be a dissident, I figured I was going to have some. No complaints; eggs, omelettes, and all that.

This said, I was told something today that actually strikes me as surprising.

There’s a prominent individual in town who loathes me (it isn’t a mutual feeling; I just wish the Peter Principle wasn’t so firmly entrenched in his line of work), and as I’m informed, one big piece of his dislike for me is that I’m an atheist, while he believes that our society rests on a foundation of “Christian values” (as it was relayed to me).

Judging by his job performance (not to mention political affiliation), this seems a tad hypocritical, although that’s not my point.

But on second thought, maybe I have no point, and shouldn’t be surprised at all. I’ve never had a beef with Christianity as a personal belief system; rather, it’s the tendency of Christians to evangelize and assert theological primacy in an arena where there should be no winners — but rather how you play whatever game you’ve chosen.

Never mind. An eyebrow is arched; after all, what does my being an atheist have to do with the fundamental basis for our disagreements?

However, I suppose it happens all the time. So it goes.