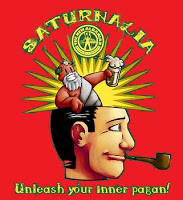 Many regular readers know that my 15 minutes of fame (and about as many loose farthings of “fortune”) derive from a quarter-century’s tenure as co-owner of the New Albanian Brewing Company’s original Pizzeria & Public House — originally Sportstime Pizza and Rich O’s, as they’re still referenced colloquially.

NABC’s Bank Street Brewhouse project came 17 years into this gig, and it proved to be somewhat less enduring, at least from a financial standpoint. Creatively and artistically, I’ll still put BSB up against anyone and anything, rather like a rock band that made critically acclaimed albums but never found enough of an audience to fill stadiums.

But in capitalism, one always is obliged to follow the money, and after ten years at BSB the trail went cold. As Kurt Vonnegut wrote, “so it goes.”

Back in the salad days, having brewer extraordinaire David Pierce working in the Bank Street Brewhouse meant a succession of excellent beers, both everyday and seasonal, and of course David had ample assistance from Jared Williamson, Jesse Williams, Josh Hill, Pete Fingerson, Ben Minton and numerous others along the way.

However it was Jesse and Jared who produced the the first Naughty Claus (spiced) Winter Warmer all the way back in November of 2006, working at the original pub brewery on Grant Line Road. Naughty Claus Mach I debuted at the holiday season draft beer fest known as Saturnalia.

In pre-Christian Rome, Saturnalia was the annual winter solstice celebration coinciding with the feast days for Saturn (the god of sowing and the harvest), Consus (god of the storage bin) and Opa (goddess of plenty).

Many of our contemporary winter holiday traditions derive from Saturnalia’s pagan roots, including the hanging of wreaths and garlands, donations to the needy, prayers for peace, time off work to be enjoyed with family, and of course eating, drinking and merriment.

NABC pays tribute to these ancient pagan origins with Saturnalia. Dozens of special kegs from the USA and around the world – some rare, some seasonal and others just plain festive – will be pouring at our Pizzeria & Public House.

When the doors open at 11:00 a.m. on our new Saturnalia kick-off day, Plaid Friday (November 23), the first wave of sacrificial Saturnalia selections will be tapped in the traditional, ritualistic manner, and the hedonistic pleasures will begin. The remaining kegs will be deployed as the days pass, and the revelry is expected to continue throughout the month of December.

To be perfectly honest, I miss the institution of Saturnalia a great deal. For the general public Gravity Head was the thing, but I persist in thinking that Saturnalia represented my best-ever work as a beer gatherer.

It afforded the opportunity to make a principled point about the pagan traditions we tend to associate with Christmas, as well as providing an excuse to assemble a broader range of seasonal beers than merely “all-hoppy” or “all-heavy.” There was a little something in beer for everyone with Saturnalia, and in some as-yet-determined modified format, I’d like to do it again — maybe with bottles and cans this time next year at Pints&union.

When Bank Street Brewhouse got underway, brewmaster David modified the Naughty Claus recipe, and from 2011 to his departure (circa 2015) it remained the same each year. Josh succeeded David, and now the ale is fashioned by Ben, full-circle, back at the garage brewery from whence it came.

I got a keg from Ben, and it’s on tap at Pints&union (starting Friday, December 20 for a very limited engagement).

After a small tasting while engaged in changing the keg, I suspect it has undergone further changes. It tastes good to me, and that’s that. These words appeared on a sales sheet I wrote some time around 2012. I’d expect the 2019 version to be in this approximate ballyard.

As Chico Marx once presciently observed, there ain’t no sanity clause, and that’s why restricting one’s choices to either naughty or nice in the sense of holiday largesse is to commit the fallacy of the excluded middle.
In our view, chimneys and voyeurism go together much like Chico’s great uncle Karl and Charles Dickens, author of “A Christmas Carol,” because what is this most materialist of capitalist shopping seasons if not the pretext for a much overdue dialectic?
And then there is the man of the hour himself, Mr. Claus, and he needs his daze off, too, just like the rest of us. NABC’s annual ale in his honor debuted in 2006, and since 2011, the recipe has held fast, as formulated by our director of brewing operations, David Pierce, whose first batch of Christmas ale at the Silo brewpub in 1992 predates the birth of today’s Naughty Claus drinkers of a certain, youthful legal age.
—
Naughty Claus
X-mas Spiced Ale
ABV: 8%
IBU: 12
Color: Orange to amber/brown.
Flavor: Medium- to full-bodied. Malty/fruity backdrop, classic Christmas spiced character (ginger, cinnamon, nutmeg, orange peel).
Compare to: Great Lakes Christmas Ale, Old Fezziwig.
Description: Quintessential X-mas. Malts include Rahr pale, Castle aromatic and Crisp medium crystal, with Hosey autumn gold and midsummer day honeys. Hops are German Hallertauer Magnum. Sweet and bitter orange peel, fresh ground ginger, Vietnamese cinnamon and West Indies nutmeg are the spices (with dry-gingering in the Brite tanks). NABC’s house Chouffe yeast completes the scene.
Recipe suggestion: Seeing as Naughty Claus shadows the Wassail bowl, it isn’t an easy call, but since turkey and ham with all the trimmings are common Christmas meals, why not start there?

In early December the Courier-Journal’s Dhalia Ghabour included Naughty Claus in a list of “12 Days of Christmas Beers.”

This Belgian spiced ale, Naughty Claus, carries a swirl of flavor from cinnamon, nutmeg, ginger, honey and bitter orange peel. Released on Dec. 18, the beer is a dark golden color with a medium mouthfeel, according to brewer Ben Minton. It’s available on tap only at New Albanian Brewing Co. — and limited to eight kegs.

“You’ll get an up-front spicy characteristic, sort of gingerbread flavor, but also the back taste of the Belgian yeast that Belgians will have,” said manager Sarah Howell. “It’s a really great one with pizza and sweet desserts.”