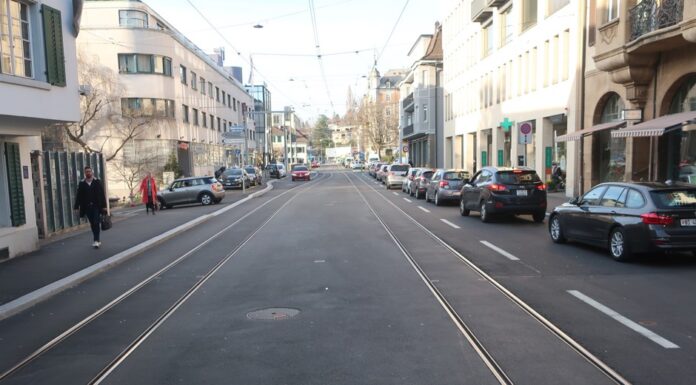 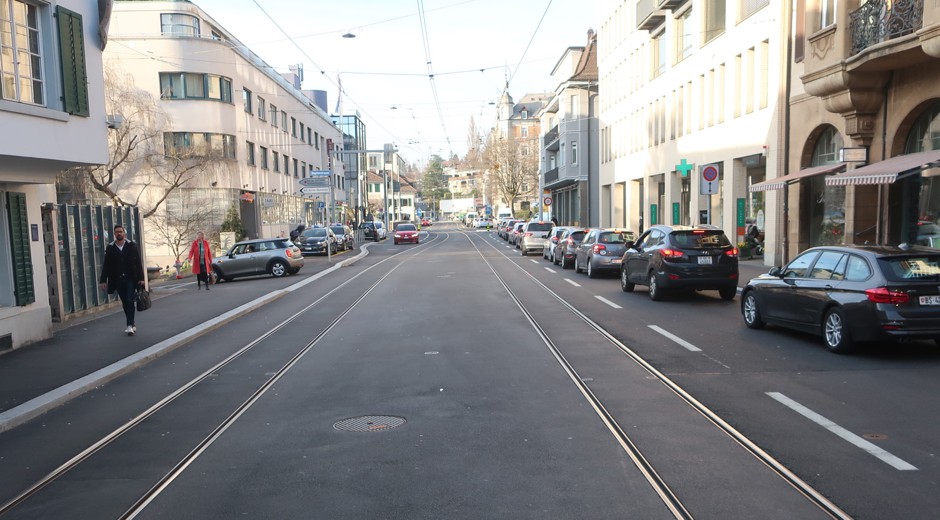 CityLab is completely free. There’s nothing stopping you from following this link and achieving a greater understanding of places where sensible solutions are allowed to exist.

What Does This Street In Zürich Mean?, by Norman Garrick (CityLab)

If you see how cars, streetcars, bikes, and pedestrians use this Swiss street, you can better understand what’s wrong with so many other urban thoroughfares.

Above is a picture of a pretty typical city street in Zürich, Switzerland.

What do you see?

In some ways, this scene represents a kind of Rorschach Test for transportation and urban planning. If you are a passenger on a tram riding on one of the two sets of rails that take up most of the street, this scene represents freedom of movement and a sense that transit is privileged in Zürich. If you’re a pedestrian, this is a relatively comfortable street to be on, with useful services, restaurants, and a few interesting stores (check out the model train store at the corner with Haldenbachstrasse). If you’re on a bike, this, like most other streets in Zürich, is OK, but not great.

But if you’re an American tourist, your first thought might be that these Europeans are real strange: Look at that long line of car traffic on the right, and look at all that road space going to waste. And an engineer or planner trained in the conventional mode will probably agree with you, and see a picture of abject failure. In the parlance of the traffic planner, this is a street operating at Level of Service F.

Let us first deal with the American tourist who sees inefficiency. During the peak hour, the vehicle lanes carry about 400 cars and perhaps 500 people. (I counted!) The two tramlines carry about 3,500 people per hour. So, notwithstanding the fact that at first glance the tram lanes seem empty and remarkably inefficient, the numbers tell a different story—the tram lanes are doing yeoman’s work, carrying 7 times more people than the car lanes, and they could easily carry many more. And this is before we even start to consider the environmental and economic advantages of transit over cars. (People in Zürich have unlimited access to all transit in the city for just $1,000 per year, yet the subsidy from the city, state and the nation is modest, since the fare box returns, and other revenues, pay about two-thirds of the cost of operating the system.)

I’ll stop there. I’m too depressed to keep snipping.