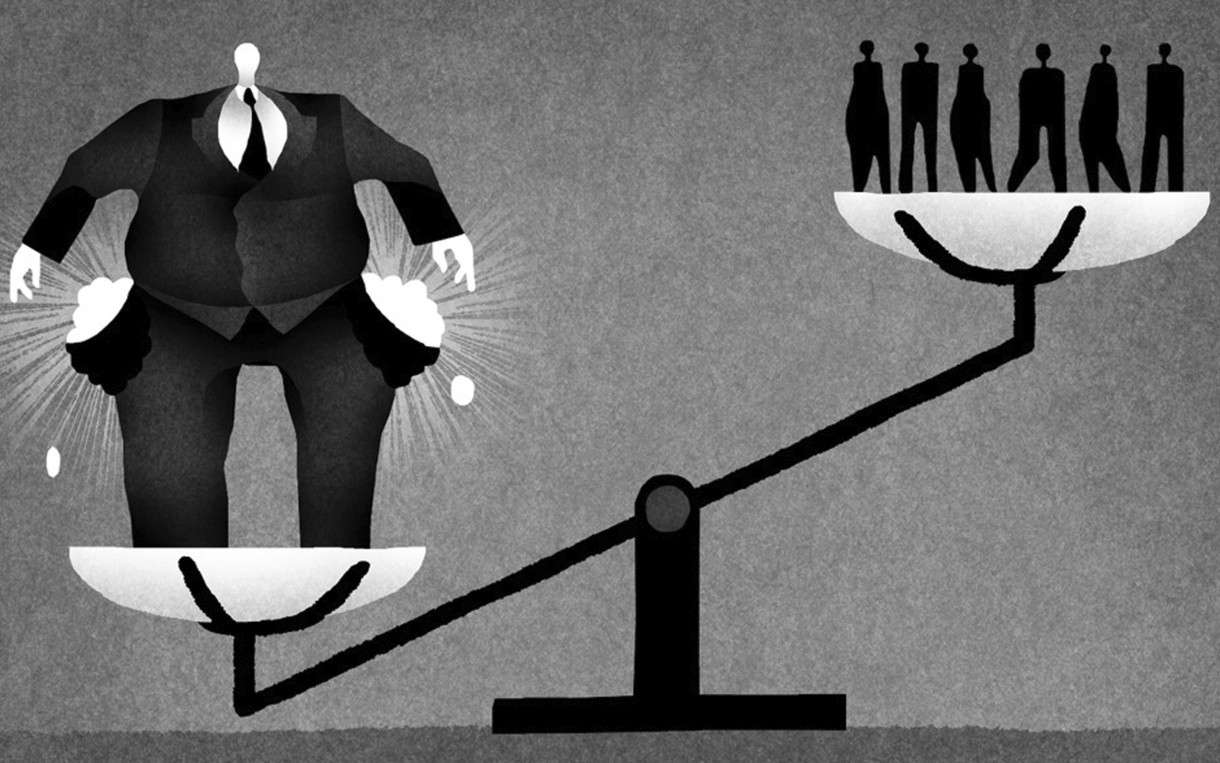 It’s a bit confounding to watch as Americans like Ms. Goldberg mourn something that barely ever existed. I’ve no use whatever for Donald Trump, and yet Trump has done nothing “to” America apart from accurately divining the obliviousness of its occupants as to eager culpability in their own oppression, which has far more to do with refusing to follow the money than visiting a therapist.

Seeing what Trump is doing to America, many find it hard to fight off despair.

Lately, I think I’m experiencing democracy grief. For anyone who was, like me, born after the civil rights movement finally made democracy in America real, liberal democracy has always been part of the climate, as easy to take for granted as clean air or the changing of the seasons. When I contemplate the sort of illiberal oligarchy that would await my children should Donald Trump win another term, the scale of the loss feels so vast that I can barely process it.

Trump grasps the efficacy of following institutional weakness and native American anti-intellectualism to their logical conclusions, because that’s where the money is.

But what if those “universal ideals” were little more than a chimera to begin with, mere window dressing to keep the inmates passive as they buy more articles they don’t need and worship the palpably untrue?

Obviously, this is hardly the first time that America has failed to live up to its ideals. But the ideals themselves used to be a nearly universal lodestar. The civil rights movement, and freedom movements that came after it, succeeded because the country could be shamed by the distance between its democratic promises and its reality. That is no longer true.

Was it true even then?

There is nothing more authoritarian and oligarchic than all-encompassing consumerism — and this is our national religious. It’s who we are and what we do.

We make choices as consumers every day that buttress capital accumulation and income inequality far more efficiently than Trump’s ability (itself questionable) to enhance further injustice.

We do it to ourselves, don’t we? It’s the economic system, and the ability of some to position themselves within it to the exclusion of others. We keep paying them, and they keep getting more powerful … and it’s not trickling down, is it?

But Trump’s political movement is pro-authoritarian and pro-oligarch.

Since when are “democratic ideals” even measured by the amount of debt you’ve accumulated on your credit cards?

“The only other option is to quit and accept it, and I’m not ready to go there yet,” she said. Democracy grief isn’t like regular grief. Acceptance isn’t how you move on from it. Acceptance is itself a kind of death.

Generally speaking, didn’t we accept it long before Trump became a factor? Conceding that to quote Thomas Jefferson puts one at great hazard, I persist in thinking that he had one indisputably great insight.

Prudence, indeed, will dictate that Governments long established should not be changed for light and transient causes; and accordingly all experience hath shown, that mankind are more disposed to suffer, while evils are sufferable, than to right themselves by abolishing the forms to which they are accustomed.

Yep; the Declaration of Independence (except for the enslaved).

Imperfect, but there it is. Move past this facile notion of “democracy grief” and ask yourself the pertinent questions: Are these evils sufferable? Are the forms to which you are accustomed still adequate?

If yes, then buy another car and head to the multiplex for another dose of Marvel comic movies.

If no, then you just might have some thinking to do. Lots of you keep talking about resisting the part of the iceberg that’s visible. Maybe it’s the system beneath the surface that needs alteration.