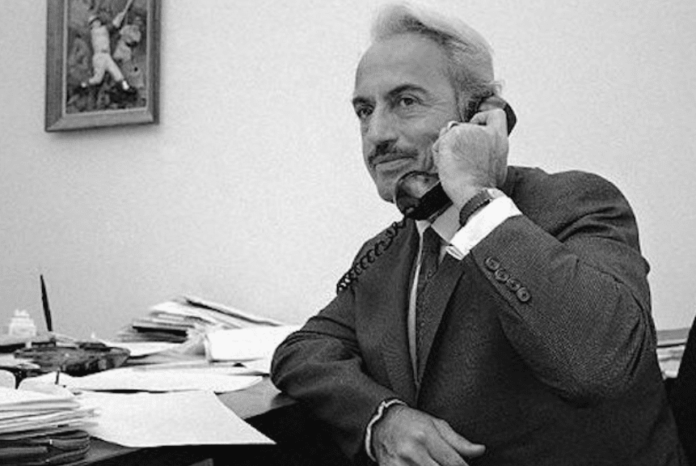 Here is the NAC post of November 27, 2012. I was mistaken; it took another six years for the honor to at last arrive.

Next year, Marvin Miller again will be eligible for the Hall of Fame.

I suspect he’ll get the nod, because the very same detestable Seligites who kept Miller out while he was living will find it sufficiently sophomoric to give in to inevitable enshrinement following his death.

… In that he utterly reshaped the way the game was played on the field, Babe Ruth probably reigns supreme on the list of those who changed baseball most. In that they reshaped its color (and our nation’s attitude – and laws), Branch Rickey and Jackie Robinson probably share second place. But only they can even be considered above Marvin Miller as men who had greater influence on the history of baseball.

Late note: Only after posting this did I see Charles P. Pierce’s piece about Marvin Miller at Esquire, and his sentiments parallel mine:

He is not in the Baseball Hall Of Fame because the voting process is completely corrupt and needs to be blown up and rebuilt from scratch. (My prediction is that they will vote him in posthumously, just to be nasty about it, because Miller already told them not to bother.)

Pierce gets the last word: “(Miller) had a positive genius for making all the right enemies.”

Another day-late note: There’s a great interview with Miller at The Nation.