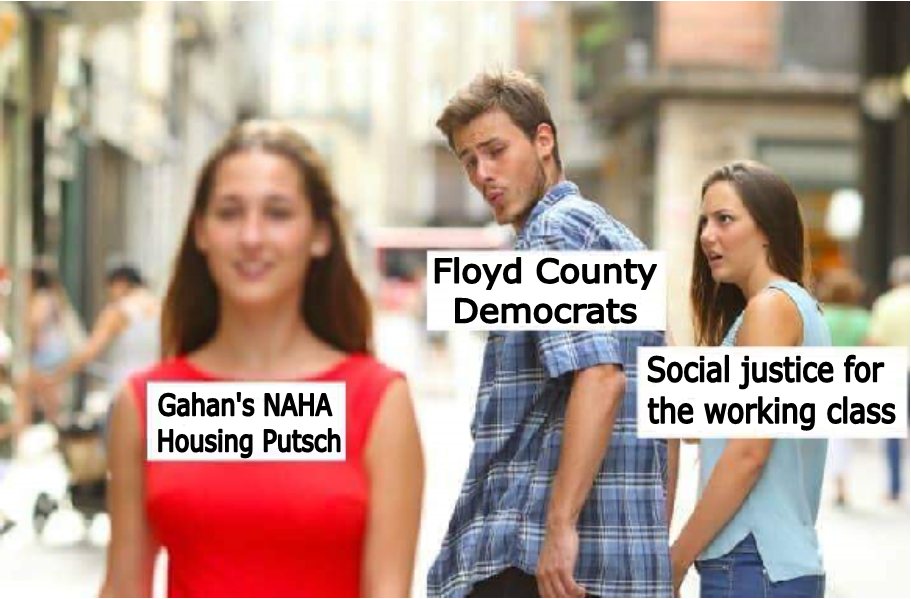 I haven’t thought very much about the presidential race because most of my time has been devoted to local issues, a paradigm now undergoing renovation.

Nothing has changed with me. I support Bernie Sanders, and will continue to support him. If Sanders loses in the primary, then it will be time for a rethink. In next year’s election I’ll vote for whichever presidential candidate best reflects my own worldview, and national special-interest-driven Democrats wailing about the necessity of centrism are of no greater attraction to me than Gahan’s sycophants.

In my view, Kamala Harris one of many non-factors, as the article linked here attests. In fact a case can be made for many of the Democratic Party aspirants as potential cabinet members, but that’s about it, and it isn’t clear if even this level of attainment would be proper.

Harris’s record as a prosecutor was representative of a politics of the past. The nation has moved on.

News broke on Tuesday that Kamala Harris was ending her run for president. While there are a number of reasons her candidacy was not successful, chief among them was her decision to brand herself a “progressive prosecutor.” She was not, at least not by today’s standards.

The Achilles heel for the Harris campaign has been a perceived lack of authenticity. There is no better example of the gap between public presentation and historical record than her mischaracterization of who she was and what she did from 2004-2015, when she was San Francisco’s district attorney and then California’s attorney general. In truth, Harris’s record reveals that she is a centrist on criminal justice. Had she run on that record or reckoned with it—including acknowledging the harm her status-quo policies inflicted—the outcome might have been different.

It is understandable that Harris would want to claim the progressive prosecutor label—it is trending nationally now. It signals to voters that a candidate will break from the failed tough-on-crime policies of the past. In the last five years, reform-minded candidates across the country have run and won top prosecutor posts on a message of ending money bail, refusing to prosecute low level drug crimes, and vows to prosecute police officers who shoot unarmed civilians—who are almost always black and brown men.

Harris positioned herself as the original “progressive prosecutor.” She was first elected as San Francisco’s top prosecutor in 2004. As district attorney, she pledged to never impose the death penalty, defying the city’s police department and Democratic leaders who were clamoring for the execution of a 21-year-old who killed an undercover police officer. She later wrote a book called “Smart on Crime” that urged officials to abandon the “tough on crime” policies of the past and instead favor rehabilitation over punishment. By the standards of the time, claiming a “smart on crime” mantle was lonely territory for an elected prosecutor.

But Harris fell behind the curve over the past fifteen years, as the nation’s sense of the scope and moral urgency of needed reforms to the criminal legal system—and especially to the role of elected prosecutor—shifted dramatically. The shift revealed that Harris’s brand of “progressive prosecution” was really just “slightly less-awful prosecution” — a politics, and set of policies, that still meant being complicit in securing America’s position as the world’s leading jailer …