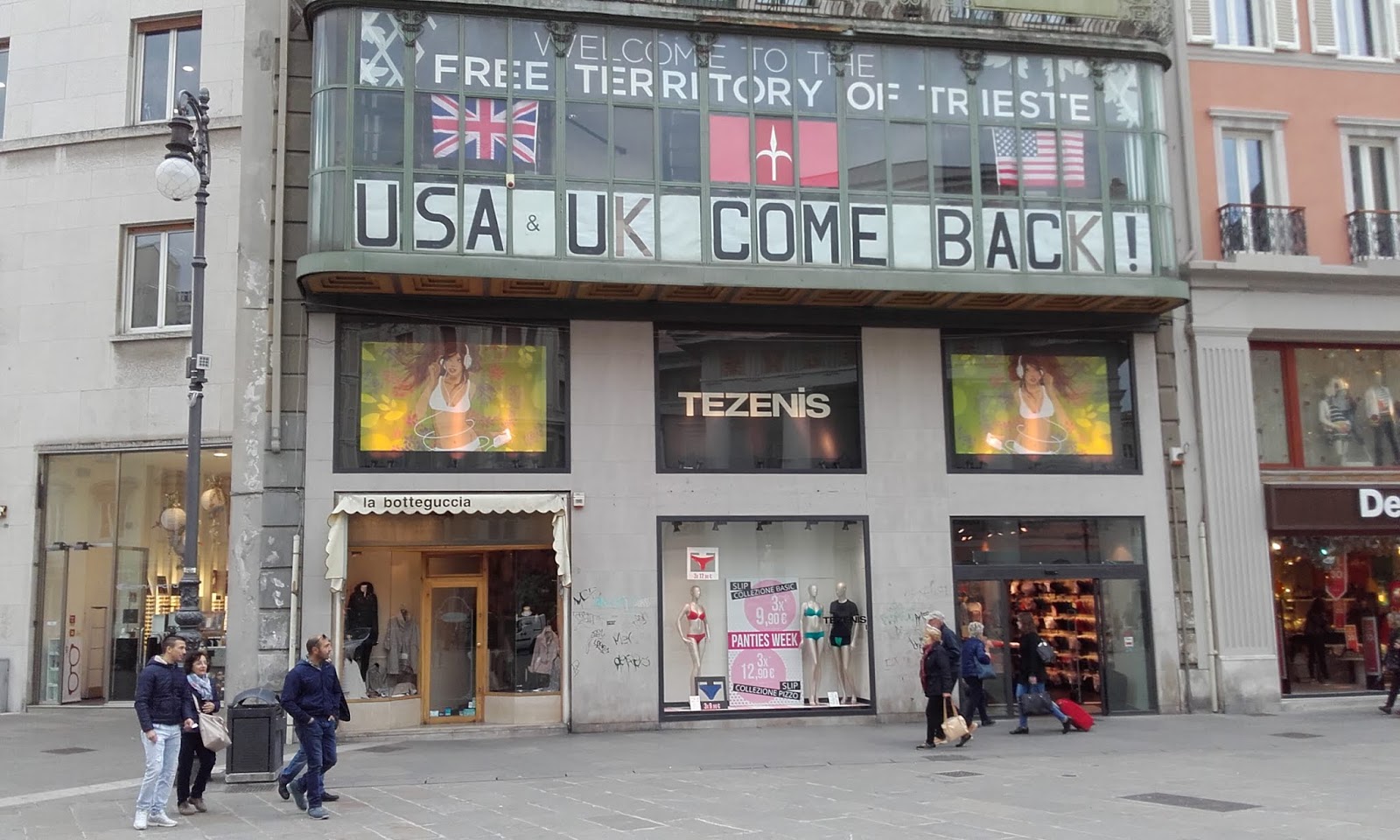 We look at all these lines on a map and forget how ephemeral they can be. The border of independent Slovenia lies a few miles outside Trieste; 30 years ago it was a component of Yugoslavia. In this part of Europe, much of the geographical flux owes to the Austro-Hungarian empire’s death in 1918.

Perhaps my most recent period of sheer Habsburg obsession came in 2012.

Arguably any of us who succumbs to fascination with the Austro-Hungarian empire’s latter decades almost by definition must be equally gripped by the story of the grouping and regroupings that followed its demise.

And Trieste is a big part of this tale. Might it become something different yet again? This seems unlikely, although hardly anyone at the time foresaw the Berlin Wall coming down, either.

The Free State of Trieste, by Tara Isabella Burton (Slate)

Activists have a plan to make the Italian port city something much bigger.

Somewhere on the Adriatic between the Miramare and Duino castles just north of the city of Trieste, on a sailboat called the Punt e Mes, owned by an amateur historian of the Habsburgs, the filmmaker Luca Wieser said he had an “aforisma” (aphorism) to share with me. It featured prominently in the film he’s working on, an as-yet-unreleased documentary about Trieste during World War II, portions of which he screened for me on his laptop as the Punt e Mes lurched over the waves.

It was a quote from Milan Kundera:

The first step in liquidating a people is to erase its memory. Destroy its books, its culture, its history. Then have somebody write new books, manufacture a new culture, invent a new history. Before long that nation will begin to forget what it is and what it was. … The struggle of man against power is the struggle of memory against forgetting.

That, Wieser said, was what was happening to Trieste.

“Even in universities,” he insisted, professors taught a skewed version of history, claiming that Trieste was an Italian city. A lie, he said, designed to serve the interests of the powerful.

Wieser and his companions, all members of the fringe Free Territory of Trieste movement, have a dream for their city. They dream that one day, Trieste—a former Austro-Hungarian port city of 250,000, technically within Italy’s current borders but historically culturally amorphous—will be recognized for what it is: a free territory, neither Italian nor Slovene, neither Austrian nor Balkan, but its own distinct maritime capital, a sovereign and cosmopolitan nation …