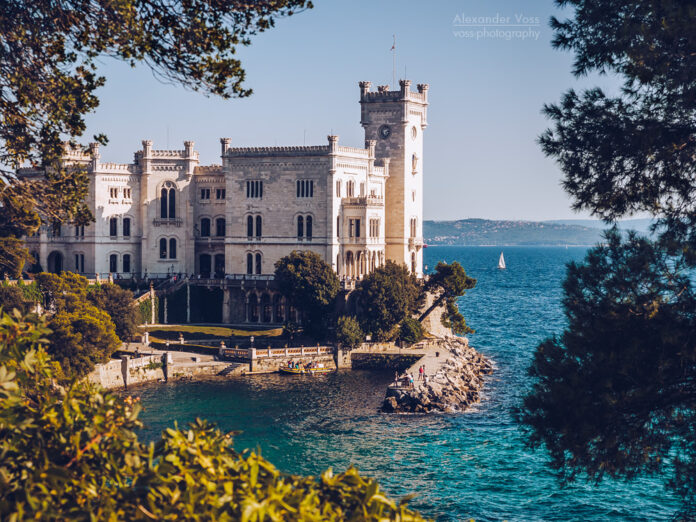 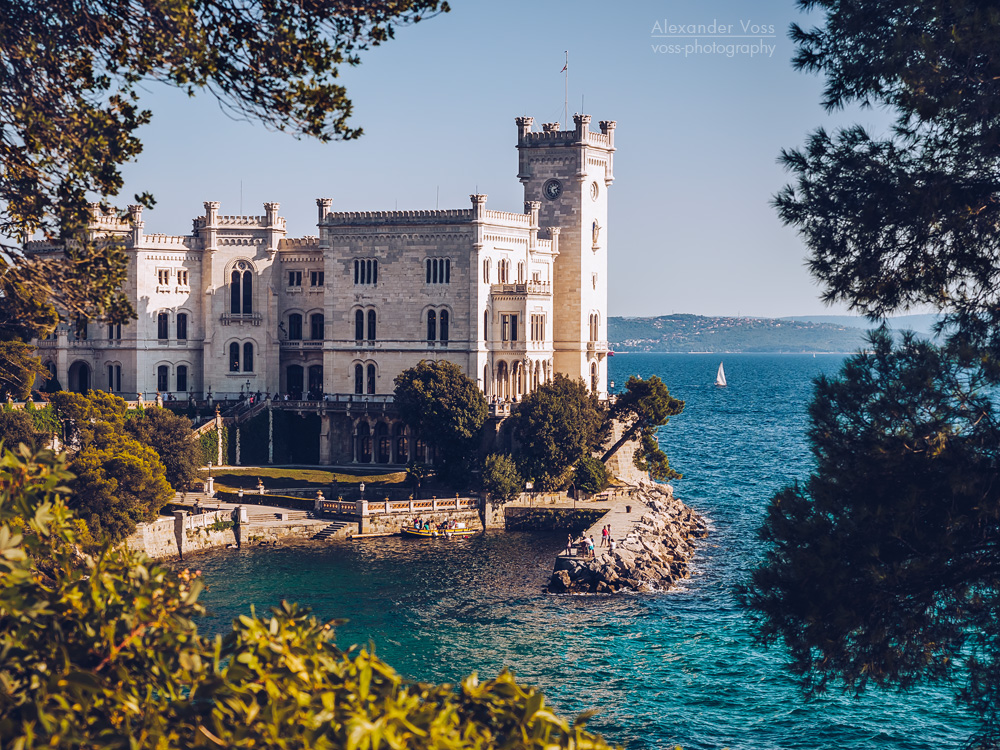 It’s not hard getting from Lake Bled to Trieste using public transportation, but the schedules don’t quite measure up to optimal use of short time. We’ve booked the equivalent of a local Slovene Uber to make the drive.

As recently as July 11 of this year, I was writing (and thinking) about Trieste in the context of unfinished bucket-list business.

ON THE AVENUES: Trieste, New Albany and the meaning of nowhere.

“Melancholy is Trieste’s chief rapture. In almost everything I read about this city, by writers down the centuries, melancholy is evoked. It is not a stabbing sort of disconsolation, the sort that makes you pine for death (Although Trieste’s suicide rate, as a matter of fact, is notoriously high.) In my own experience it is more like our Welsh hiraeth, expressing itself in bitter-sweetness and a yearning for we know not what.”
— Jan Morris

Somewhere around 17 or 18 years ago I read Trieste and the Meaning of Nowhere, “a meditation on the crossroads city of Trieste” by the Welsh journalist and writer Jan Morris (born in 1926 and still very much with us).

Trieste is an Italian city bordering Croatia and Slovenia, on a finger of land on the northern shores of the Adriatic Sea. Once, it rivaled Hong Kong as a great commercial port, a crucial outpost of the Hapsburg Empire where Italians, Slavs, and Austrians met to do business. Trieste’s cosmopolitan character kept it from being dominated by any one religion. The city is pleasant visually, but was too commercial ever to become a center for art or architecture. Morris argues, in essence, that Trieste is a good place but not a great one: the food is excellent but not ethnically distinct, and the people themselves are gravely courteous, but undistinguished. Trieste is almost nationless, thus its appeal to exiles like Morris, who has traveled the world in search of an identity.

In 1987, Trieste was my chosen portal to enter Yugoslavia, and as noted on a few hundred occasions previously in this space, by the time I started traveling in Europe in those ancient Reagan Era days, a fascination with the Habsburg dynasty of the latter (waning) historical epoch had started influencing my destination choices.

Consequently opting for Trieste as a gateway to non-aligned socialism had an ulterior motive, namely the strange figure of Maximilian (1832-1867), the younger brother of Emperor Francis Joseph.

Bearing no hope of succession to the throne, and relegated to relatively lesser sinecures (rear admiral in the Austrian navy, governor of the Habsburg Empire’s provinces in today’s northern Italy), Maximilian was ripe for exploitation by more conniving power-brokers like the French emperor Napoleon III.

The latter gazed upon Mexico as low-hanging fruit during the period of America’s pre-occupation with the Civil War, but a stooge was needed for plausible deniability. Enter Maximilian. Encyclopedia Britannica’s introduction is sufficiently terse to chart the dimension of the ill-fated Maximilian’s unfortunate career choice in Mexico.

Maximilian, in full Ferdinand Maximilian Joseph, (born July 6, 1832, Vienna, Austria—died June 19, 1867, near Querétaro, Mex.), archduke of Austria and the emperor of Mexico, a man whose naive liberalism proved unequal to the international intrigues that had put him on the throne and to the brutal struggles within Mexico that led to his execution.

However, before trundling off to the New World and his appointment with destiny, Maximilian performed the single deed he’s most remembered for now, 150 years later. He leveraged his family’s wealth into the construction of a castle on the Gulf of Trieste, a few miles outside the city.


The Stunning Miramare Castle in Trieste

In a spectacular location on a rocky spur jutting out into the Gulf of Trieste, the Miramare Castle is no doubt one of Trieste’s major attractions.

It was built between 1856 and 1860 as the residence of archduke Ferdinand Maximilian Joseph Habsburg-Lorraine, a younger brother of the Austrian emperor Francis Joseph I, and his wife Charlotte of Belgium.