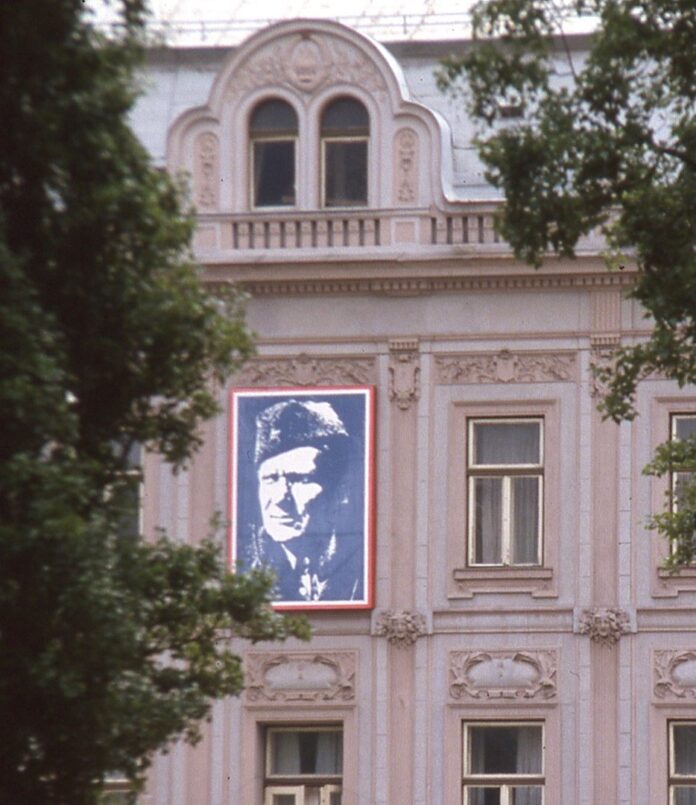 The overall history of Bled, Slovenia can be perused at In Your Pocket. It’s a tourist town in the countryside in the foothills of the Julian Alps …

… with a charming church on an island in the lake that has been pictured on a thousand jigsaw puzzles.

Swiss hydropath Arnold Rikli spent 52 years in Bled, founding the Institute of ‘natural healing’, and perfecting a rehabilitation program of bathing, taking steam baths, walking, and eating vegetarian; which proved a hit. Indeed, Bled was later recognised as one of the most important tourist sites in the Austrian empire, receiving a gold medal in Vienna in 1903; having got its own train station at Lesce in 1870.

Of more recent topical interest, at least to me, is this specific historical footnote: Vila Bled, hidden pearl of President Tito’s, communist president of Yugoslavia.

You can read about Josip Broz (Tito) at Wikipedia; in the meantime, I leave you with this indelible image of Soviet kingpin Leonid Brezhnev (left, with pistol) and Tito (right, seated) on a “hunt” in the Ukraine. 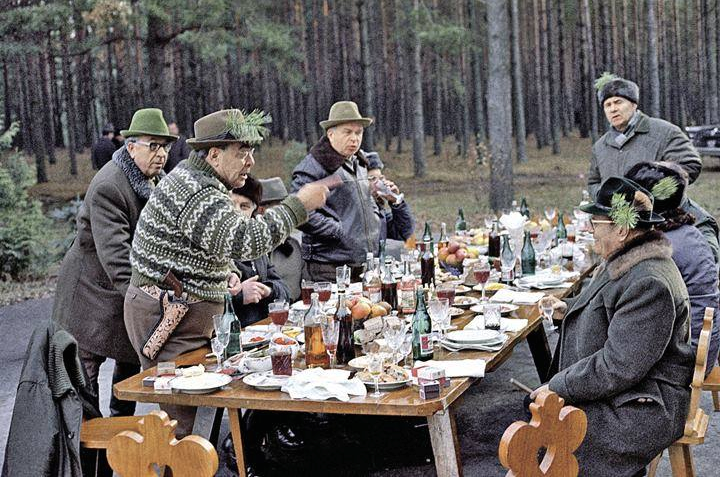