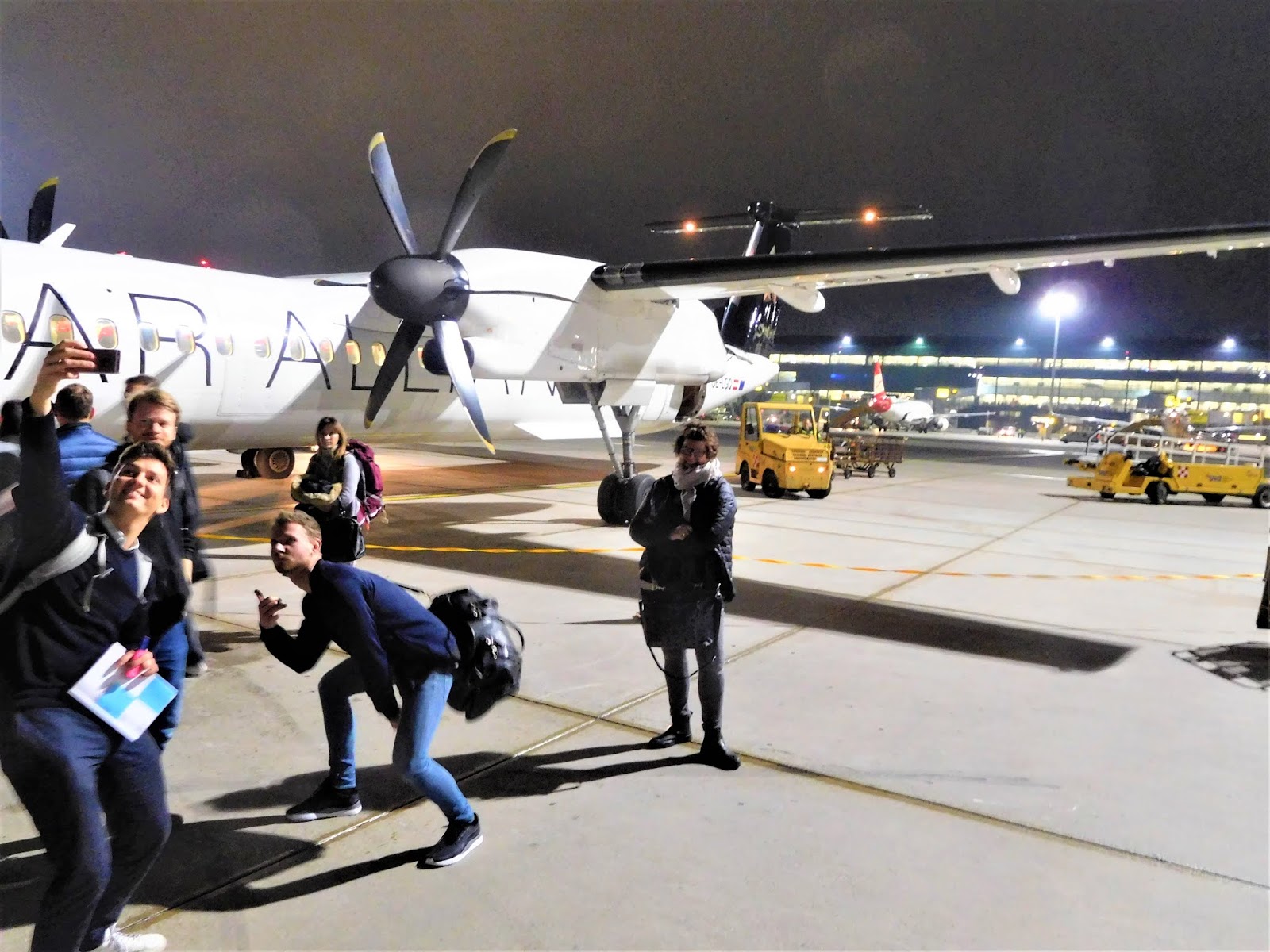 Weather delays affecting air travel make me yearn for the old days when most of my continental transfers were by rail. They take longer, but train carriage picnics can be lovely.

On Monday afternoon we found ourselves in Vienna; actually outside Vienna at the city’s airport, with not quite enough time to do anything exciting except remain seated there amid growing uncertainty as to when (and if) there’d be a flight to Zagreb.

Fortunately a nice Vienna-style sausage, some goulash soup and an Ottakringer lager soothed the pain of displacement. 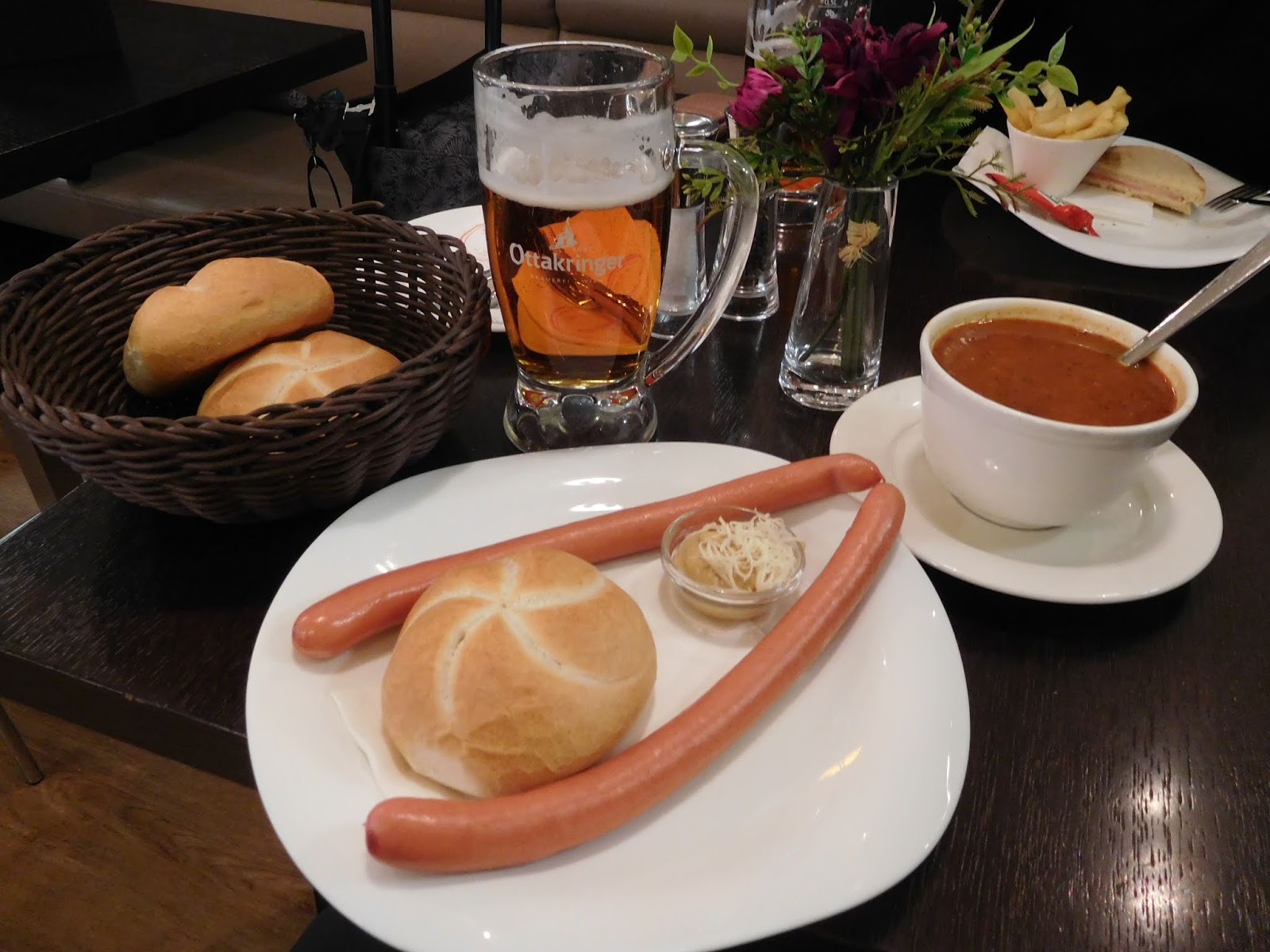 Flying on a turboprop always gives me flashbacks to all manner of WWII movies (see lead photo above), and one served as our passage to Zagreb. According to Time magazine, commercial prop plane flights ceased in the United States in 2018. Ours from Vienna in 2019 was a smooth ride and got us at long last into Zagreb around 7:30 p.m. A shockingly expensive cab ride brought us to the Hotel Esplanade. 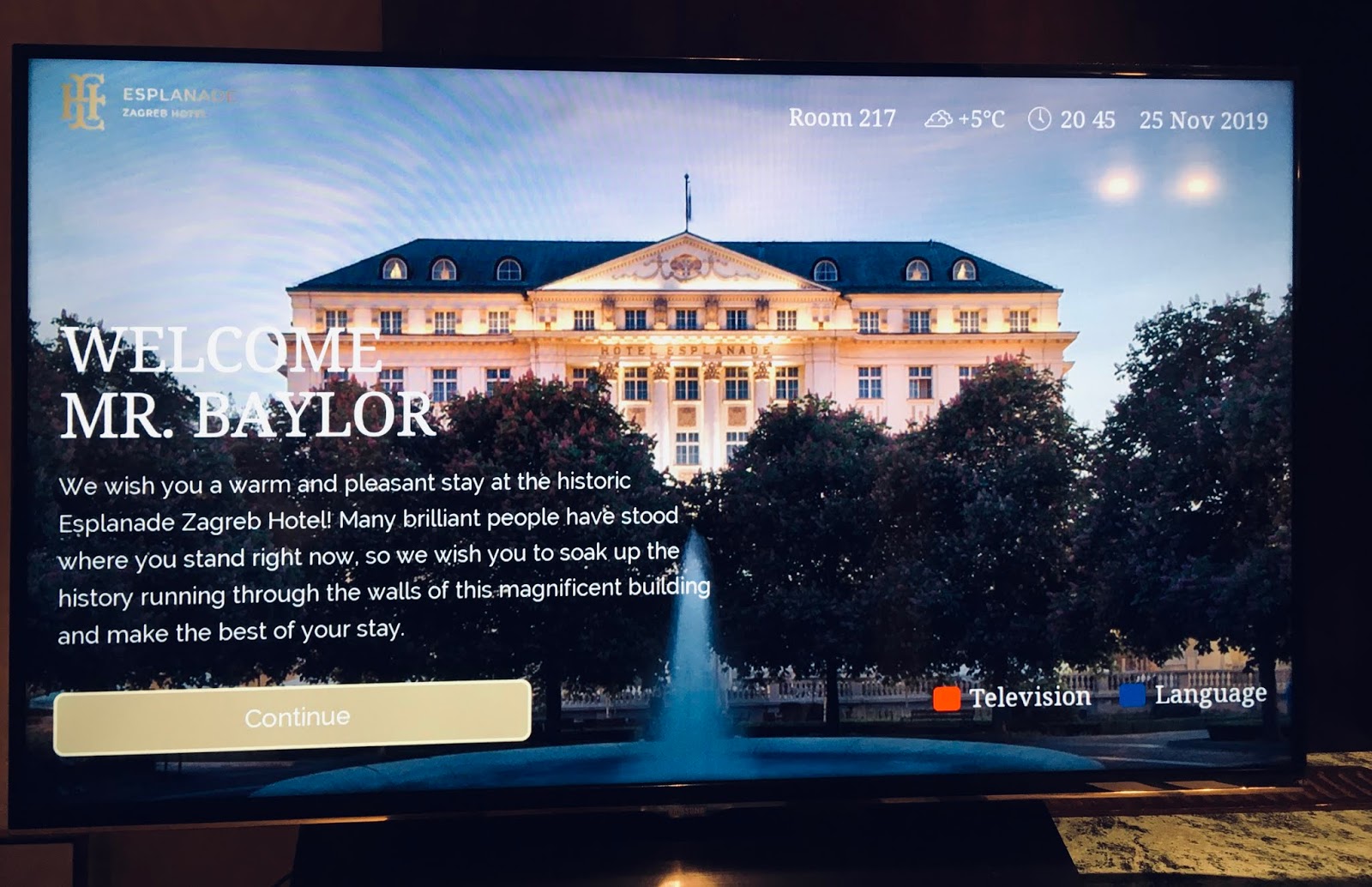 The Esplanade was a splurge. Originally we’d booked flights into Ljubljana and out of Trieste, but the bankruptcy of Adria Airways made Zagreb the only viable alternative, so we added a night to the beginning of the trip.

The Esplanade is located adjacent to the Zagreb train station. The hotel dates to 1925 and was an interwar haven for well-heeled travelers on the Orient Express. During this period the hotel also was a center of social life in the city. The high times came to an end from 1941-1945, when the Esplanade was appropriated by the Gestapo and Wehrmacht, wartime occupiers of then-royal Yugoslavia.

Post-war Yugoslavia was transformed by Josip Broz Tito into his personalized version of a “third-way” socialist state, and apparently the Esplanade eschewed luxury during the period of national recovery from 1945 through 1960, serving as workers’ restaurant and hostelry, and leaving the bejeweled classes behind.

By 1964 Tito had changed tack, seeing the benefits of a revitalized Esplanade to lure higher-dollar visitors. Renovated and made swanky again, the Esplanade became the socialist bloc’s first Inter-Continental-branded hotel. The most recent spate of remodeling occurred between 2002 and 2004, yielding the Esplanade as it exists today. I believe the ghost of Poirot still lurks. 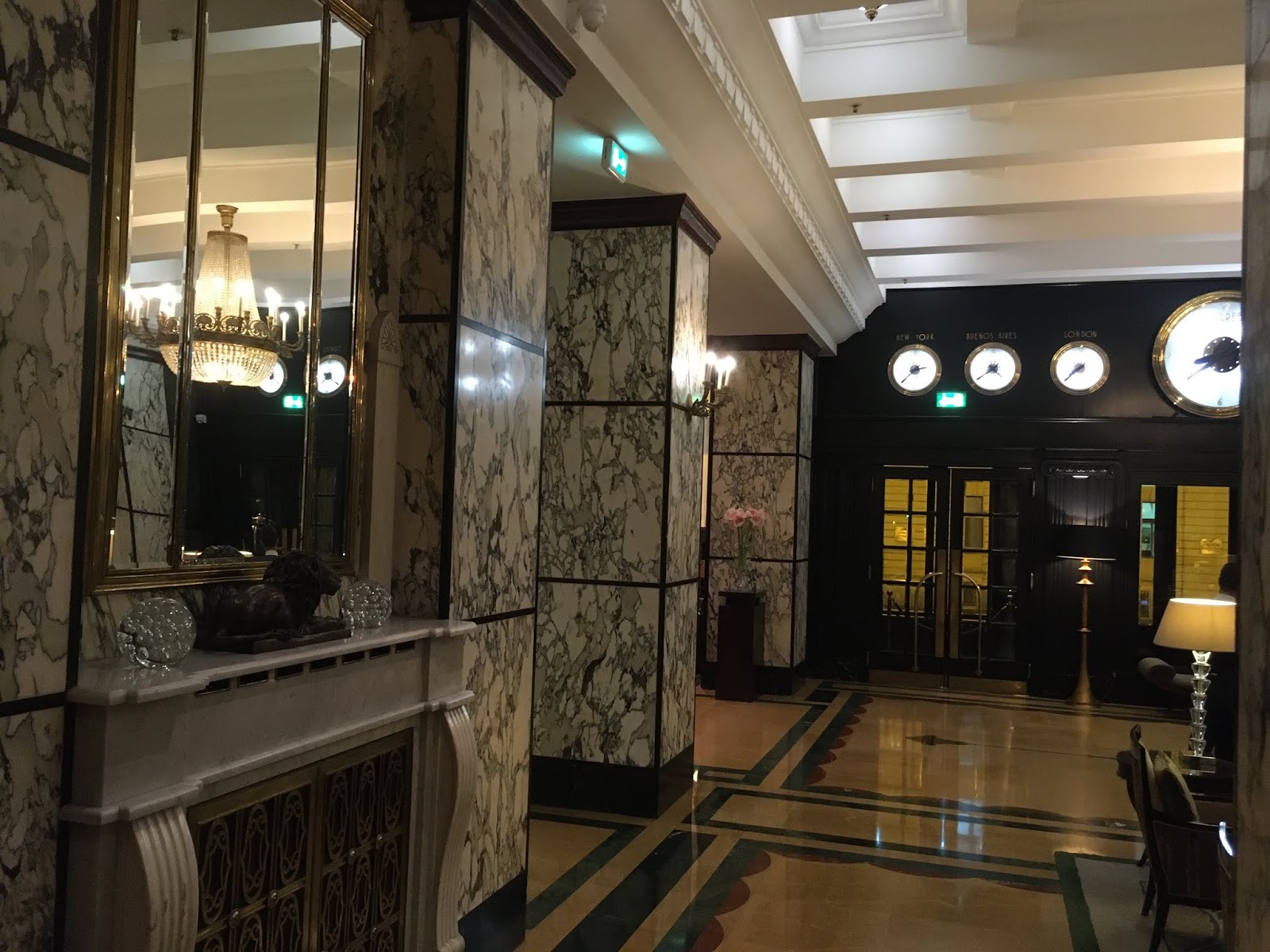 Unfortunately our travel delays left us little time to enjoy the hedonism, although we did our best by dining in the bistro on Monday night (the lamb was drop-dead brilliant, and the Croatian Merlot quite tasty), then taking full advantage of the stupendous breakfast buffet on Tuesday morning. 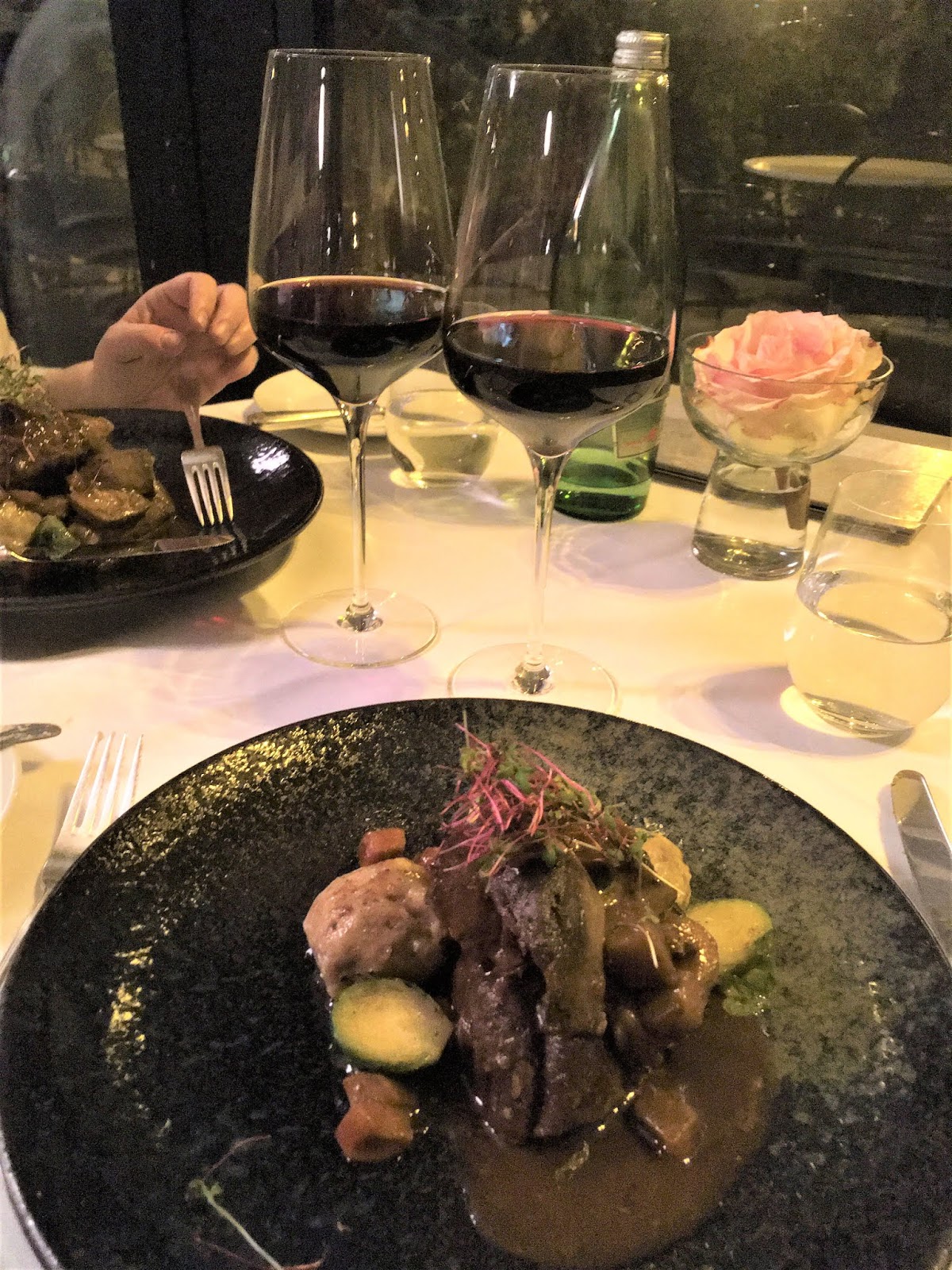 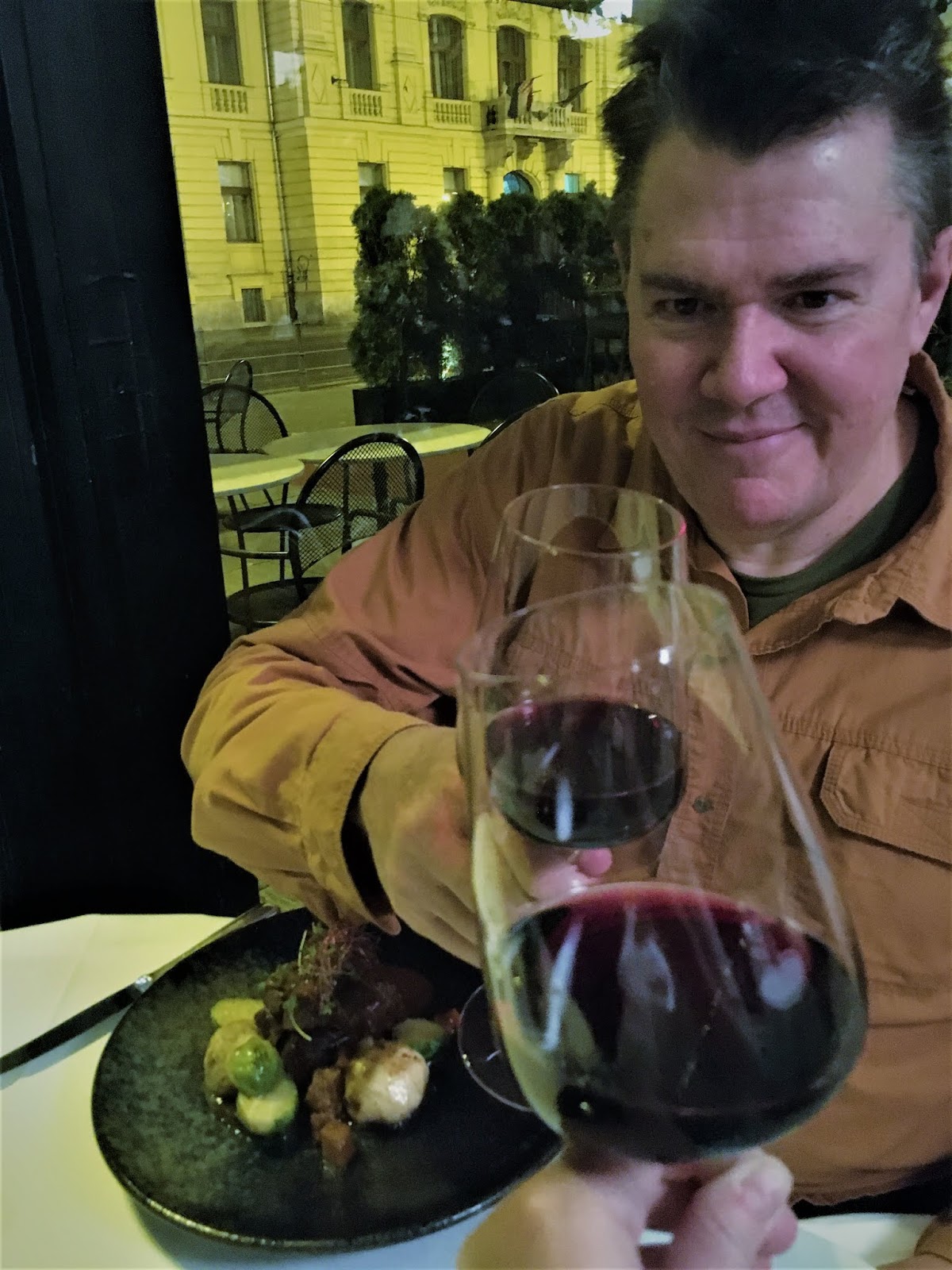 The breakfast buffet included a staggering selection of salami, cheese, eggs, pate, bread, fruit, pastries, yogurt, juice and cereal, but also offbeat selections like local sausages, smoked trout and roasted vegetables. It may have been the best I’ve ever seen. 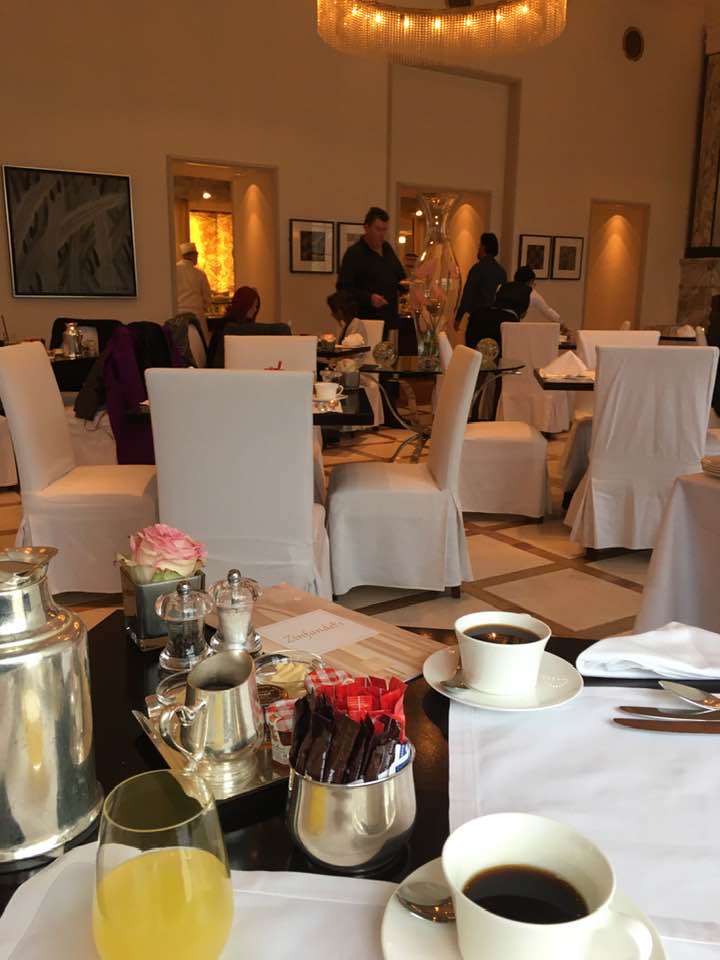 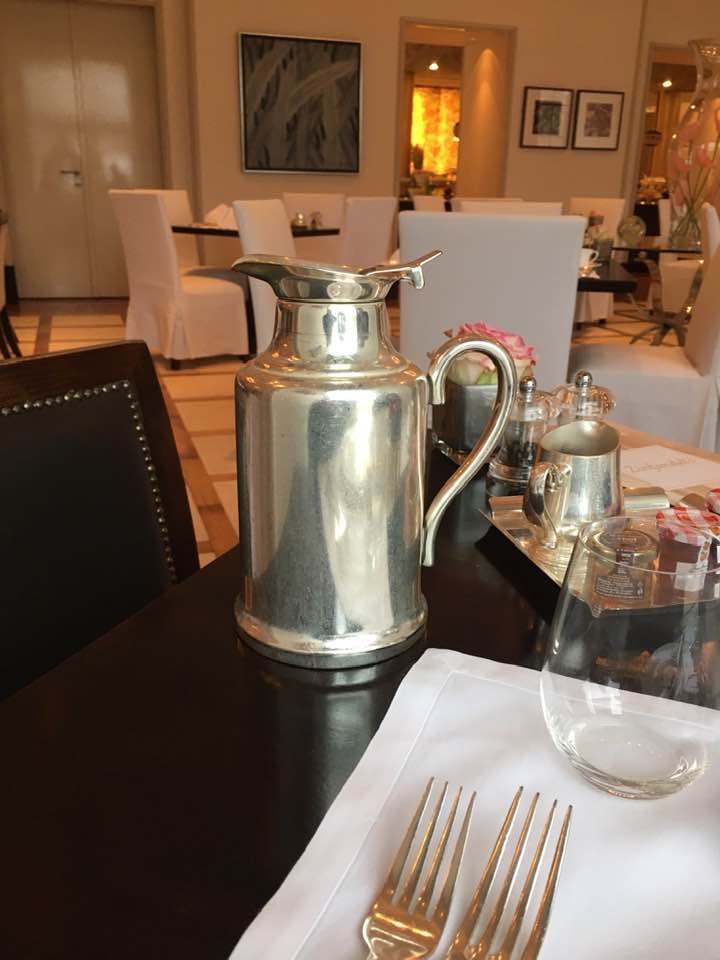 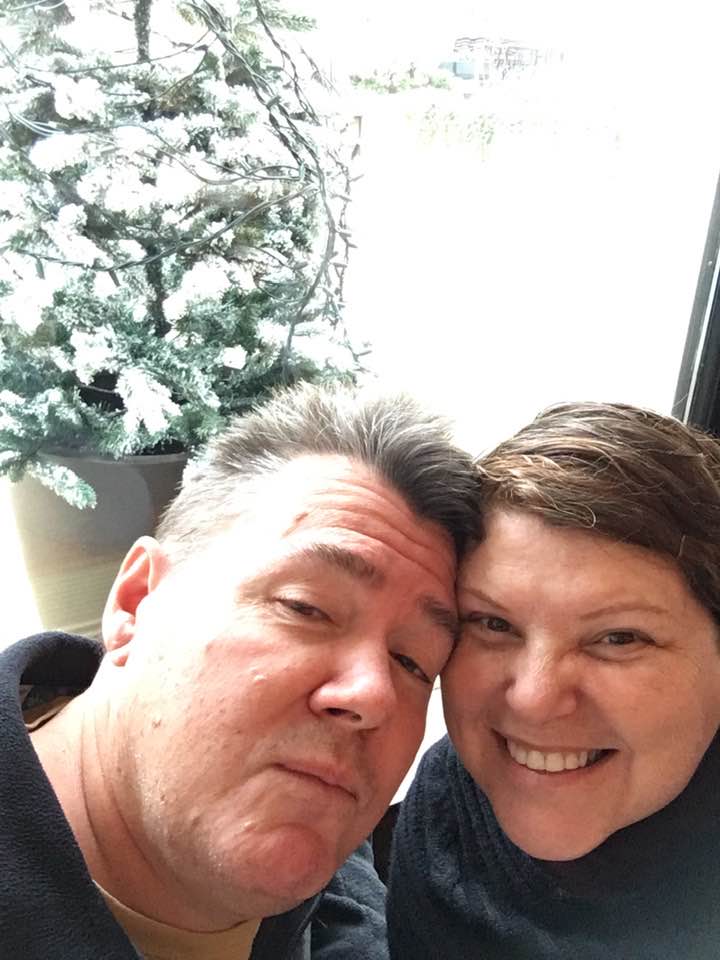 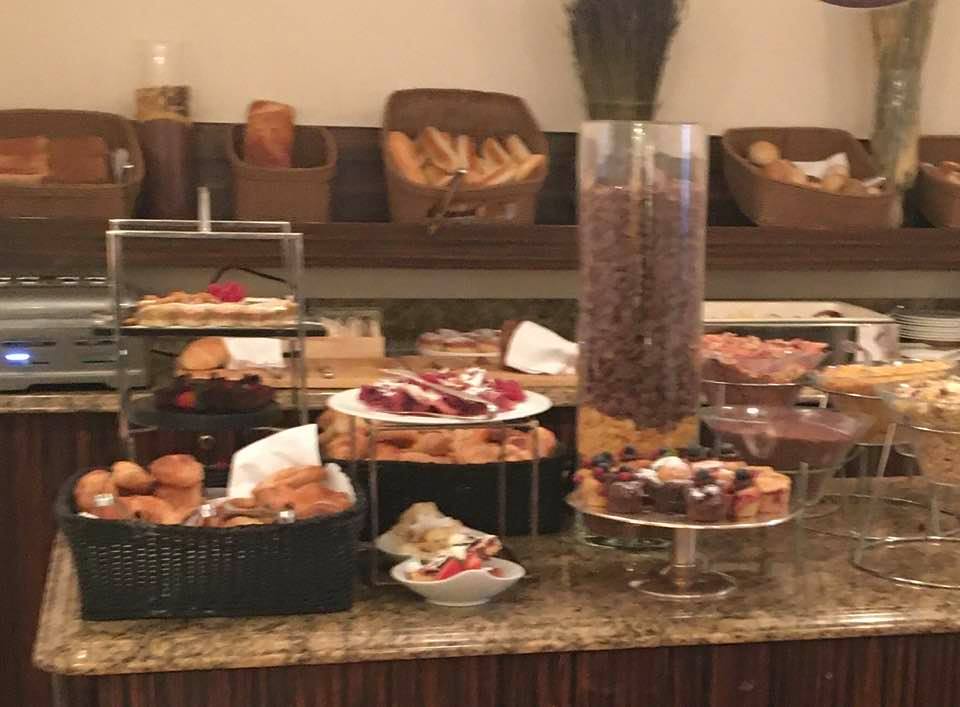 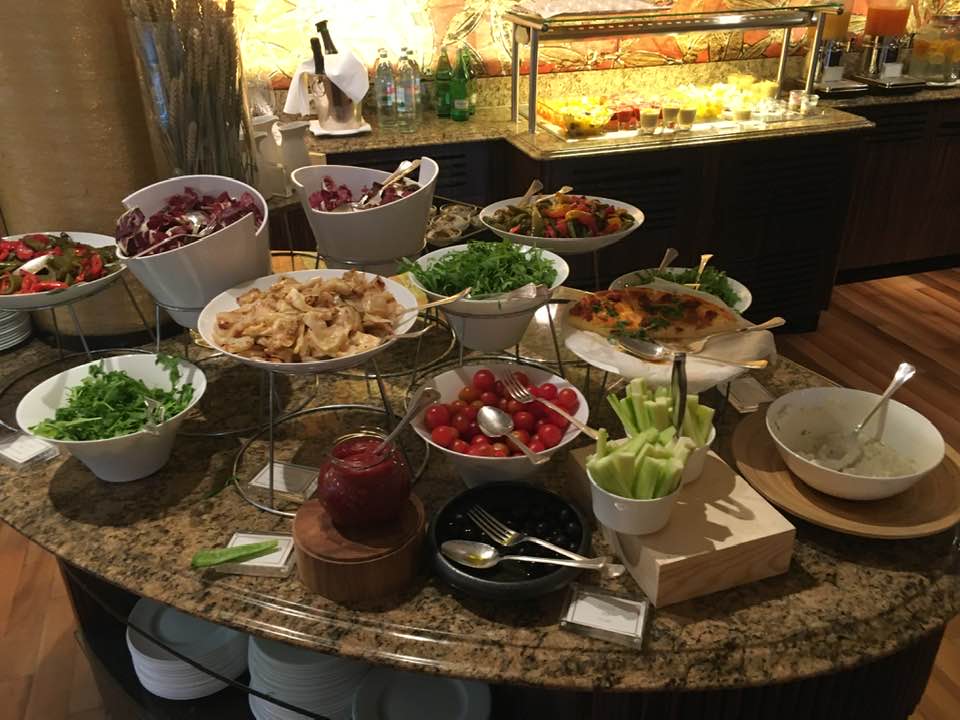 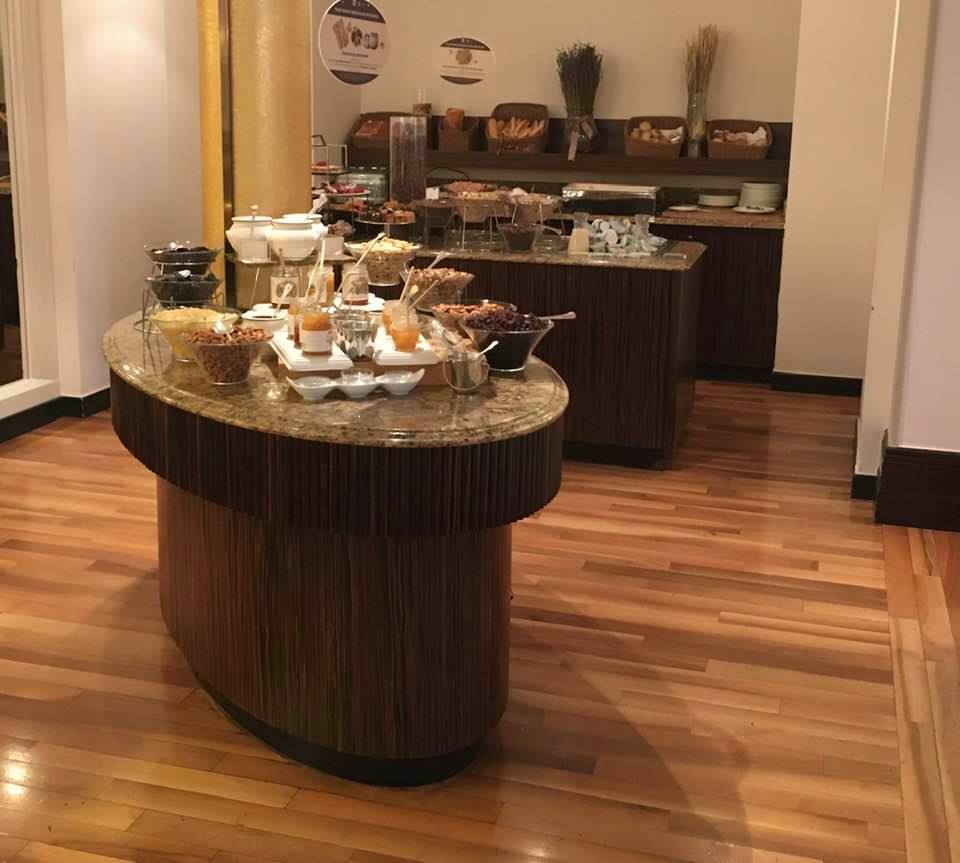 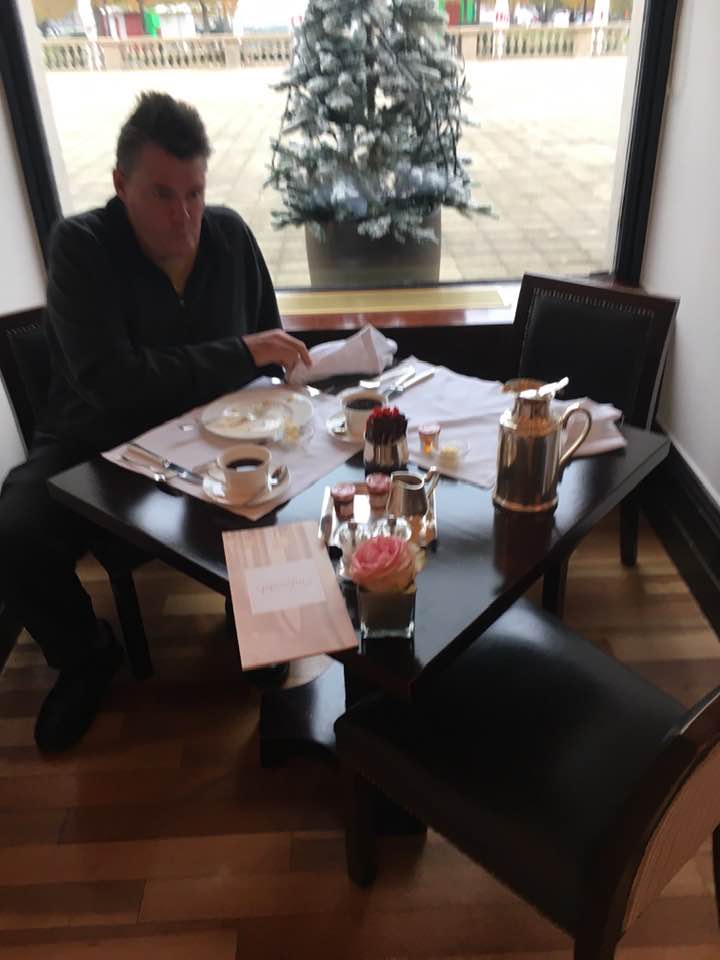 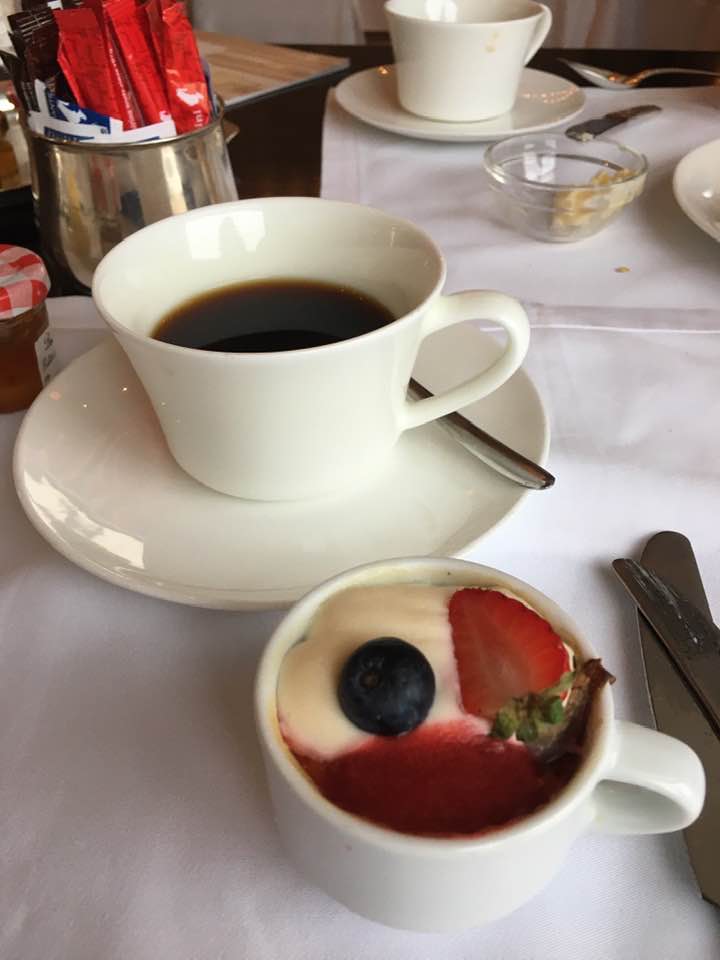 Duly stuffed, with a train to Ljubljana to catch after lunch and a checkout time from the Esplanade of noon, there was a chance to walk into central Zagreb for a Tuesday morning walk-around.

That’s the next installment.