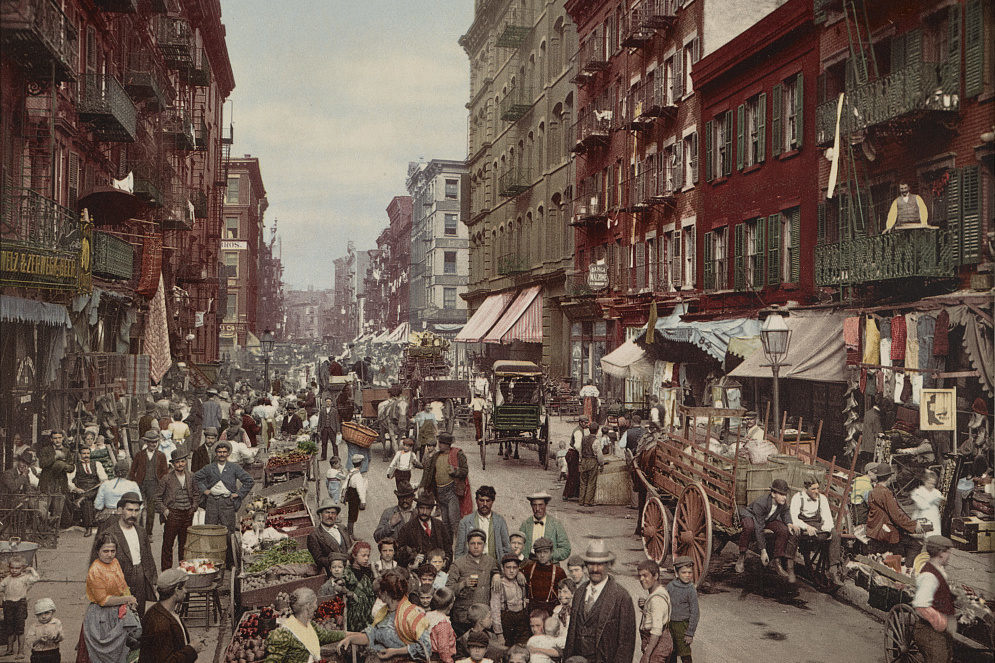 I’ve seen this photograph many times before, and it always affects me: Little Italy, New York City, circa 1900. This article will be of particular interest to anyone of Italian heritage, although music lovers might like it, too. After all, languages are quite musical. Open your ears, and just listen.

“Don’t eat gabagool, Grandma,” says Meadow Soprano on an early episode of The Sopranos, perhaps the most famous depiction of Jersey Italian culture in the past few decades. “It’s nothing but fat and nitrates.” The pronunciation of “gabagool,” a mutation of the word “capicola,” might surprise a casual viewer, although it and words like it should be familiar to viewers of other New Jersey–based shows like Jersey Shore and The Real Housewives of New Jersey, where food often drives conversation. The casts are heavily Italian-American, but few of them can actually speak, in any real way, the Italian language. Regardless, when they talk about food, even food that’s widely known by the non-Italian population, they often use a specific accent.

And it’s a weird one. “Mozzarella” becomes something like “mutzadell.” “Ricotta” becomes “ree-goat.” “Prosciutto” becomes “pruh-zhoot.” There is a mangling of the language in an instantly identifiable way: Final syllables are deleted, certain consonants are swapped with others, certain vowels are mutated in certain places.

Most immigrant groups in the United States retain certain words and phrases from the old language even if the modern population can’t speak it. But for people outside those groups, and even, often, inside them, it’s next to impossible to pick out a specific regional accent in the way a Jewish American says “challah” or a Korean-American says “jjigae.” How can someone who doesn’t speak the language possibly have an regional accent?