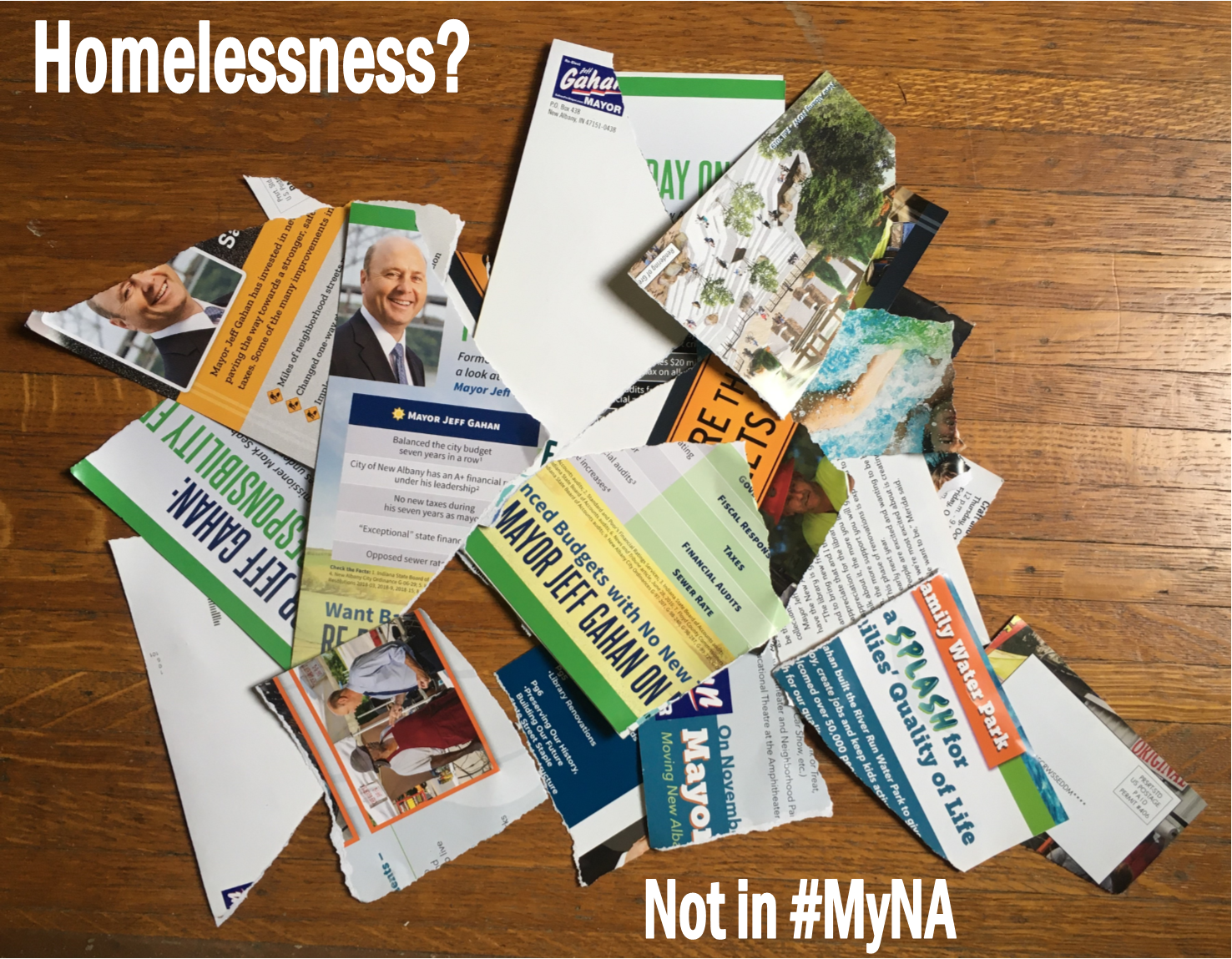 Who are you going to believe, Jeff Gahan or your own two eyes?

Meanwhile, Dr. Tom is being far more sensible than usual.

NEW ALBANY — A grassroots group that provides weekly meals to New Albany’s homeless community could see some changes as it faces issues with the Floyd County Health Department, and organizers are worried about the future of the program.

We the People of New Albany, a volunteer-run meal program, meets from 3 p.m. to 5 p.m. every Sunday at Bicknell Park at 315 Silver St. to serve meals, which are donated by community members. The meals for the homeless are now made in volunteers’ homes, but the Floyd County Health Department is concerned about the large number of home-cooked meals distributed by the group. The program could potentially be closed down unless it changes its operations.

The organization started its weekly picnics this summer, and over the months, they have grown significantly. They started out serving eight people at the first picnic, but the volunteers now serve about 50 to 70 people each week, organizer Kim Payne said.

According to Floyd County Health Officer Dr. Tom Harris, the group qualifies under the Indiana regulations for food preparation due to the amount of meals being cooked at individual homes and handed out. In order to continue serving meals to the homeless, the organization would have to cook the food in a kitchen approved by the health department or simply provide pre-packaged food with a longer shelf life …