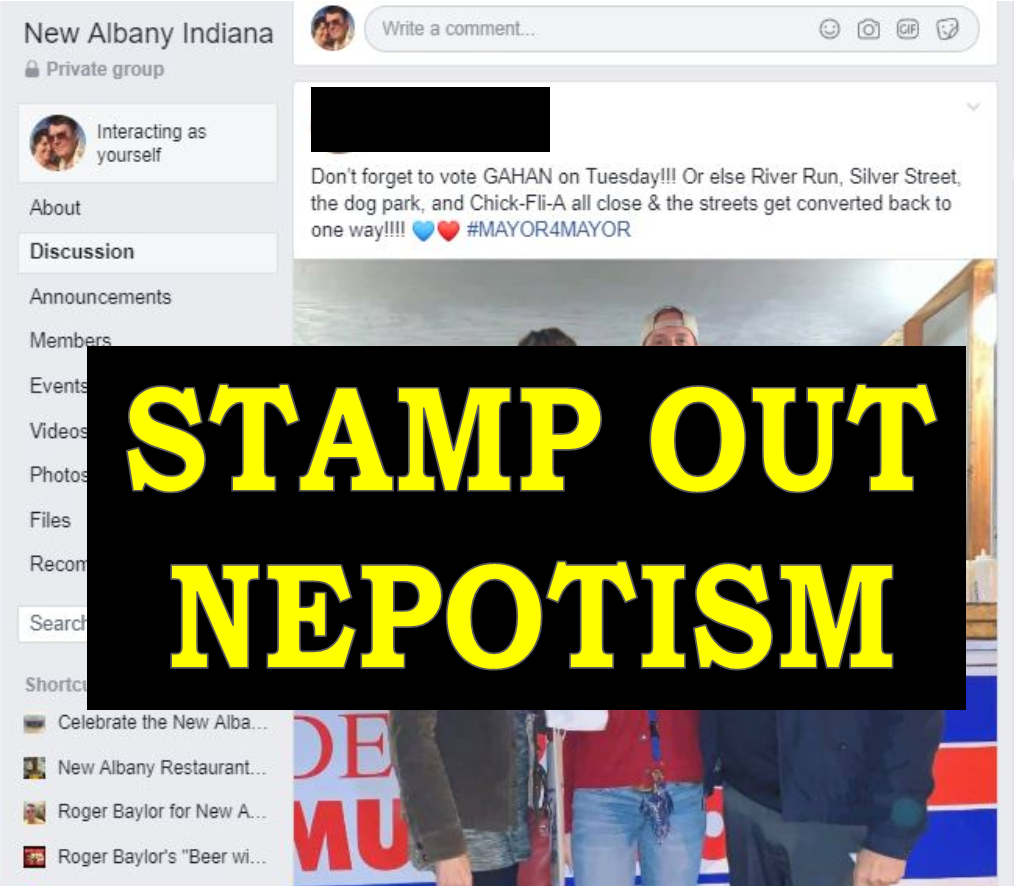 But of course the mayor’s family touts daddy’s candidacy. That’s not exactly a revelation, is it? They can say as they will, and we have the right of rebuttal. Case closed; welcome to adulthood.

Is it Beer Thirty yet?

Of course, it must be remembered that politics is muddy because politics is about power. That’s just the way it is. Power can make and break, and politics is the magic dust.

Politics can be made cleaner, primarily via checks, balances and transparency, but it would be a fool’s errand to imagine the process of wielding power ever will be pristine.

Folks, social media postings by family members are little more than a tempest in a teapot.

Concurrently, one of the biggest (and most genuine) issues that has been ignored during the current campaign is nepotism.

Following are a few past thoughts. Local DemoDisneyDixiecrats prone to complaining about Donald Trump’s children might be wise to take a glance in the mirror, if it isn’t already cracked.

Moooving Forward, Part One: But if flood protection requires “improvement” now, was it inadequate before, and why did “improvement” take eight whole years?

62,572 annual reasons (and 26 cents) why “a great experience is priceless” is the worst answer for any city employee to give.