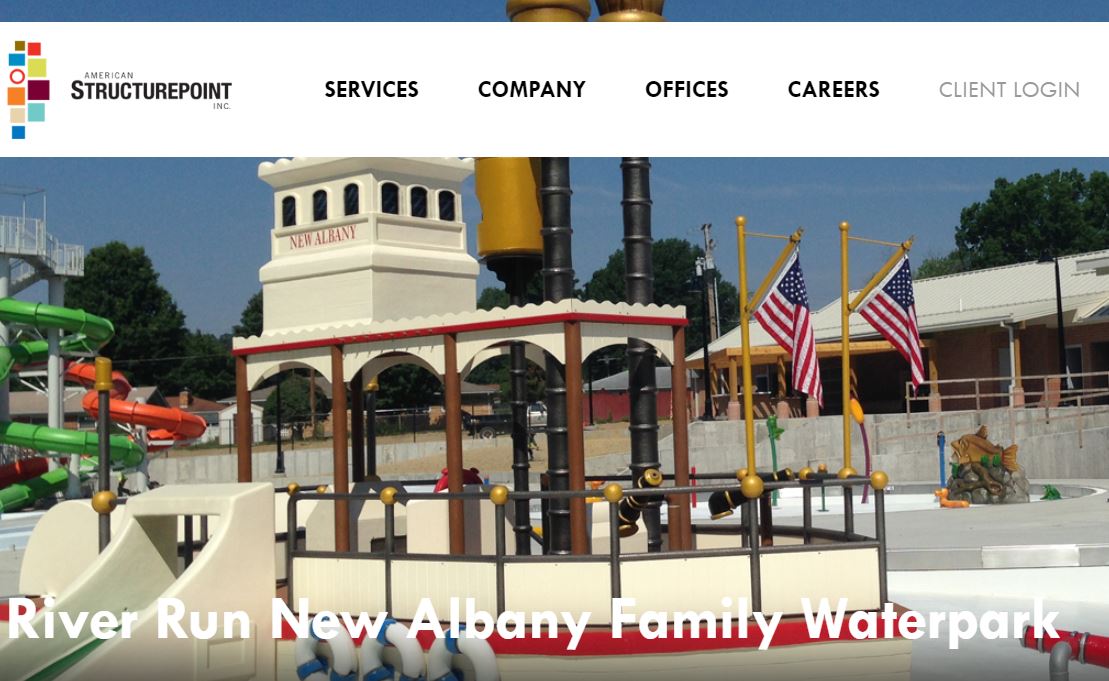 Today we have two related topics.

Second, there’s a question and answer session with a citizen who is being stonewalled by the city with respect to a public records request.

But first, some background on the subject of the request: River Run Family Water Park. In 2013, NAC’s Jeff Gillenwater did what the newspaper refuses to do, then as now — namely, research:

Water on the brains: Much less for far more will keep us swimming in it.

Unlike some voluntarily voiceless council members, I bothered with a smidgen of research into how comparable cities have handled comparable situations.

Six years later, with River Run in its fourth season of non-transparent operation, we spotted an example of selective municipal reasoning:

GREEN MOUSE SAYS: Why does City Hall demand financials from the county parks department when it eternally refuses to divulge its own River Run Gahan Water Dome numbers?

To the Green Mouse’s knowledge, the city has steadfastly resisted releasing the financials of the water slide for four years, almost surely because they’re not pretty, or contain buried land mines; for instance, how is the aquatic acreage connected with the new fire station’s monthly disbursements?

Now for the facts of the city’s public records request refusal, as revealed in the following interview conducted by NA Confidential with Randy Smith, New Albany resident, taxpayer and owner of Destinations Booksellers.

NA Confidential: Randy, when did you submit a records request? To whom was it directed?

Randy Smith: I hand-delivered the request (dated August 6) on August 7, 2019 to Linda Moeller, controller for the city of New Albany. I did not request copies of these records at that time – only access to them to inspect and record the information for further use.

NAC: Why did you make this records request?

RS: My purpose is to analyze the financials of River Run Family Waterpark (RR) and to share my findings with the public.

NAC: What did you request of the city toward your aim of analyzing River Run’s financials?

RS: I requested access to the following records dating from the June 2015 to the end of July 2019:

REVENUES
1. Monthly revenue from admissions to RR.
2. Monthly revenue from concessions sold at RR.
3. Any other revenues from any source resulting from the use of RR each month.
4. Monthly reports to the Indiana Department of Revenue for sales taxes collected, reported, and remitted with respect to the operation of RR.

EXPENSES
1. Monthly expenditures/claims for utilities, including water, sewer, electric, gas, telephone, internet, or any other like expenditures related to RR and/or metered billing for each month for each category.
2. Monthly wages, salaries, and benefits for each person paid for work at RR, including professional, full-time, part-time, temporary, employee, paid contractor, or person paid, regardless of how that person’s position is designated.
3. Reports of allocations of payroll and benefits for administrative personnel whose duties include supervision or operation of RR for each month.
4. Reports of allocations of payroll and benefits for personnel from other city departments whose time has been spent in the operation or maintenance of RR, including public safety officials.
5. Expenses for maintenance conducted by contractors not employed by the city.
6. Expenses for consumables (other than utilities) necessary to the operation of RR.
7. Expenses for food and non-food items necessary to conduct concessions operations at RR.
8. Vehicle and equipment expenses that can reasonably be allocated proportionally to the operation and maintenance of RR.

NAC: Under the Indiana Access to Public Records Act, citizens are entitled to a response within 24 hours of receiving such a request. Were you contacted within 24 hours as stipulated?

RS: Yes, Moeller’s initial acknowledgement to my note came on August 7th when I handed it to her. She observed that the city has its own form, only slightly different from the official state form. She said my form complied.

On the 8th I followed up by e-mail, indicating that while it might take time to pull together all the information I’d requested, I am especially interested in the sales tax returns to the Department of Revenue, which would take almost no time to produce; I could even come down to the City County Building immediately and inspect them.

At this point (August 9) she replied.

I was out of the office yesterday and was getting ready to respond to your public records request dated August 6, 2019. Within 10 days you will be provided with the materials requested or a status update.

NAC: To be clear, on August 9 you were told that within 10 days the request would be honored, or a “status update” given. Have you heard from Moeller since then?

RS: Yes, it is. It’s important to understand that the stipulated 10-day wait is purely arbitrary. With respect to sales tax records, while it might take me a few minutes, my own business can provide copies of every single sales tax return for the past 15 years. The major limitation on that is the time it takes to change from page to page of my returns history.

I also can’t understand the use of the term “available.” Why would not these records be “available” almost immediately? Certainly the 2018, 2017, 2016, and 2015 FY records are immediately available, right? Obviously the June and July 2019 numbers wouldn’t have been compiled, but why wouldn’t these numbers for previous years be right at hand?

NAC: Is there any mechanism for redress in cases like this?

RS: In view of the city’s non-responsiveness, I have sought the assistance of the state’s Public Access Counselor.

NAC: As of this writing, you’re not the only citizen to have requested the River Run financials and been refused. The city council evidently has seen only limited numbers for the past four years. What’s the principle at stake here?

RS: I think we all have the right to know how much it’s costing us to operate this facility. State law says we have that right. In other states, laws like the APRA are called “Sunshine” laws, in the belief that sunshine, or transparency, is a guard against misfeasance and malfeasance. And a suspicion of corruption is not a requirement. How a city spends its money is a legitimate public question.

Since I’ve received no formal response from the Gahan administration, I literally can’t say why these records remain secret. I am left only to surmise.

NAC: Do you think River Run is losing money?

RS: That’s actually beside the point. The city’s water recreation facility probably loses money — a lot of money. That’s OK. Elected officials can choose to lose money to provide a wading pool, splash pads, waterslides, and a “lazy river.” Those of us who thought the “pool” was a poor use of borrowed money can but criticize it now.

But, we are entitled to see the numbers.