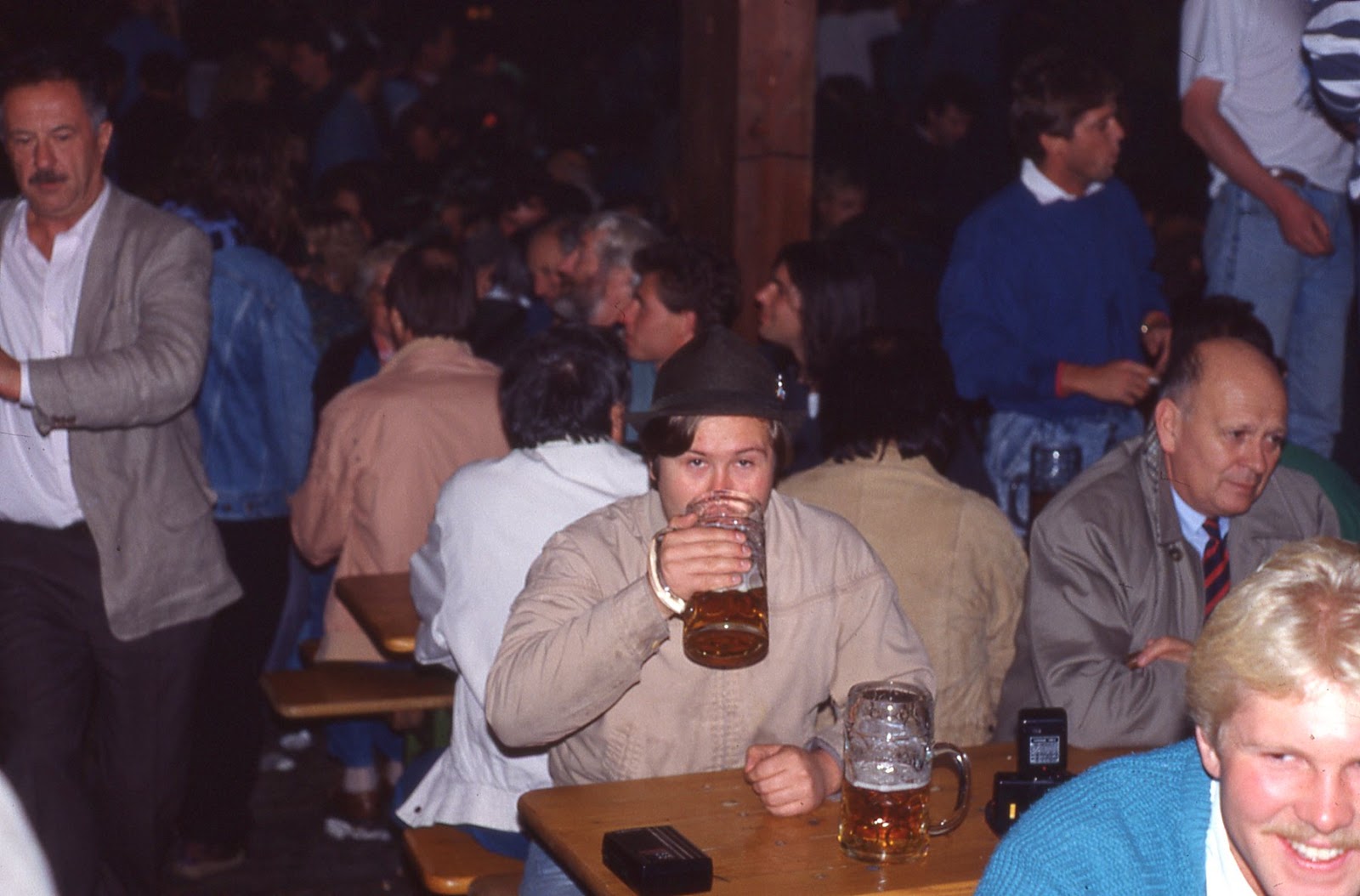 I vowed to hold out at Pints&union this year and wait until the middle of September to tap the first keg of Oktoberfest beer, and this we managed to do. Several different brands have poured since then, and calculating collectively, Oktoberfest has by far been the fastest-moving tap for the past month.

We depleted three Sam Adams Octoberfest kegs over the weekend during Harvest Homecoming, and will be finishing the fourth this week. For us, that’s great speed.

In this essay, Lew reminds us of the joys of seasonal beer consciousness. It’s spot on, and you need to absorb it along with a half-liter of that Weihenstephaner Kellerbier we tapped on Sunday (Pints&union is taking Tuesday off and we’ll be back Wednesday this week).

I Need You to Drink Oktoberfest Beer Right Now, by Lew Bryson (The Daily Beast)

Our columnist hopes that celebrating Oktoberfest can bring back the tradition of seasonal beer drinking.

… We used to enjoy seasonal beer in America, too. It was one of the things craft beer did best. We drank toothsome fest beer in the fall, winter warmers through the holidays, burly barleywine in the very depth of winter, invigorating bocks and maibocks in the spring and spritzy hefeweizens in the summer. It was so widespread, that I once wrote up a proposal for a beer-based “book of days,” a calendrical compilation of what beers would be best for each day, and why, and what foods would make a proper feast with them, and recipes.

I dropped that proposal, because seasonality doesn’t really exist in our beer world anymore except for a few disparate days.

But Oktoberfest beer might be the way back to seasonal drinking …

It so happens the missus and I just purchased a few clips of Nürnberger-style sausages at Aldi, and mustard. There wee a few leftover HB Oktoberfests in the fridge. The weather finally had gotten cool. The meal was glorious.

… So, here’s what you need to do. Go get a six-pack or two and chill them. While that’s working, grill some bratwurst, roast a chicken, cook some hot dogs. Heat up some kraut, and slice up some gouda and Swiss with honey mustard and a hearty loaf of rye bread. Pour those Oktoberfest beers and chow down.