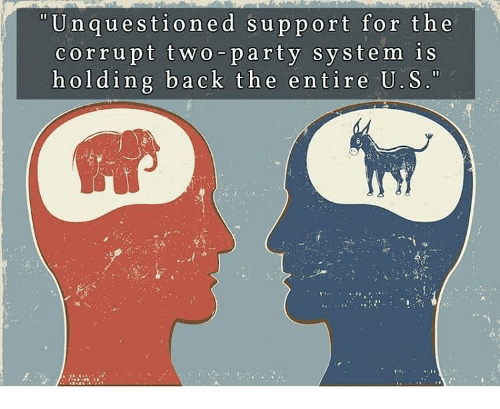 More essential reading. If we’re to endure this impeachment process, it seems a shame to condone one variety of corruption while prosecuting a second, merely to suit the political objectives of the two-party duopoly.

Anyone got a big-ass broom for both?

How did this get to be standard practice?

The whistle-blower scandal that has prompted the fourth presidential impeachment process in American history has put a spectacle from earlier this decade back on display: the jaw-smacking feast of scavengers who circled around Ukraine as Viktor Yanukovych, a Moscow-linked kleptocrat, was driven from power. Ukraine’s crisis was the latest to energize a club whose culture has come to be treated as normal—a culture in which top-tier lawyers, former U.S. public officials, and policy experts (and their progeny) cash in by trading on their connections and their access to insider policy information—usually by providing services to kleptocrats like Yanukovych. The renewed focus on Ukraine raises jangling questions: How did dealing in influence to burnish the fortunes of repugnant world leaders for large payoffs become a business model? How could America’s leading lights convince themselves—and us—that this is acceptable?

Voicing this question now invites an immediate objection: “false equivalence.” Let’s dispense with it. What Donald Trump has done—in this case, according to the summary of a single phone call, lean on a foreign president to launch two spurious investigations in order to hurt political rivals, offering the services of the U.S. Department of Justice for the purpose—is shockingly corrupt, a danger to American democracy, and worthy of impeachment.

But the egregiousness of these acts must not blind us to the culture of influence-peddling that surrounds and enables them. That culture is fundamental to the cynical state we are in, and it needs examining. All too often, the scandal isn’t that the conduct in question is forbidden by federal law, but rather, how much scandalous conduct is perfectly legal—and broadly accepted …