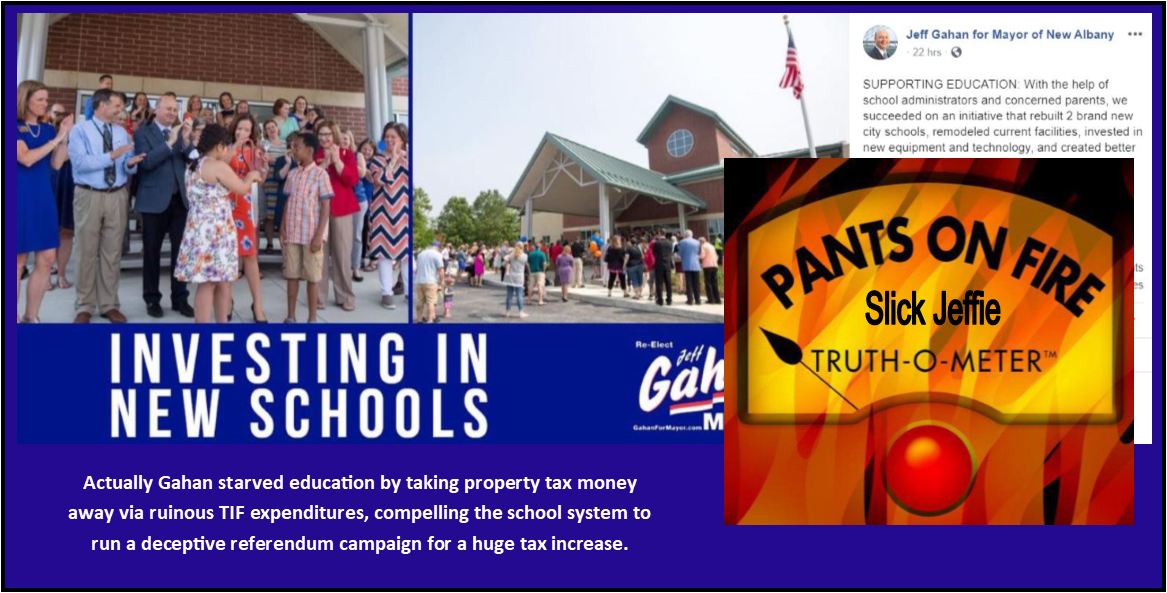 Note the use of the word “we” in this shameless whopper from Slick Jeffie.

SUPPORTING EDUCATION: With the help of school administrators and concerned parents, we succeeded on an initiative that rebuilt 2 brand new city schools, remodeled current facilities, invested in new equipment and technology, and created better spaces for learning for our children and families. Let’s keep moving New Albany forward!

A simple rule for using numbers in writing is that small numbers ranging from one to ten (or one to nine, depending on the style guide) should generally be spelled out. Larger numbers (i.e., above ten) are written as numerals.

MC: “Wow. Talk about taking credit when none is due. The voters of Floyd County, through a referendum, approved all of this. What’s next? Taking credit for the sun coming up tomorrow? I mean, how desperate do you have to be to come up with actual accomplishments? How about telling us the total debt load of New Albany now versus when you came to office. I’ll even let you off the hook by excluding the sewer department, which has it’s own budget.”

RC: “Exactly HOW did either the mayor or New Albany government make this happen?”

SW: “Let me get this straight — so he supported education by taking property tax money away through TIF, forcing the school system to run a deceptive referendum campaign for a huge tax increase?”

KC: “Help me understand what the city had to do with this.”

Calling yourself a “progressive”?


Hold Jeff Gahan to the same standard of truthfulness that you maintain with Donald Trump. Think you can do that?

Has Gahan done anything “progressive” in eight years?

Running up debts for your children and grandchildren to pay isn’t really “progressive,” is it?

How can you “move forward” with an anchor as your official symbol?