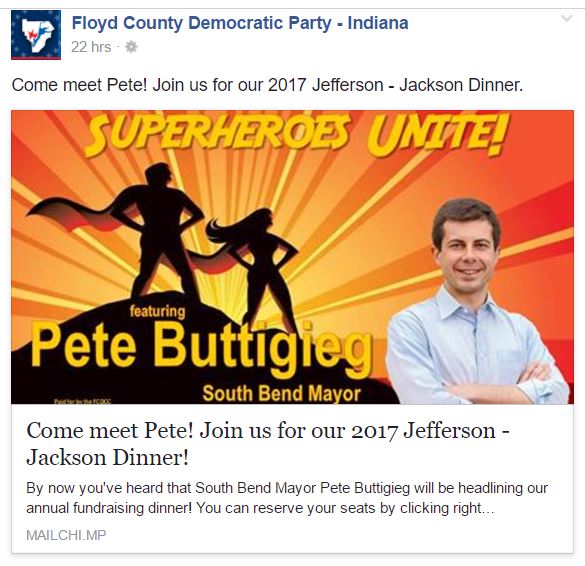 It doesn’t help that Buttigieg’s economic strategy is more of the same neoliberal claptrap. Two Democratic Party candidates make sense: Bernie Sanders and Elizabeth Warren. After that, I pick up a good book and tune out.

Why Pete Buttigieg is losing momentum at The Economist

… His main problem is his failure to appeal beyond a core of white, well-off, highly educated and urban liberals. Those supporters offer up plenty of money and host generous fundraising events. Mr Buttigieg, a Rhodes Scholar and former McKinsey executive knows how to connect with them. As a military veteran he also gets a warm welcome from supporters, again predominantly white, in small towns in New Hampshire and Iowa. But look beyond those two early-voting states, for example to South Carolina where black votes will be decisive, and polls show the Indiana mayor would be lucky to pick up 5%.

Mr Buttigieg struggles with African-American voters for a host of reasons. Some—but not all—are beyond his control. It may be that a youthful, white politician with limited experience of working in the black community would always find it tricky to fire up support among African-Americans, however much he calls out racism or touts his own well-meaning ideas, such as his “Douglass Plan”, to empower black Americans. It is understandable that other candidates, including Joe Biden (as Barack Obama’s vice-president), Kamala Harris or Cory Booker, should have an easier narrative to tell.

He has presented himself as a Midwesterner who presided over the economic recovery of a former rustbelt city and was handily re-elected as mayor with 80% of the vote. But those things do not mean that African-Americans, even in his city, are enthusiastic. Places like South Bend have long histories of racial segregation and discrimination. African-Americans do worse than whites in the city in school and college. They suffer higher rates of unemployment and poverty. As mayor, Mr Buttigieg has not focused on addressing those problems. In his memoir, “Shortest Way Home”, he has little to say about civil rights and race relations, beyond mentioning some symbolic efforts to rename a street and put up statues to celebrate African-Americans …