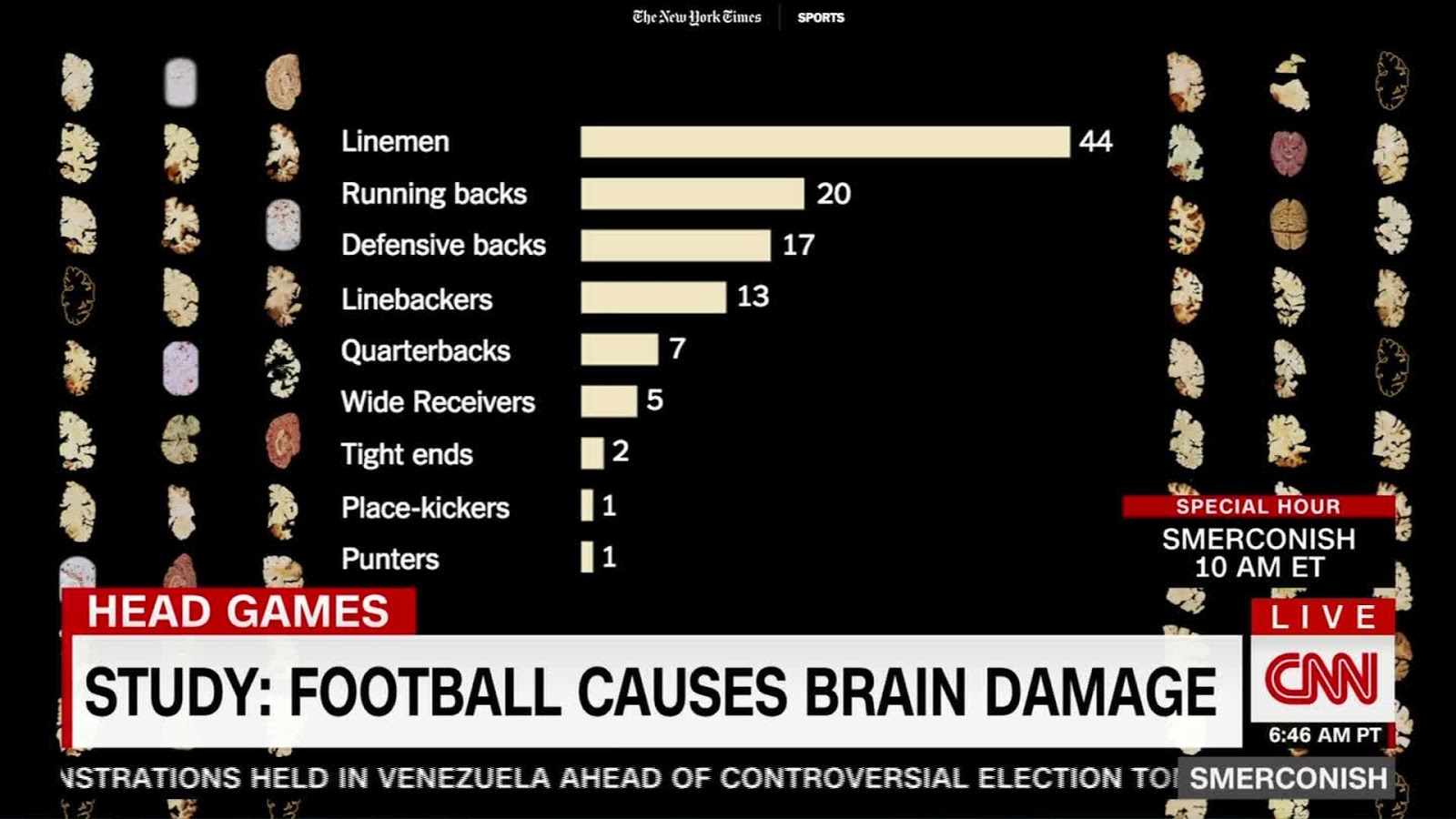 “No one else besides the NFL is stupid enough to keep engineering ways to sustain an unsustainable game.”

Andrew Luck’s description of the cycle of injury, pain and rehab sounds a lot like the current state of cancer-ridden capitalism, except that “rehab” hasn’t really occurred. But good for Luck; human rationality is such an elusive thing.

.. They want you to enlist. They want you to serve your team for God and country. That is the blueprint. The NFL has always been in love with its war metaphors. So it’s fitting that the league now finds itself existentially lost when trying to deal with the consequences of REAL human wreckage—of players discovering that this sport will kill them, and it will kill them faster the longer they play it. The NFL doesn’t want players like that. They want something beyond mere passion. They want players too obsessed to see the danger, or to feel the pain. They want you, pardon the expression, brain damaged. Andrew Luck knew better than to give his entire life to this league. He won’t be the last. In some critical ways, he is merely the first.