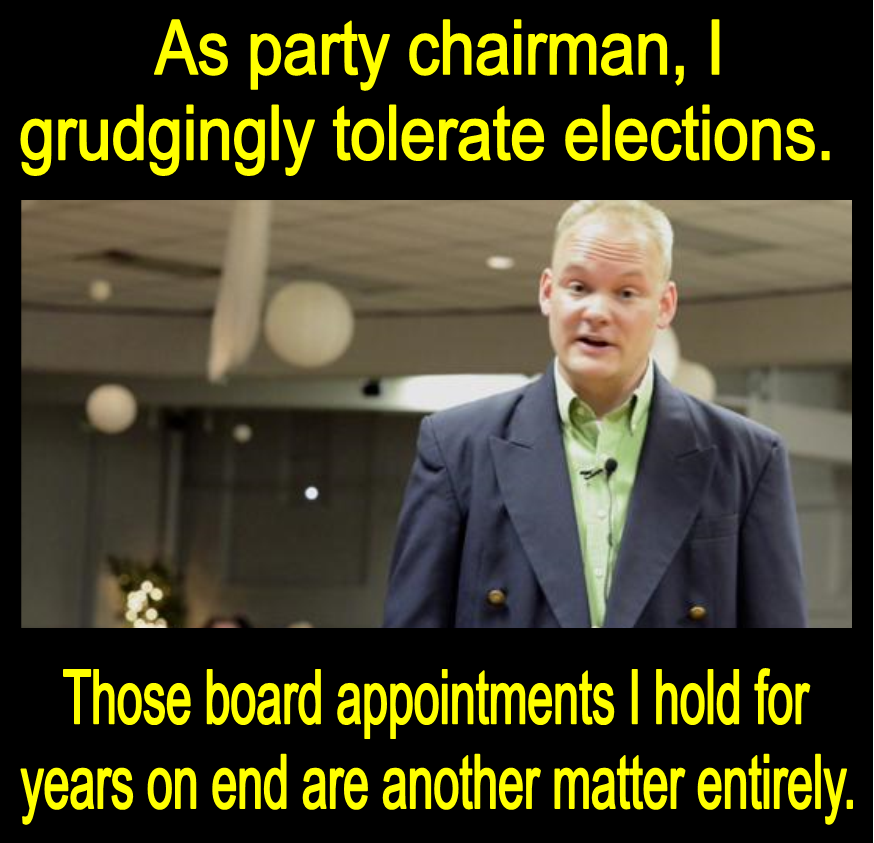 Slick Jeffie knows how to slow the cars, but he won’t. Maybe Mark Seabrook will take action where the Democrats have failed.

I know it may be a bit early but getting a bit nervous about the existence of any detailed plans by the city Republicans. After 8 years, we know the city Democrat’s plans: 1. Kick as many poor people out of the city as possible by destroying half the housing. 2. Rake in as much political contributions from outsiders who do business with the city. 3. Plaster Gahan’s name and image everywhere possible. 4. Totally ignore anyone who doesn’t drink the Kool-Aid even though they are citizens of New Albany.

He brings up a very good point, one I intend to address as time permits. I’ve consistently made an argument that goes something like this:

There’s an irrefutable degree of truth to the conclusion than we’d rather vote for an empty can of light beer or s used prophylactic than the incumbent, but it’s not fair to Mark Seabrook or Dan Coffey to deploy reasoning like this when casting a ballot.

(Of course, as someone who has run for mayor as an Independent, I’m highly qualified to add this: Coffey is a longshot, to put it mildly. However, he deserves a balanced assessment, and he’ll get it.)

And so, back to Mark Seabrook’s candidacy. I’ve been joking about “Socialists for Seabrook,” and the funniest part about my doing so is that I’m not joking at all.

However, the Republicans first must make their case and discuss alternatives to Gahan’s cult-of-personality-meets-pay-for play morass of government by cash-engorged clique, both as outlined by Mark C., but also addressing matters like the street grid (walkability, biking, mobility solutions), plans for coping during Sherman Minton Bridge work, economic development v.v. independent small business, reforestation, homelessness, drugs, and the like.

I want Gahan gone more than most. His reign has been appalling. The trials for corruption should begin the moment he’s deposed.

But I’ve been doing this bloggy thing for way too long to offer endorsements sans content. I’m listening – to Seabrook, to the GOP’s city council candidates and even to those rare Democrats willing to break their hideous mutant party chairman’s authoritarian embargo on basic human communications and step forward with ideas and discourse, as opposed to Dickey’s and Gahan’s bling and blindfolds.

(You too, Jason. Just tell Adam to grow a pair and stop censoring me on social media.)

Republicans, give me something to work with, because four more years of the governing clique isn’t about to feed the bullfrog, is it?