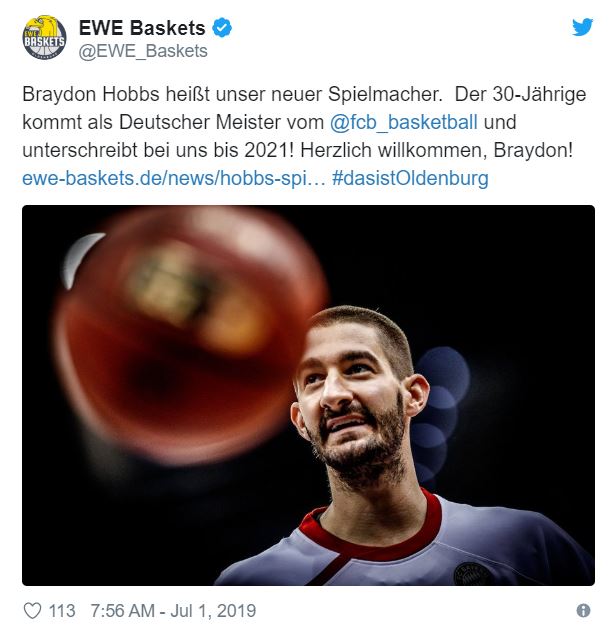 This is old news, but since I’ve yet to see it reported anywhere else locally let’s dig in. Regular readers will recall our trip to Munich last winter and a chance to see Braydon Hobbs’ team play without him.

Once the legendary Steve LaDuke caught wind of our plan to attend the game on the 21st, he contacted Braydon, who arranged the VIP experience for us. I can’t thank both of them enough. Unfortunately, Braydon wasn’t on the active roster for the game, which was in the EuroLeague, not the Bundesliga (German national league).

Unfortunate but great fun nonetheless. Steve had let us know that (a) Braydon wasn’t enamored of Bayern’s coach, and (b) his contract was set to expire anyway.

Consequently he’s signed with a new team in the Bundesliga, moving about as far away from Bavaria as possible while remaining in Germany, all the way north to Oldenburg.

I’ve never been there but it looks like an interesting place.

Best of luck to Braydon Hobbs and his family. I’ll need to be scouting occasions to catch another game, whether in Oldenburg or … dare I even hope? … Bamberg.