My attention was grabbed by the article’s lead photo (above), which immediately got me thinking about the two days I spent in Slovenia 32 years ago (below). 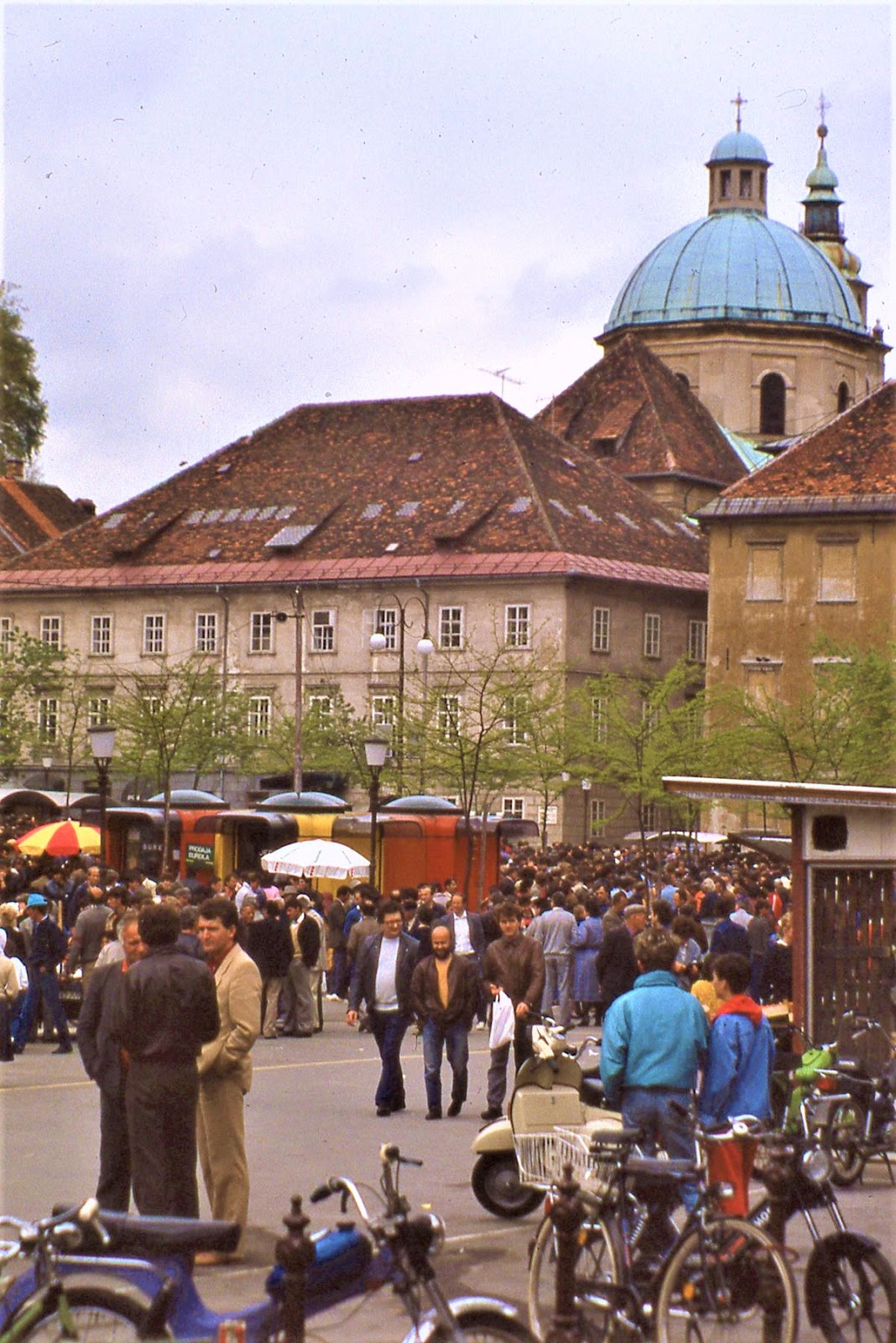 Looks like the same model to me, grouped at the market square in Ljubljana. There is less similarity with the ones I saw in Skopje, Macedonia, but it’s close. 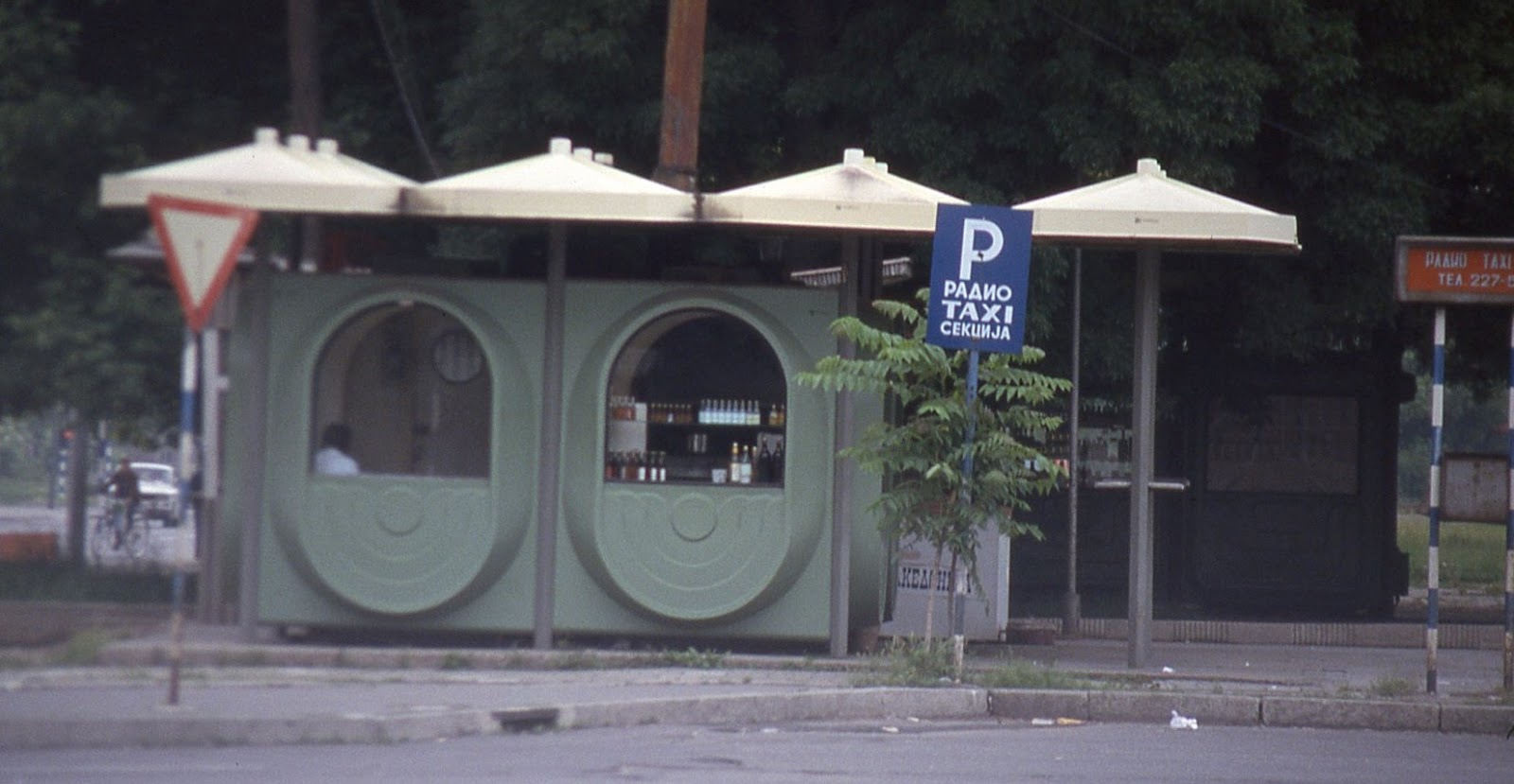 The article is fascinating with numerous links.

The places where we enact our daily lives are not grand design statements, yet they have an underrated charm and even nobility.

Architecture is not simply the stage set in which we live our lives. It is also a reflection of how we live our lives and who we are. An integral aspect to this is the unfolding of time. What happens when our needs, desires, and beliefs change, and the structures we have built no longer facilitate them?

Architectural preservation is often an issue of grandeur, both in a sense of size and richness, and decay. When we think of buildings that already been lost, they are almost always imposing structures—cathedrals, skyscrapers, temples. Yet the places where we enact our daily lives, and which reflect them even more than grand architectural statements, are smaller, more seemingly trivial and thus more vulnerable.

To appreciate the charms of small structures, it is useful to remind ourselves that we primarily interact with architecture from a ground level rather than the god’s-eye view employed in films and renderings. The architecture of day-to-day urban life is driven by utility and merges so integrally into our tasks that we barely notice it as architecture. There have been visionary architects who have recognized and celebrated the underrated nobility of everyday life, and there are some superlative little wonders scattered around our cities.

Le Corbusier’s seaside Cabanon remained a curious and charming one-off wooden cabin, despite his intention to roll it out as a series of nearby holiday homes. By contrast, there’s the streamlined fiberglass K67 kiosk by Saša J. Mächtig that flourished, for a time, in Slovenia. Being modular, adapting to fit the role and size required, the kiosk allowed “the possibility of growth and change,” in the words of the architect.